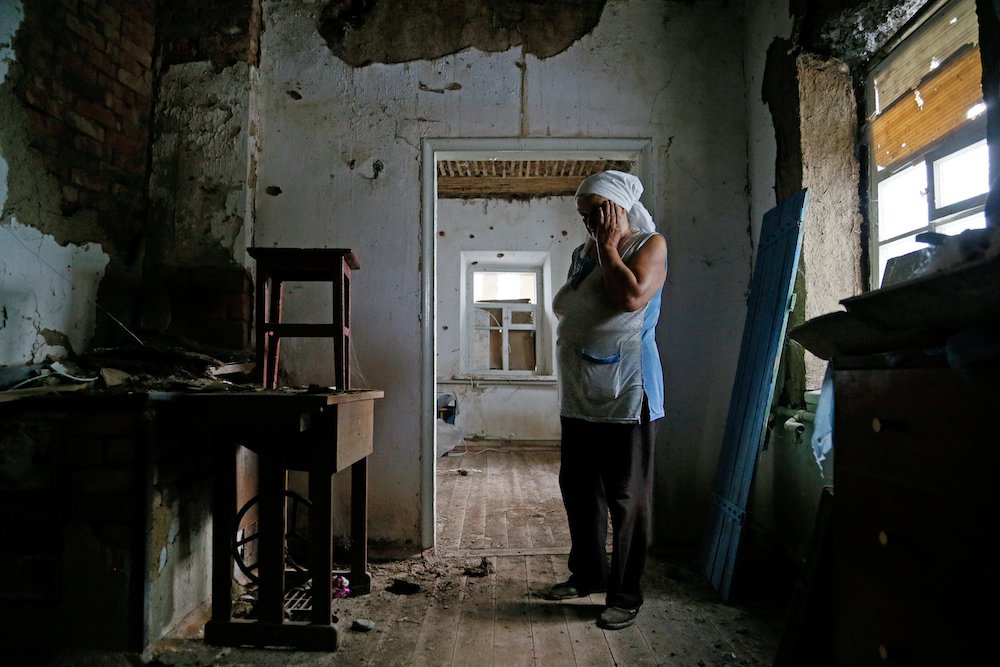 Katerina Izvekova, 77, inside her home damaged during a military conflict between militants of the self-proclaimed Donetsk People's Republic and the Ukrainian armed forces in late July (CNS/Reuters/Alexander Ermochenko)

The leaders of an international movement seeking to have the Catholic Church formally set aside its long-held teachings on just war theory are praising Pope Francis' new encyclical Fratelli Tutti, which said it is "very difficult" to invoke the theory today because of the brutality of modern combat.

Former and current presidents of Pax Christi International, which has co-hosted two conferences with the Vatican over the past four years focused on helping the church move away from the just war tradition, say the pope's document makes substantial progress toward their goal.

"I feel like what he was doing was moving the just war tradition further and further into the background, to put it on the shelf, where it belongs," said Marie Dennis, who served as a co-president of Pax Christi from 2007 to 2019. "It was progress in a very real way."

Dennis, who organized the 2016 and 2019 conferences in conjunction with the Vatican's Dicastery for Promoting Integral Human Development, told NCR that she thinks Francis is laying the ground for the church to eventually remove all support for the just war theory.

Loreto Sr. Teresia Wamuyu Wachira, a current Pax Christi co-president, called the pope's words in Fratelli Tutti "a shift to a new way of thinking." Wachira, a Kenyan who attended both of the Vatican conferences, said the pontiff is saying simply that "war has failed." 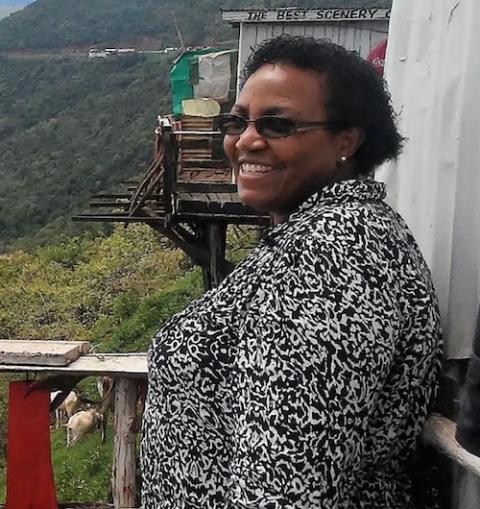 "For me, he's not mincing his words," said Wachira, a member of the Institute of the Blessed Virgin Mary. "He's kind of inviting us to think different and to act differently."

Others who took part in the Vatican events spoke even more bluntly.

"It is certainly a strong negative statement on the viability of the just war theory in our day and age," said Terrence Rynne, a theologian who took part in both conferences and is also an NCR board member. "He throws it, to all intents and purposes, in the ash can."

San Diego Bishop Robert McElroy, who took part in the 2019 conference, noted that Francis gave a fairly lengthy reflection on issues of war in peace in Fratelli Tutti but never gave an instance where war might be justifiable.

"Given this reality, in tandem with the teachings of Pope Benedict, it is hard not to conclude that the church is abandoning the just war framework and seeking to construct a new moral framework that has not yet emerged," McElroy told NCR.

"A comprehensive dedication to international norms and the power of nonviolence to achieve peace with justice will no doubt be central to this framework," said the bishop.

Francis' encyclical lays out the pope's comprehensive vision for how the world should change after the coronavirus pandemic and was released Oct. 4.

The just war theory was first referred to by fourth-century bishop St. Augustine of Hippo and uses a series of criteria to evaluate whether use of violence can be considered morally justifiable.

"We can no longer think of war as a solution, because its risks will probably always be greater than its supposed benefits," states the pontiff. "In view of this, it is very difficult nowadays to invoke the rational criteria elaborated in earlier centuries to speak of the possibility of a 'just war.' "

In a footnote to the above paragraph, the pontiff appears to go a bit further, stating that Augustine "forged a concept of 'just war' that we no longer uphold in our own day."

Dennis and others said they were unsure how to interpret that footnote, as it could appear that Francis means that the church no longer supports use of the just war theory at all, or that the theory has just not been well applied to current conflicts.

Daniel Cosacchi, a religious studies professor at Marywood University in Scranton, Pennsylvania, suggested that the footnote could be used by a future pope to further move the church away from the just war theory.

Cosacchi compared it to a footnote in Francis' 2016 apostolic exhortation Amoris Laetitia, which suggested that Catholics who have been divorced and remarried without obtaining annulments might be able to receive Communion in certain cases. 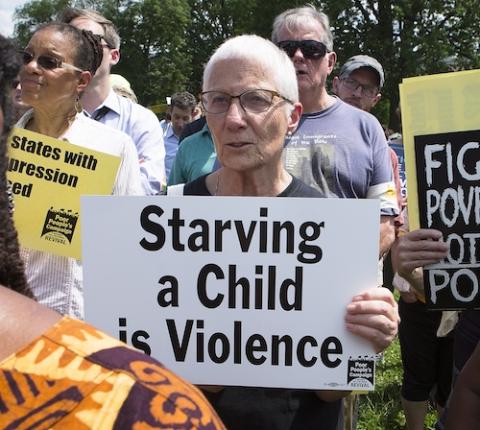 Marie Dennis near Capitol Hill in Washington May 21, 2018 (CNS/Tyler Orsburn)

In his 1995 encyclical Evangelium Vitae, Pope John Paul II had said the death penalty could be necessary in "very rare" cases to protect society from a violent criminal. Francis updated that teaching in 2018, changing the Catechism of the Catholic Church to say that the death penalty was "inadmissible."

Wachira said she thought Pax Christi's efforts to have the church change its teaching on just war theory were "bearing fruit" as part of a "continuous dialogue" with the Vatican.

"I believe that as we continue moving in this dialogue, we will continue building a better world," said the Kenyan sister. "I would say this is not the last encyclical of this pope. And we are praying that he lives long to write more and to keep engaging, and advancing this particular way."

"We absolutely still hope that there will be additional magisterial teaching on nonviolence and just peace," she said. "This is a beautiful encyclical. And we think another encyclical would be very appropriate, to build on this."

This story appears in the Fratelli Tutti feature series. View the full series.
A version of this story appeared in the Oct 30-Nov 12, 2020 print issue under the headline: Peace activists praise pope's move away from just war theory.