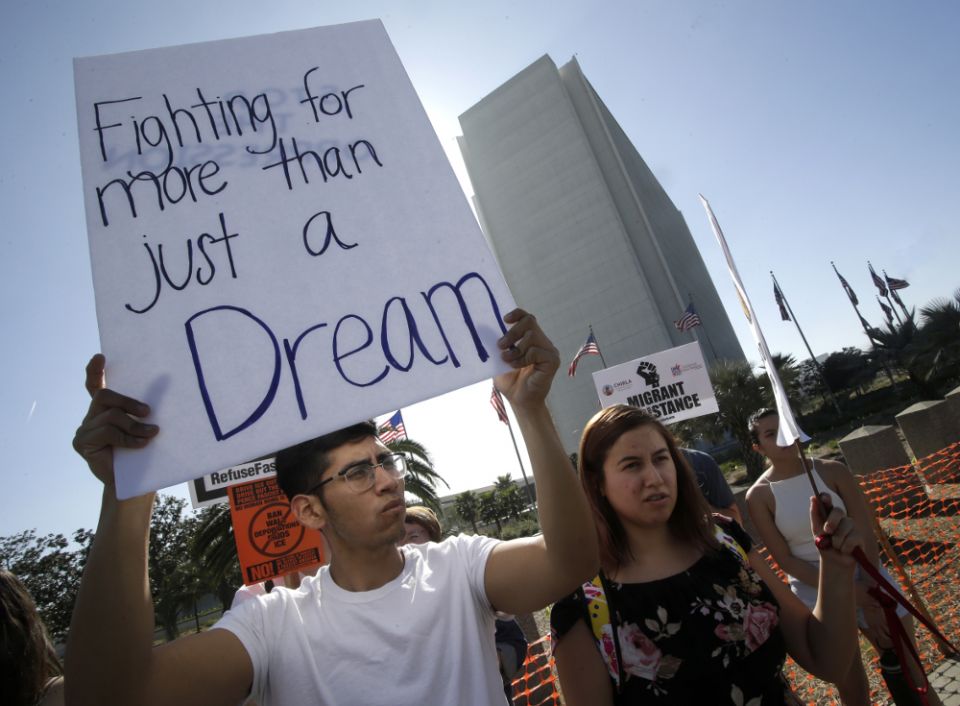 A protester holds a sign that reads "Fighting for more than just a Dream," as he joined Dreamers and hundreds of demonstrators calling for Deferred Action for Childhood Arrivals, or DACA, in early February outside the Federal Building in Los Angeles. A federal judge in Washington has ordered the Trump administration to restore DACA, saying reasons for ending it are not justified. (CNS/Mike Nelson, EPA)

Washington — A federal judge in Washington Aug. 3 ordered the Trump administration to restore a program that helped young adults brought into the country illegally as minors, saying reasons calling for its demise were not justified.

The latest order says the program must be made whole again and that includes taking new applications.

While the program does not provide legal status for the young adults, DACA provides a work permit, reprieve from deportation and other temporary relief to those who quality. During his 2017 announcement, Sessions said DACA was "an unconstitutional exercise of authority."

But ever since Sessions' call to rescind it, the decision to end DACA has itself faced a number of legal challenges. The latest order from Bates, who previously gave the administration time "to better explain its view that DACA is unlawful," said government officials failed to adequately explain the rationale for ending the program.

DACA began in 2012 under then President Barack Obama. As a presidential candidate, Donald Trump said he would end the policy. As president, Trump said he would make a decision "with heart," and said that even though he was ending DACA, he was calling on Congress to find a solution to help the young adults. Lawmakers have failed to deliver, leaving the courts to toss around challenges.

The U.S. Conference of Catholic Bishops in 2017 called the cancellation of DACA "reprehensible" and said it caused "unnecessary fear for DACA youth and their families." The USCCB, along with a variety of Catholic groups, organizations and religious orders, have since then called for a solution to help the young adults.

The judge has given government officials until Aug. 23 to appeal the decision.