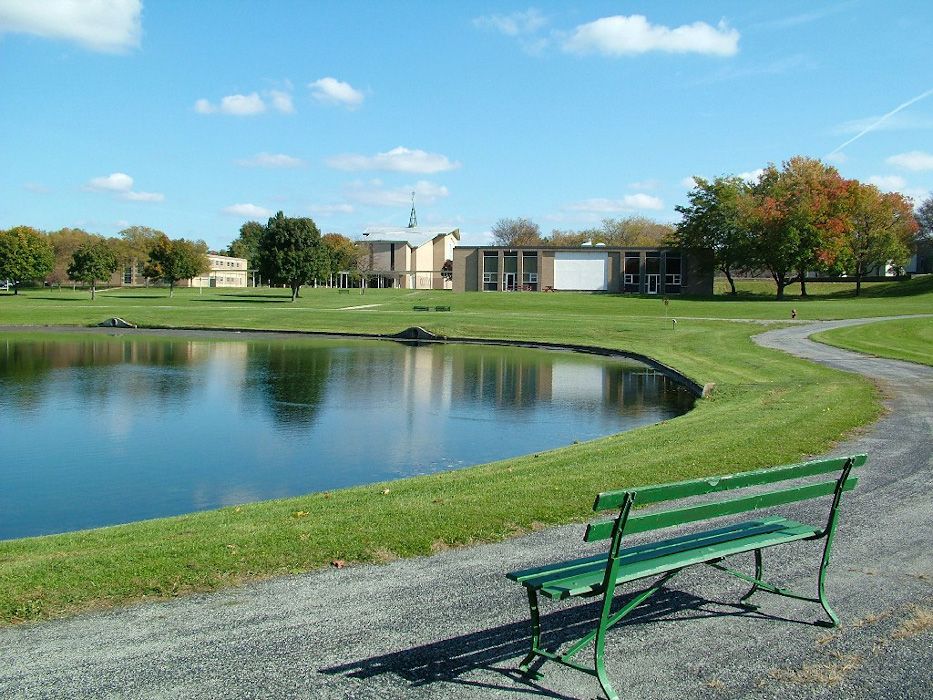 Christ the King Seminary in the Diocese of Buffalo, N.Y., is seen in an undated photo. A former professor at the seminary, Paul Lubienecki of Hamburg, N.Y., was charged Feb. 12, 2020, with cyberstalking in connection with a series of harassing phone calls to a television reporter over a six-month period. (CNS/courtesy Christ the King Seminary)

BUFFALO, N.Y. — A former professor at the Diocese of Buffalo's seminary was charged with cyberstalking in connection with a series of harassing phone calls to a television reporter over a six-month period.

Paul Lubienecki of Hamburg, New York, was arrested Feb. 12 on two felony cyberstalking charges. He appeared before U.S. Magistrate Judge H. Kenneth Schroeder Jr. later in the day. He faces up to five years in prison if convicted.

Federal prosecutors said in court documents that Lubienecki, who is on leave from his position as an adjunct professor at Christ the King Seminary, made several intimidating phone calls that included death threats to an unnamed reporter.

WKBW-TV identified its reporter Charlie Specht as the person who received the calls. Specht had been investigating and extensively reporting on the diocese's sexual abuse scandal.

Court documents said the reporter received five intimidating calls beginning in August and culminating in a voicemail message threatening death Feb. 4, the day the diocese announced that it planned to close the seminary at the end of the current academic year.

Bishop Edward B. Scharfenberger of Albany, New York, apostolic administrator of the Buffalo Diocese, said in morning tweets Feb. 13 that threats of any kind are intolerable.

"There is no place for — nor should there be any tolerance of — threats or harassment toward members of the news media or anyone else. This is against who we are as Christians, but also against our nation's founding principles that guarantee freedom to the press and freedom of speech," he tweeted.

"As a Church we must be able to withstand the glaring light of scrutiny — even as we seek to pierce the darkness with our own light, demonstrating Christ's abundant love, forgiveness and care for us all," the bishop wrote.

The television station detailed the messages Specht received in a story broadcast Feb. 12. The last voicemail, the report said, came minutes after Specht reported live from the seminary on the closing.

After the threat, Specht and his family left their home and spent a week living at an undisclosed location with around-the-clock security, The Buffalo News reported Feb. 12.

"After the reporting, the caller reached out to the victim and indicated that he knew where the victim lived and that he was going to find him and kill him," U.S. Attorney James P. Kennedy Jr. told reporters Feb. 12.

The newspaper reported that Gary Loeffert, special agent in charge of the FBI's Buffalo office, said Lubienecki was entitled to his opinion but eventually went too far.

"While people are passionate about their personal beliefs, freedom of speech does not include using words that intimidate, harass or threaten anyone," Loeffert said.

The diocese's clergy sexual abuse scandal and allegations of a cover-up by diocesan officials have been widely reported by Buffalo media outlets.

Bishop Richard J. Malone, then head of the diocese, was the focus of widespread criticism over his handling of abuse claims and he stepped down in late 2019. Pope Francis accepted his resignation Dec. 4 and the same day appointed Scharfenberger as apostolic administrator.

Editorial: Bishops need to recognize their own checkered history