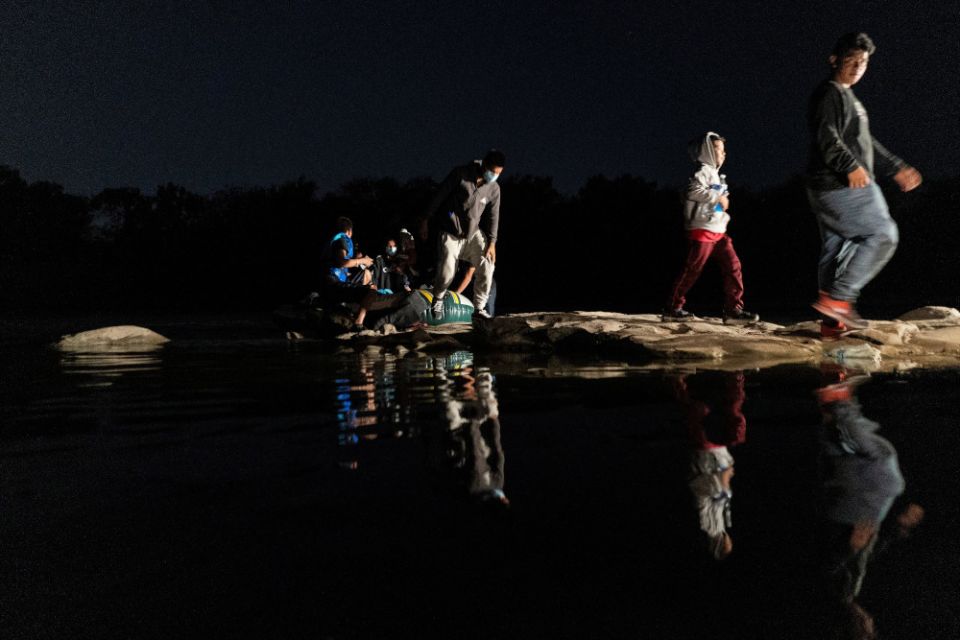 Migrants seeking asylum in the U.S. disembark from an inflatable raft after crossing the Rio Grande into Roma, Texas, May 28, 2021. (CNS photo/Reuters/Go Nakamura)

San Salvador, El Salvador — The executive director of the Catholic Legal Immigration Network Inc. said she hopes to see the Biden administration use the U.S. vice president's forthcoming trip to Mexico and Guatemala as opportunity to correct historic wrongs in the region.

Anna Gallagher made the remarks to Catholic News Service days before Vice President Kamala Harris prepared for her June 7 and 8 diplomatic trip — a journey designed to set the tone for U.S. immigration policy toward Central America.

"For decades, the United States has supported corrupt presidents and regimes in the Americas and the Caribbean basin, including El Salvador, Guatemala and Honduras," Gallagher said.

"These governments have oppressed their own people, consistently failed to support the rule of law and recognize the human rights of their own citizens and even committed genocides," the head of CLINIC added.

Gallagher was set to meet with a group of leaders from Catholic organizations, Vatican officials as well as prelates from the U.S. Conference of Catholic Bishops as well as Mexico and Central America June 1 and 2 in Chicago for an unprecedented gathering on immigration.

In a May 30 phone call and May 31 email with CNS, she said that those actions, over the decades, adversely and disproportionately affected the poor of the region, resulting in the current immigration woes and mass displacement in the continent.

Now it's up to the U.S. to welcome some of those who have been displaced because of the conditions created, she said. After all, the international business community profited from the U.S. government's support and policies that gave way to "massive state-supported corruption and violence in these countries."

"Thousands and thousands of men, women and children from El Salvador, Guatemala and Honduras are fleeing danger, economic misery and deprivation," said Gallagher. "The situations in their countries have become unbearable and they have legitimate and strong claims for asylum in the United States. Under our laws, they have a right to come into the United States and ask for protection."

Besides Gallagher, the Chicago meeting involved representatives from the Vatican's Migrants and Refugees Section, as well as U.S. Cardinals Blase J. Cupich of Chicago and Joseph W. Tobin of Newark, New Jersey, and U.S. Bishop Mark J. Seitz of El Paso, Texas, and Auxiliary Bishop Mario E. Dorsonville of Washington, among others.

The meeting also will have the expected participation of bishops from the so-called "Northern Triangle," where many migrants to the U.S. come from. They include Cardinal Álvaro Ramazzini of Huehuetenango, Guatemala; Bishop Guido Charbonneau of Choluteca, Honduras; Salvadoran Archbishop José Luis Escobar Alas of San Salvador and Bishop Oswaldo Escobar of Chalatenango; as well Mexico's Archbishop Gustavo Rodríguez Vega of Yucatán and Auxiliary Bishop Alfonso Miranda Guardiola of Monterrey.

The Northern Triangle region as well as Mexico has been a focal point for the U.S., which long has tried to deter the movement of migrants. During his administration, President Donald Trump tried to provide economic incentives and create roadblocks to halt their movement.

The Biden administration is approaching the challenge by saying its want to focus on addressing "root causes," increasing jobs in the region, and tamping down violence and corruption as a way to improve conditions so citizens of those countries don't see the need to leave home.

Corruption at the highest levels, however, has continued to be a staple of Central America and though the U.S. is working toward establishing better transparency, it's hard to come by as the region is experiencing a wave of authoritarian leaders. 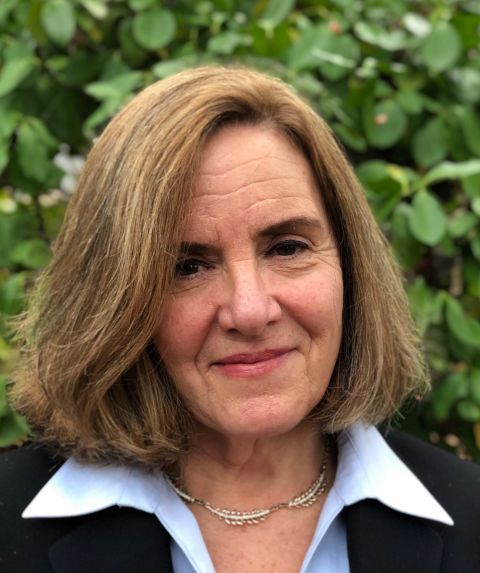 The way Gallagher, a child of Irish immigrants to the U.S, sees it however, the U.S. should "refuse practices of deterrence," and instead take away roadblocks for people who are struggling to find a way to be reunited with family, fleeing violence or just trying to have a better economic future.

One of the most urgent concerns some have voiced before the meeting in Chicago is the policy known as Title 42, which the Trump administration used during the COVID-19 pandemic to instruct Border Patrol agents to expel anyone caught trying to enter the U.S. instead of processing them under existing immigration law.

It has remained in place under the Biden administration and kept migrants in dangerous conditions in towns in Mexico along the border that teem with crime.

"We must work with Mexico to create safe and dignified conditions along the border (for) these vulnerable men, women and children as they wait to be processed into the United States as asylum-seekers. Processing must be done quickly to avoid further trauma," Gallagher said.

"We need a system in which our ports are fully operational and open to accept anyone seeking protection in a safe and humane way," she said. "We must refuse practices of deterrence, detention and rocket dockets that have been used in the past. We must offer vaccinations to all who enter for both our protection and theirs."

"Access to legal representation is vital. Research confirms that legal representation works to ensure active participation and compliance by asylum-seekers in their immigration court cases. The public and private sectors must join together to provide funds to support this effort," she said.

Catholic organizations such as CLINIC can help in such a nationwide effort, she added.

According to Gallagher, "CLINIC has close to 400 affiliates across the United States, which provide immigration legal representation to thousands of low-income men, women and children."

"We have been doing this work for over 30 years and have the depth and breadth of knowledge and experience working with these communities which is particularly relevant now," she said.

"Our Catholic faith," she added, "drives us and our practical, on-the-ground experience has changed and transformed many lives, including for those who serve the communities. Our work is life-saving and life-changing."

CLINIC has organized and advocated for humane and just treatment of asylum-seekers in the past, she said, and has "played an important role in directly serving the refugees, organizing coalitions and advocating for humane and dignified conditions, including access to asylum."

She said she realizes, however, there are Catholics in the pews who may not share in that vision, but she asks that they consider the church teaching.

"There is room at the table and we all belong to each other as Jesus teaches. As Catholics, we are guided by our faith. We are told to welcome the stranger," she said. "As we age, we should look more and more at men, women and children who we meet as our own.

"As soon as I look through that lens, the lens of my faith, my door is open and my heart is ready to accept. We must do this as Catholics, as people of faith."