Hondurans, Nepalese will remain in U.S. under temporary protected status 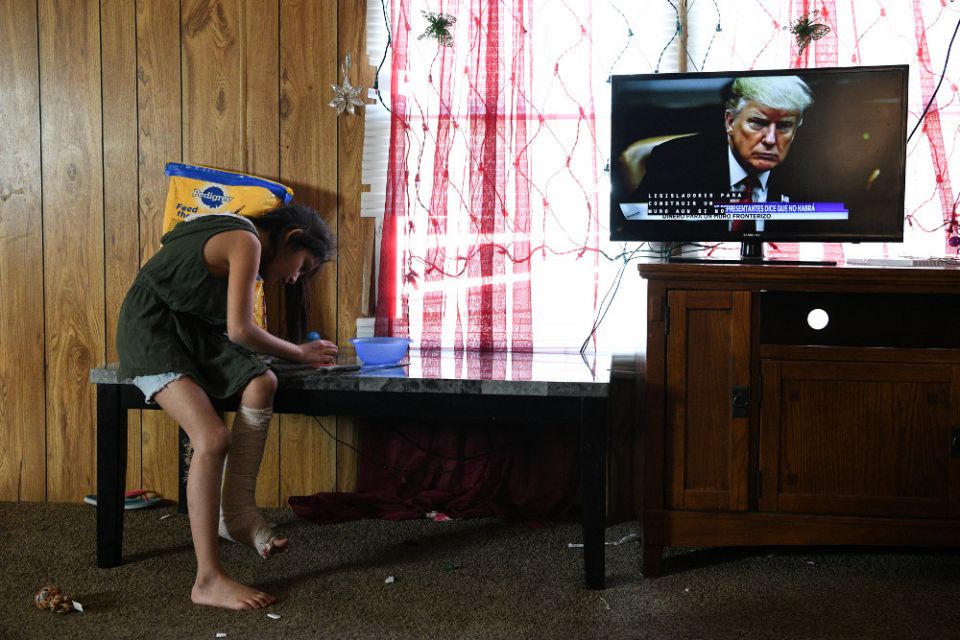 A migrant from Honduras is seen in her family's trailer in Texico, New Mexico, Feb. 1, 2019, while President Donald Trump is seen on a newscast. (CNS/Loren Elliott, Reuters)

San Francisco — The Department of Homeland Security agreed March 12 to a temporary halt of a plan to end temporary protected status for foreign nationals from Honduras and Nepal.

The agreement stems from a lawsuit challenging the end of the special status for Hondurans and Nepalese that was filed Feb. 10 in the U.S. District Court for the Northern District of California, based in San Francisco, by six people protected by temporary protected status, or TPS, and two U.S. citizens who are children of status holders.

Temporary protected status is a designation that allows people from certain named countries to lawfully live and work in the U.S. when they cannot safely return to their homelands because of a natural disaster, continuing armed conflict or other extraordinary conditions.

Homeland security officials maintained that conditions had improved sufficiently for Hondurans and Nepalese to return to their home countries.

In response, attorneys for the six temporary protected status holders and two of their children filed the lawsuit challenging the Department of Homeland Security orders on Honduras and Nepal on grounds that the government improperly made its determination that the situation in both nations allowed for the return of the foreign nationals. The plaintiffs also argued that protected status holders would be in danger if they returned to their home countries and Nepal and Honduras could not easily repatriate thousands of people.