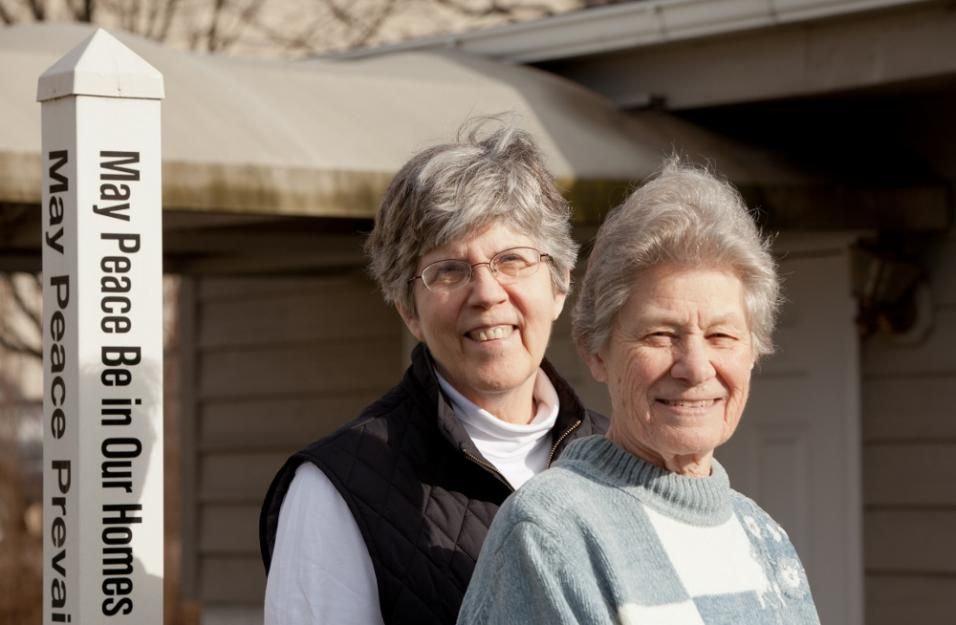 Dominican Srs. Carol Gilbert and Ardeth Platte are pictured outside of Jonah House in west Baltimore Jan. 12, 2012. When not in jail, their home is the faith-based community of peace activists. The women have been arrested dozens of times on charges related to their demonstrations against war and nuclear weapons. (CNS photo/Nancy Phelan Wiechec)

COLORADO SPRINGS, COLORADO — Dominican Srs. Carol Gilbert and Ardeth Platte planned to deliver copies of the United Nations' Treaty on the Prohibition of Nuclear weapons to the Peterson Air Force Base near Colorado Springs on Oct. 9 and the nearby Schriever Air Force Base on Oct. 10, according to an Oct. 8 report from The Denver Post.

As part of the International Campaign to Abolish Nuclear Weapons, Gilbert and Platte attended the United Nations conference in New York where the treaty was adopted.

Gilbert told NCR she and Platte were "thrilled" by the Oct. 6 announcement that the International Campaign to Abolish Nuclear Weapons was awarded the 2017 Nobel Peace Prize. See NCR's full report on the Nobel Peace Prize here.

Leading up to the Colorado Springs actions, the sisters also planned a vigil at the N-8 missile silo in Weld County where they were arrested in 2002 for pouring blood on a Minuteman III missile. Platte was sentenced to 41 months in prison and Gilbert to 33 months.

BROOKLYN, NEW YORK — In an effort to honor the leadership and contribution of immigrations, the Diocese of Brooklyn and Catholic Migration Services, an organization that provides pastoral, educational, advocacy and legal services to empower immigrant communities in Brooklyn and Queens and promote equality and social justice, are sponsoring the annual Shining Star Awards for Catholic immigrants. 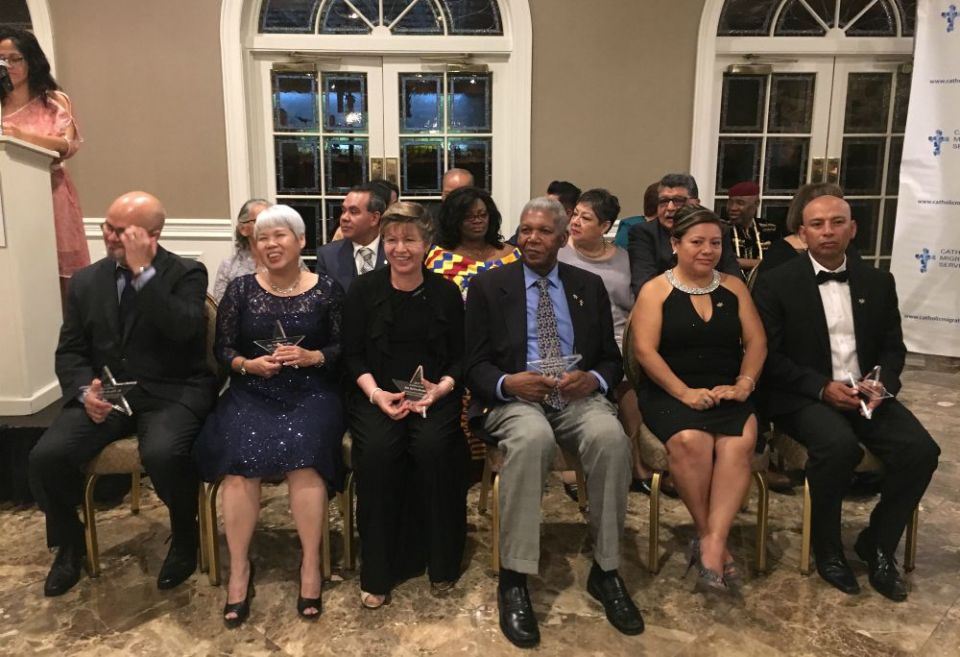 The recipients were selected by their communities for leadership in various parish ministries as well as service to the broader community including volunteer work in support of libraries, homeless shelters, schools, hospitals, food pantries, international aid and social justice issues.

Half of them were honored at an Oct. 6 dinner while the others will be honored at a dinner on Oct. 13. The dinners also serve as the main fundraiser for Catholic Migration Services.

NEW YORK — Pax Christi Metro New York announced Oct. 3 that it will offer an update on the Catholic Nonviolence Initiative with its fall assembly, Choosing Gospel Nonviolence in a Time of Terror and Turmoil on Nov. 4 at Manhattan College.

The Catholic Nonviolence Initiative is a project of Pax Christi International and was launched at the Nonviolence and Just Peace Conference held in Rome April 2016. It promotes active nonviolence in the Catholic Church.

Judy Coode of the Catholic Nonviolence Initiative and Robert Brimlow, philosopher and author of What About Hitler? will be the featured speakers.