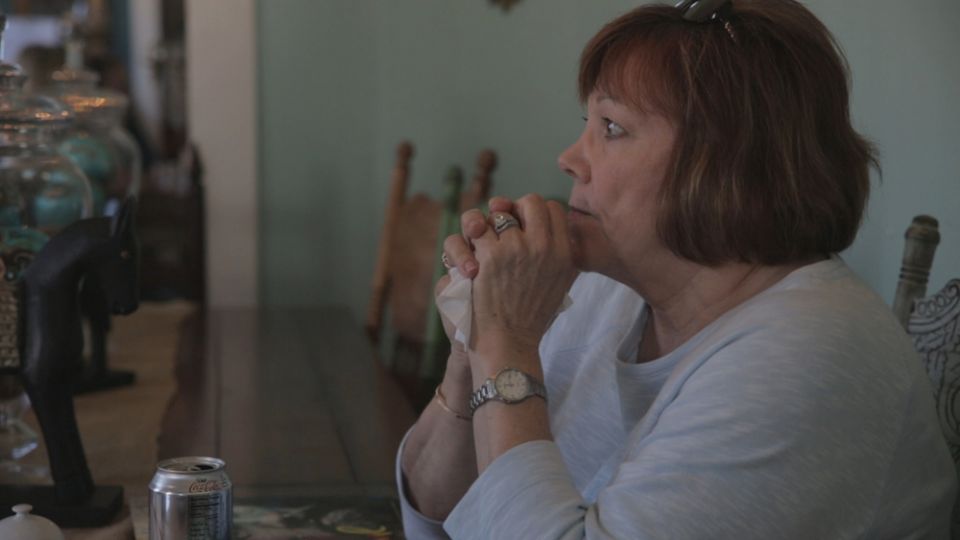 Kansas City, Mo. — A new film exploring the ramifications of the death penalty from an unusual perspective is showing in select screenings throughout the country. "Lindy Lou, Juror Number 2" is the story of Lindy Lou Isonhood, a Mississippi woman who served on a jury that sentenced a man to death in 1994

The movie follows Isonhood as she attempts to reconnect with the jurors who served alongside her and come to terms with her grief and guilt for her part in the decision.

Isonhood was prepared to teach vacation Bible school for a week in the summer of 1994, but "God had other plans." She was instead called for jury duty in what she soon learned to be the sentencing of Bobby Wilcher.

Wilcher was convicted in the robbery and stabbing death of two women in 1982, and had already been sentenced to death for the killings before. He received a new hearing after the Mississippi Supreme Court ordered new juries to review all death penalty sentences.

When it came time to make her decision, Isonhood says her "head was in conflict" with her heart, but she ultimately sided with her head — as well as the other 11 members of the jury — and voted in favor of death.

After the sentencing, Isonhood was haunted by her vote and decided to meet with Wilcher shortly before his execution. After their meeting the execution was stayed, and in subsequent years, Isonhood had the chance to get to know the man she had condemned to die.

Isonhood learned many things about the convict in their time together, including his family struggles and the sexual abuse he suffered in his childhood. She and the other jurors fault the defense attorneys for not making any of Wilcher's troubled background known during the sentencing hearing, instead asking "irrelevant" questions that did nothing to make the murderer seem more sympathetic. The closest thing he had to a real defense, they said, came from his sister, who simply pleaded with them, "please don't kill my brother."

Wilcher was executed on Oct. 18, 2006. Isonhood was Wilcher's only friend to attend the execution.

After Wilcher's execution, director Florent Vassault, a French filmmaker working on a documentary about the death penalty in the U.S., asked Isonhood if he could make a movie about her story.

Over the next three years, Vassault and his cameras followed Isonhood through Mississippi and Georgia, as she searched for the others who had sat on the jury with her.

Some jurors expressed remorse at their decision, while some remained firm that Wilcher got what he deserved. One man struggled with the knowledge that he had put Wilcher's family through the same emotional turmoil that Wilcher had put those of his victims through. Another, however, remained resolute in the choice he made and barely seemed to remember the details of the case. "Because it didn't affect him," Isonhood says as she drives away from their meeting.

Isonhood laments the fact that many Americans do not feel strongly about issues that do not seem to have any impact on their own lives. However, as Missourians for Alternatives to the Death Penalty, an organization which cosponsored the Sept. 13 Kansas City, Missouri, screening reminded the audience before the film began, in many states anyone could potentially be selected for jury duty and placed in the same position Isonhood and her 11 colleagues found themselves in 23 years ago.

She believes that taking a defenseless life is wrong for any reason, and also cites troubling problems in our criminal justice system. These include the incompetent defenses the accused often receive from backlogged and underpaid appointed attorneys and public defenders, as well as the sometimes biased juries selected.

"A jury of Bobby's peers? Did you see the houses these people lived in?" she asked after the Kansas City screening, comparing the large homes of some of the jurors to the relatively poor area Wilcher came from. She also noted the lack of African-Americans on the jury, even though many were in the jury pool when jury selection began.

Isonhood says that before her experience, she never had a problem with the death penalty, but serving on that jury opened her eyes to just what a terrible choice one is faced with when deciding whether another human being lives or dies. "It changes you," she tells the camera, "from the inside out."

[James Dearie is an NCR Bertelsen intern. Reach him at jdearie@ncronline.org.]