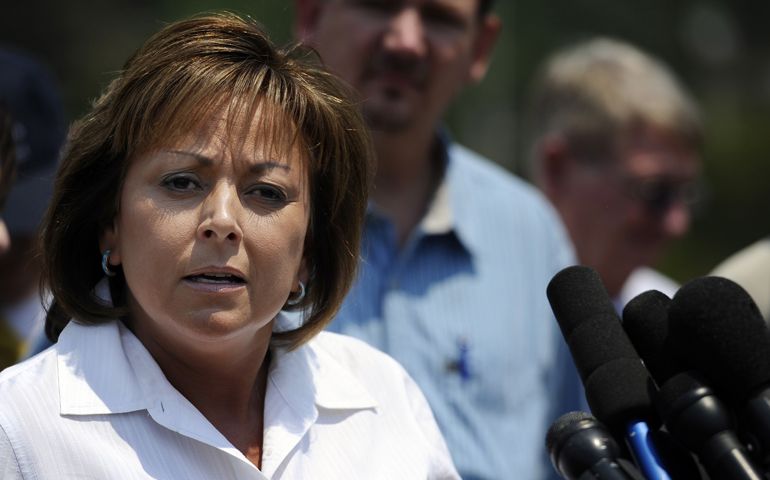 Albuquerque, N.M. — The Catholic bishops of New Mexico in an Aug. 18 statement said they oppose Republican Gov. Susana Martinez's plan to reinstate the death penalty and called on the Legislature to reject it.

The bishops recalled that when the Legislature in March 2009 repealed "the morally untenable practice of the death penalty," they applauded the move, calling it "a milestone" that was "moving New Mexico from a culture of violence to a culture of peace, justice and love."

"The state created life in prison without the possibility of parole. This renders a perpetrator harmless to society," they said.

"In one voice, (we) once again echo the teaching of the church that life is sacred," the New Mexico bishops said. "There is one seamless teaching on God's gift of life that must be protected from conception in the womb to natural death. It is always tragic and sad when a member of the community is murdered.

"These senseless acts must be prevented by calling for systemic change in society beginning with our youngest children. Crime can be prevented, and this is done by an investment in social capital," they said.

On Aug. 17, Martinez said she will push for reinstating the death penalty during the 2017 legislative session. She was prompted to call for resuming capital punishment after the recent shooting of a Hatch police officer. She said she supports the death penalty at least for convicted child killers and those convicted of murdering law enforcement officers.

She supported a measure to reinstate the death penalty shortly after she was elected governor in 2011, but the bill died in Democratic-majority Legislature.

The New Mexico bishops' quoted the Catechism of the Catholic Church and St. John Paul II in saying that cases where it is "an absolute necessity" for the state to employ the death penalty to ensure the safety of the community "are very rare, if not practically nonexistent."