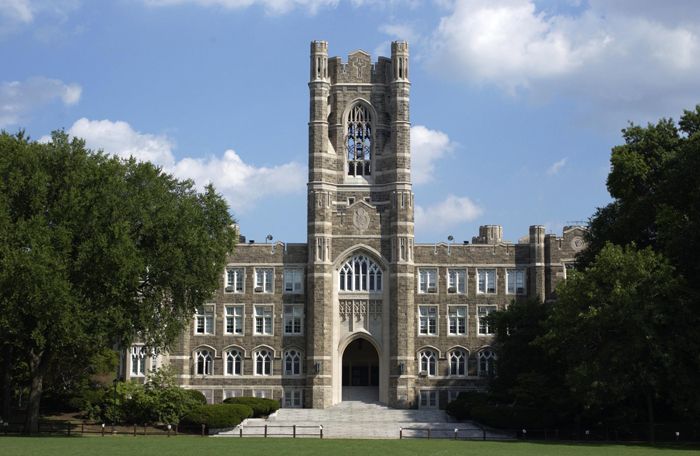 Editor's note: This story was updated at 11 a.m. Central time with quotes from Santa Clara University's director of media and internal communications.

A new contract signed by Fordham University adjunct professors signed in mid-July will increase their wages by 67 to 90 percent over the next three years, which could make the difference for many between being able to pay rent and eviction.

"No one wants to work for peanuts, and so many of us have been doing that for so very long," said Ashar Foley, a Fordham communication and media studies lecturer. An initial increase of $4,000 in the first year could become $12,000 annually three years out, according to Foley, who was a member of the negotiating committee.

"That would pay my rent for a year," she said, "Some at the bargaining table were talking about how this might help them from being evicted. A lot of us live very close to the wire."

Someone making $40,000 annually in New York City can't afford to suffer any loss, or to have a course cut. "You're suddenly in economic peril," Foley said. "Any lift is experienced as a relief."

Some seven months prior, the non-tenured and non-tenure track faculty had voted, at a rate of 16 to 1, to unionize, and the new contract comes after a "record-setting four months of bargaining," according to a Service Employees International Union release. SEIU, the organizer, predicts adjuncts will receive $7,000 to $8,000 per course by the third year of the contract, which sets a minimum annual salary of $64,000 by the third year for full-time, non-tenured professors. That's about $14,000 extra for some of Fordham's lowest-paid professors, it stated.

Fordham, which had recently signed a three-year agreement with tenured and tenure-track faculty, understood that non-tenured and non-tenure track professors had their own concerns about salaries and their position within the university community, according to Bob Howe, assistant vice president for communications and special adviser to Fordham's president. "It was time to address those questions," he said.

Like many, if not most, universities, Fordham has felt significant pressure to stem the tide of tuition costs while producing increasingly-positive student outcomes and supporting research, according to Howe. That's particularly true for Fordham, which accounts for 92 percent of its funds through the tuition, room-and-board, and other fees that students pay.

"We were trying to achieve a balance of goods here: increasing pay for non-tenured [and] non-tenure-track faculty while being mindful of the cost of tuition," Howe said. "We believe the resulting contracts achieved a fair balance."

Whether the new contract is fair, or merely the first step toward correcting something that has long been off-kilter is subject to dispute.

To Foley, the agreement isn't great, but it's a starting point.

That's how Diane George, adjunct instructor of sociology and anthropology at Fordham and another negotiating committee member, sees it too. "It's a first contract," George said. "We didn't expect to get everything we wanted, and we didn't."

Under the new contract, adjuncts have more job security, but however enormous the salary increase percentages are, they remain shy of a living wage, according to George. She and Foley cite other problems too, from the lack of health benefits under the contract to a disparity between gains in different departments.

A balance in Catholic higher education on a national scale also remains elusive, according to the SEIU. Fordham's agreement comes as another Jesuit school, California's Santa Clara University, has stated it won't bargain with adjunct faculty. Its president, Jesuit Fr. Michael Engh, announced he will step down at the end of the next academic year, adding in a statement that "now is the right time to bring in a new leader to take Santa Clara University into the future."

Santa Clara's decision to decline to bargain with adjuncts fails to live up to its mission, according to Foley.*

"I don't understand their argument," she said. By refusing to bargain outside of the National Labor Relations Board, the Silicon Valley Jesuit school is "hiding behind the Trump labor board," the SEIU said.

"While the National Labor Relations Board previously ruled that employees who do not act in a religious capacity still have the right to organize through the board process, many believe the Trump labor board could rule otherwise," per the SEIU release. It noted Georgetown University bargained outside of the NLRB, and non-tenured faculty unions exist at the Jesuit schools St. Louis University and Loyola University Chicago.

To George, Catholic schools should pay attention to how quickly the Fordham union reached a contract.

"It is possible to change hearts and minds through collective action," she said. "We hope this inspires faculty at other schools to keep fighting for unions and for fair working conditions, and sets an example for the administration and boards of those other schools."

"It is truly astounding that a Catholic school would not want to have a just and fair environment for all of their faculty. It goes against all of their stated values to create obstacles to this," George said, noting the Fordham president's involvement at Santa Clara. "To claim religious freedom as a basis for blocking the rights of workers to organize is tremendously hypocritical and ironic."

Deepa Arora, Santa Clara's director of media and internal communications, said the university is firm in its belief that its "existing system of collaborative governance" is the appropriate framework to resolve faculty's concerns.

"The Santa Clara University administration respects the right of adjuncts and lecturers to vote to form a union if they so choose, and, in alignment with Catholic social teaching, we acknowledge unionization as one form of association by which employees may resolve concerns," Arora said.

When concerns arise, they should be handled within the community, but if that's not possible, the next step should be a vote under the National Labor Relations Act, according to Arora. "This law has set long-established policies and procedures that we have respected and followed for decades with workers on our campus," she said. "It is the appropriate platform for employees interested in unionization, because it offers an orderly, well-understood, well-regulated and long-established process for navigating these matters."

Even at a university like Fordham, where bargaining took place outside the NLRB purview, it's important for faculty to remain engaged, according to Foley.

"The danger is to forget that we did have to fight and advocate and appear. We had to show up at events. We had to have meetings. We had to bargain. We had to make phone calls," she said. "If that participation goes away, we're only as strong as our involvement."

*This sentence has been updated to clarify that Santa Clara University is declining to bargain outside the National Labor Relations Board.