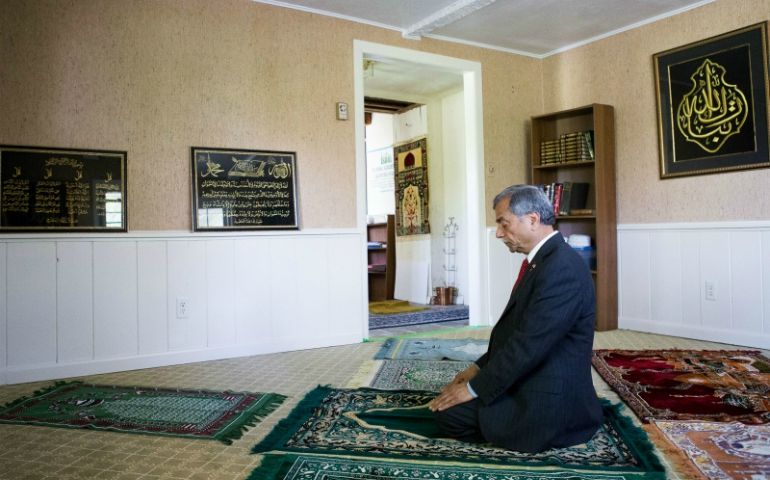 Mohammad Ali Chaudry, co-founder and president of the Islamic Society of Basking Ridge. (Photo courtesy Becket, a law firm that wrote an amicus brief on the case)

Bernards Township — A New Jersey mosque will receive $3.25 million in damages and attorneys fees from a township that repeatedly denied it the right to build a permanent house of worship.

The settlement, announced by the Justice Department May 30, was reached after the Islamic Society of Basking Ridge sued Bernards Township, about an hour’s drive west of New York City. The township, which held 39 hearings on the planned mosque — hearings which subjected mosque members to anti-Muslim tirades — had refused to issue buildings permits.

The Islamic Society planned to build a mosque on four acres it had purchased in 2012. Its co-founder and president, Mohammad Ali Chaudry, created an anti-bigotry pledge — taken by many state officials and others — in response to the harassment of mosque members as they tried to win approval for a new house of worship.

The mosque and the Department of Justice, which both sued the township, argued that the mosque had met every local zoning requirement, and that the town had made up new ones that applied to no other religious community.

On Dec. 21, 2016, a federal judge ruled that the township had illegally discriminated against the mosque.

In addition to the $3.25 million payment, the township agreed to amend it zoning requirement so as to treat all religious groups equally.

Editorial: The real work of peace is in the trenches