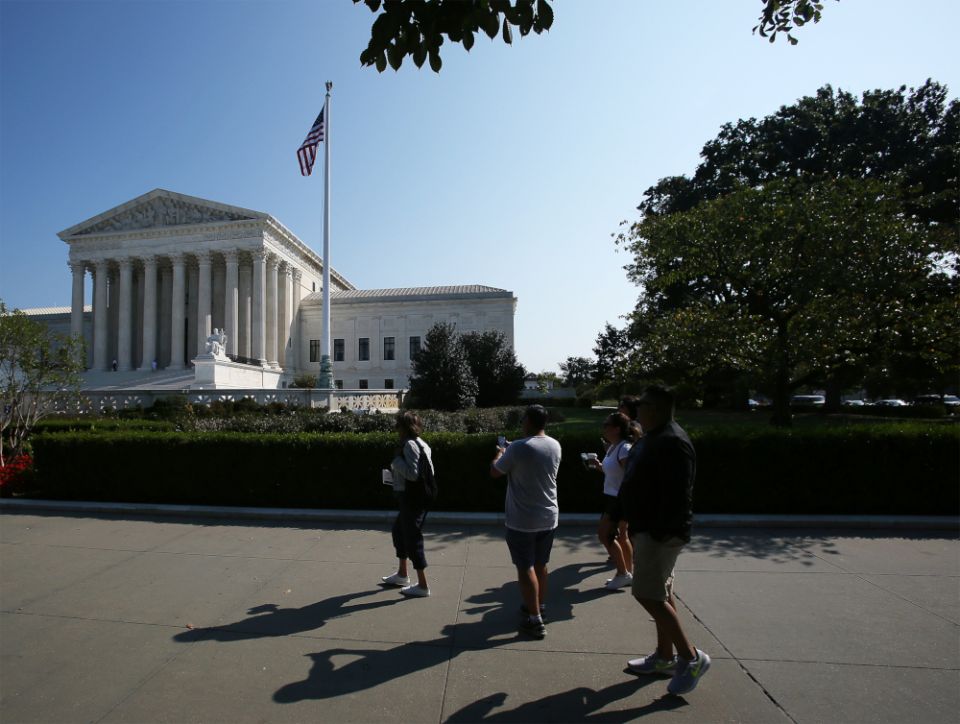 The U.S. Supreme Court is seen in Washington Oct. 1, 2019. The court announced Oct. 4 that it will add an abortion case from Louisiana to its docket. (CNS/Tyler Orsburn)

Washington — The Supreme Court announced Oct. 4, just three days before it begins its new term, that it will add an abortion case to its docket.

The justices have agreed to weigh in on a Louisiana law that requires doctors at abortion clinics to obtain admitting privileges from a nearby hospital.

It is the first abortion case the court is taking up since Justices Brett Kavanaugh and Neil Gorsuch joined the bench and also without the swing vote of Justice Anthony Kennedy, who retired in 2018.

The Louisiana case is almost identical to a Texas case the court struck down in 2016 that required abortion clinic doctors to have admitting privileges at local hospitals and state abortion clinics to comply with standards of ambulatory surgical centers.

In the Texas case, the court said both requirements imposed "a substantial burden" on women seeking an abortion and were not necessary to protect women's health. Louisiana officials have conceded that its law is practically identical to the Texas law, the only difference now is the makeup of the current court.

Abortion providers in Louisiana have said that if the law goes into effect, it would leave only one doctor performing abortions in the state during the early stages of pregnancy, and none after 17 weeks of pregnancy.

Catherine Glenn Foster, president of Americans United for Life, said in a statement that her organization welcomes the court's decision to review this case.

She said the court's decision in the similar Texas case held the law's requirements unconstitutional "but did not rule on the overall validity of such provisions." She also said that since Louisiana's admitting privileges law would leave abortion centers open in both population centers in the state, "it does not create an 'undue burden' on abortion access in Louisiana."

The statement said American United for Life filed a friend-of-the-court brief "in support of Louisiana's cross-petition, detailing numerous horrific violations of basic health and safety standards by abortion businesses in the state."

Both sides on the abortion debate will be playing close attention to what the court does with this case: If it sticks to its own precedent or not.

In defending its requirement for abortion providers – supported 2-1 by the U.S. Court of Appeals for the 5th Circuit – the state of Louisiana said its law would not have the impact that similar legislation would have had in Texas, mainly because there is no evidence that an abortion clinic would close in Louisiana as the result of the law.

A Louisiana abortion provider, June Medical Services, which objects to the law, appealed to the full 5th Circuit in mid-January to rehear the case, but the judges voted 9-6 against doing so.

After the Supreme Court's 2016 ruling that struck down required hospital admitting privileges, similar policies have been struck down or unenforced in Alabama, Mississippi, Oklahoma, Tennessee and Wisconsin. Currently, Missouri, North Dakota and Utah have such a law.

In the Texas case, the U.S. Conference of Catholic Bishops and other religious groups submitted a joint friend-of-the-court brief in the case supporting the law.

In response to the court's decision to strike it, the bishops' conference's Secretariat of Pro-Life Activities said the ruling "contradicts the consensus among medical groups that such measures protect women's lives."

The Texas bishops similarly said the Supreme Court's decision "puts women at grave risk" and said the purpose of the state regulations was to ensure women's safety, noting: "Their lives are just as precious as those of their children."

Two days before the court agreed to take up the Louisiana case, June Medical Services v. Gee, a group of national pro-life leaders gathered outside the Supreme Court to release a petition with 250,000 signatures urging the court to overturn its 1973 Roe v. Wade and Doe v. Bolton decisions.

The group urged the court to use two cases – from Louisiana and Indiana – this term to overturn the companion decisions that legalized abortion virtually on demand nationwide.

On Oct. 7, the court will announce if it will take up the Indiana case over the constitutionality of an Indiana law requiring pregnant women to have an ultrasound at least 18 hours before having an abortion.

The Catholic dissonance on abortion