Vietnamese refugee priest to Trump: Give my citizenship to a Syrian 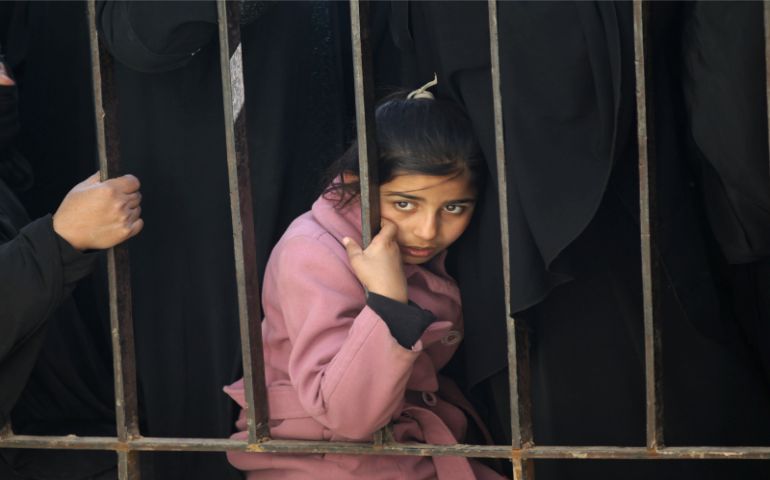 Rosemead — A Catholic priest who fled to the U.S. from war-torn Vietnam as a youth has written to President Trump offering to surrender his American citizenship so that Trump could confer it on a Syrian refugee who would be barred under the president's controversial order banning travelers from Syria and six other Muslim-majority countries.

Fr. Chuong Hoai Nguyen, a member of the Salesian order, also told Trump he would ask his religious superiors for permission to go live and work in one of the seven countries on the banned list.

"Yes! I am a refugee," Nguyen, who works with the Vietnamese community in Los Angeles and runs a Catholic youth center there, wrote the president.

"I am an American and I have made America great in my own way for the 42 years since I was granted asylum in this great country. But now, I would like to relinquish my U.S. citizenship and ask that you grant it to a Syrian refugee," he wrote.

"I am certain that they, like all refugees, will not squander this gift of life. I believe they will also ‘make America great,' alongside your children and grandchildren."

The letter was posted Feb. 10 on the blog of the Catholic magazine Commonweal by Peter Steinfels, a prominent Catholic intellectual and former New York Times religion columnist. A friend of Steinfels had sent it to him.

The letter was dated Jan. 27, the start of the Vietnamese New Year, a time of hope and celebration, as Nguyen noted.

But it was also the date that Trump signed his executive order barring refugees from the countries as part of what Trump has called a "ban" on Muslims entering the country — a move the president claims will keep the U.S. safe from terrorist attacks.

Critics have noted that refugees almost never commit terror attacks and that, as CNN reported, "the primary perpetrators of the major terror attacks have mostly been US-born citizens or permanent legal residents originally from countries not included in the ban."

A federal appeals court also ruled that Trump's ban was unconstitutional and the administration is reportedly debating whether to take the battle to the Supreme Court or revise the order in hopes it will pass muster with the lower courts.

When Nguyen read about the order, he wrote the president, "My heart and my soul were frozen."

Nguyen went on to detail his harrowing journey from Vietnam in 1975, along with hundreds of thousands of other "boat people," as Communist forces overran the country following the American withdrawal.

Nguyen's parents put him and his siblings, ranging in age from 6 to 21, on an overcrowded boat with no captain or crew and little food or water. A week later, under escort from U.S. naval forces, they made it to safety in the Philippines. Hundreds of thousands of others drowned trying to make the journey.

"Becoming a refugee is a choice one makes when there are no other options," Nguyen wrote.

He then recounted how he came to the U.S., became a priest and dedicated himself to building up the nation that gave him and others like him sanctuary.

Now Nguyen says he is ready to yield his citizenship to another refugee, if Trump will allow it.

It was not known on Saturday whether the White House had responded to the priest's letter or whether such a "citizenship swap" would be possible.

Justice | Vietnamese refugee priest to Trump: Give my citizenship to a Syrian