by Kimberly Winston, Religion News Service
Culture
This article appears in the 2017 in Review feature series. View the full series. 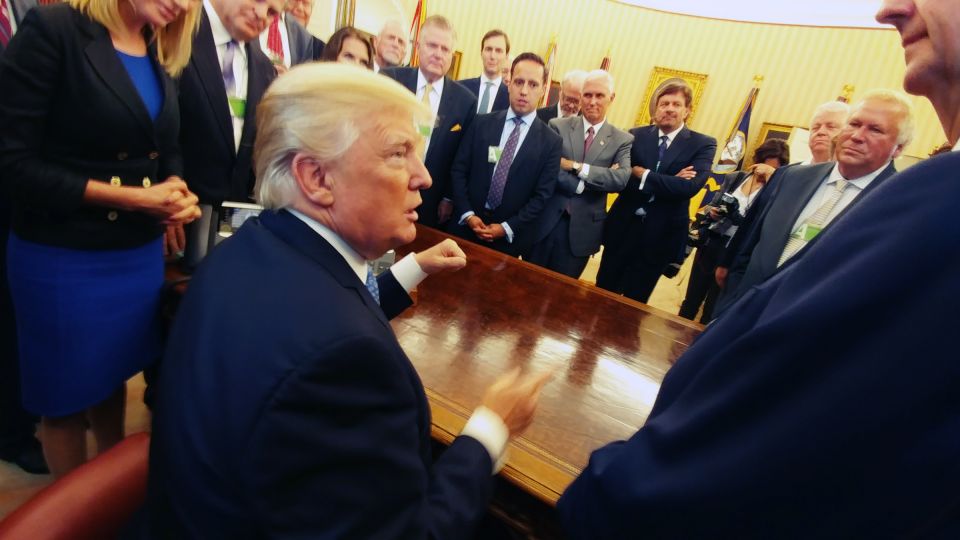 For the second year in a row, President Trump and his conservative evangelical supporters topped the list of the 10 most important religion news stories of the year as compiled by the country's largest organization of religion journalists.

"Religion reporters have long recognized the role religion plays in the political sphere," said Manya Brachear Pashman, president of Religion News Association, the organization that conducted the poll. "But after the 2016 election, it became clear to reporters and editors, regardless of their specialty, there was a lot at stake for white evangelical Christians.

"​They are strongly represented in President Trump's Cabinet and religious advisory body and have shaped the administration's priorities ranging from Jerusalem to the Supreme Court to interpretations of religious liberty. We saw that play out in the form of policy shifts, public demonstrations and protests that kept us all on our toes."

Trump also took the title of Religion Newsmaker of the Year, ahead of Pope Francis, Protestant reformer Martin Luther and Alabama's Roy Moore.

After Trumpvangelicals, religion journalists cited the following as the most important religion stories of 2017:

White supremacists march in Charlottesville, Va. —  Neo-Nazis bearing anti-Semitic slogans and tiki torches are resisted by religious groups; a counterprotester is killed when one demonstrator drives his vehicle into a crowd.

Atrocities against the Rohingya — Majority Buddhist clerics incite hostility as Myanmar drives more than half a million Muslim Rohingya into Bangladesh in a campaign of atrocities.

Also in the top 10 are the church shooting in Sutherland Springs, Texas; the Senate candidacy of Judge Roy Moore; the appointments of Neil Gorsuch and other conservative judges; the protests of National Football League players, some citing their Christian faith; and the 500th anniversary of the Protestant Reformation.

The Supreme Court's consideration of religious liberty and free speech in the Masterpiece Cakeshop case was just edged out of the top 10 to the 11th spot.

The Religion News Association, which draws members from news media both in the U.S. and abroad, has polled its members at year's end for decades.