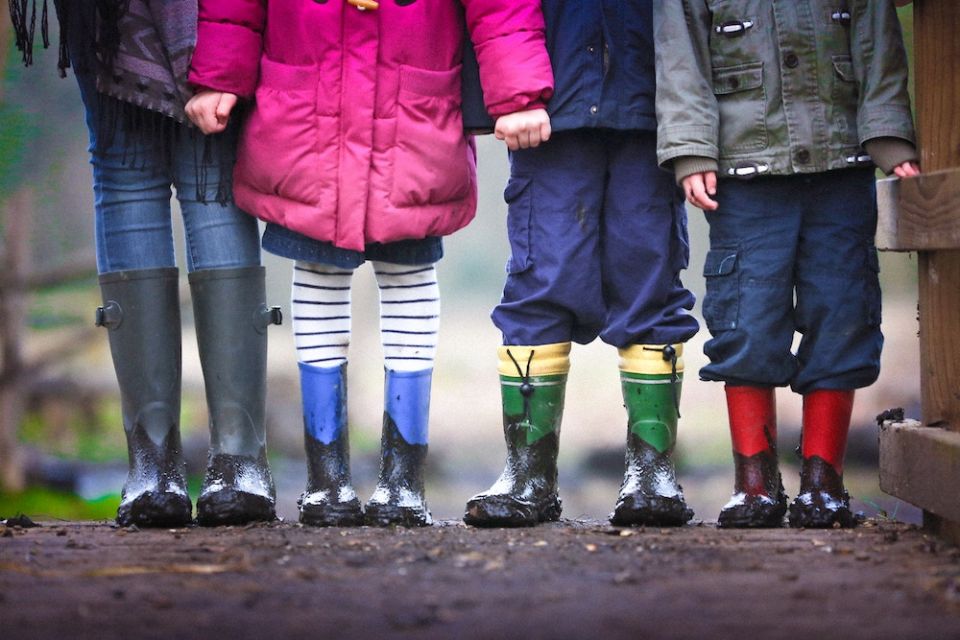 I should probably fire up my favorite holiday film for its near-annual viewing: Harold Ramis' 1993 masterpiece "Groundhog Day," starring Bill Murray as television weatherman Phil Connors who finds himself trapped in a time loop while covering the Feb. 2 festivities in Punxsutawney, Pennsylvania.

I come back to this movie over and over (and over and over ... get it?) for lots of reasons, mainly because of the thoughtful way it charts the personal transformation of Phil during his never-ending cycle of Groundhog Days and because the clever use of repetition makes the film impossibly funny. Plus, it features American treasure Bill Murray in his best role.

This year, though, "Groundhog Day" feels a little too close to home, and I might skip watching it. My wife and I welcomed our first son in November, which gives us three kids aged four and under. Life with three kids this little is the movie. The days run together with the same patterns on repeat, especially in the evenings, which are filled with the complicated dinner/bath/dishes/pajamas/teeth/books/prayers/three bedtime riddles for the preschooler/lights-out rundown. It simultaneously feels like we have no time for anything and we're not really doing much at all. One of my wife's most relaxing hours over the past few months was sitting on a curb outside a strip-mall hair salon by herself waiting for me to pick her up.

Now, the kids are delights and blessings and pure wonder, and I wouldn't trade my life for anything. But a Phil Connors-style spiritual conundrum remains: What do you do when you're stuck in the same day? Here are three things I should keep in mind more often.

Bloom where you're planted

In the movie, Phil confronts his fate first with denial and frustration, then periods of gluttony (why not eat 50 donuts a day when it doesn't matter?), womanizing, despair and, ultimately, selfless compassion and kindness. It's when he accepts his situation and drops the woe-is-me shtick that he's finally freed from the cycle of Groundhog Days. As the Jesuit writer Fr. Anthony de Mello wrote, "Enlightenment is: absolute cooperation with the inevitable."

Phil's transformation reminds me of the popular aphorism mis-attributed to St. Francis de Sales but related to something he did actually write and in line with his spiritual thinking: "Bloom where you're planted." I need to remember the goodness where I am and try not to be distracted by fun things I might be doing in a different life. "Bloom where you're planted" isn't always good advice — sometimes you need to get out of wherever you are — but it fits for me right now.

I've been listening to indie folk/rock singer Andy Shauf's new album "The Neon Skyline" on repeat for the past week. (Some Groundhog Day scenarios are thrust on me; some I choose on Spotify for myself.) It's a concept album that dips into the lives of some friends who hang out at a bar in Toronto.

One track that has been haunting me is a song called "Living Room," when a character named Claire describes deep guilt for tiredly brushing off her son when he tried to give her a drawing he had made at school. She remembers how her own father had done the same to her once. "I mean, how hard is it to give a s---?" Claire wonders. Kids pick up on way more than we realize, as Claire had done decades earlier.

My kids can tell when my mind is somewhere else if I'm not fully present. I can't be perfectly "on" all the time with them, but there are some small things that go a long way. Like when the pre-schooler asks me to tell her a story about a magical squirrel she has made up named Squirrely, why can't I just do it every time instead of begging off occasionally? A 30-second story is enough to satisfy her hunger for connection. Some stuff is way easier than I make it out to be in my mind.

"You'll miss the chaos when it's gone," a few older parents with grown-up kids have told me after asking me how I'm doing and seeing the weariness on my face. I do love the girls' energy and their playfulness and the dozen or so incredibly cute things they do every day. (Less love for the screaming and the shoving.)

I need to cultivate the habit of naming what I'm grateful for every day because you don't complain about what you're grateful for. One small way to practice gratitude is changing up the way I respond when people ask me how I'm doing. My default these days is some variation of exhausted and overwhelmed. I could say "grateful" or "joyfully swamped" and not be lying.

In "Groundhog Day," Andie MacDowell plays Phil's TV producer who's with him in Punxsutawney. He lays out his predicament to her.

"Sometimes I wish I had a thousand lifetimes," she says. "I don't know, Phil. Maybe it's not a curse. Just depends on how you look at it."

Practicing gratitude in the midst of a challenge is choosing to alter your perspective, and it's always a good, helpful choice. Gratitude can turn my time loop into a gift, a reminder that this stage is indeed going to end and I'll long for it when it's gone.