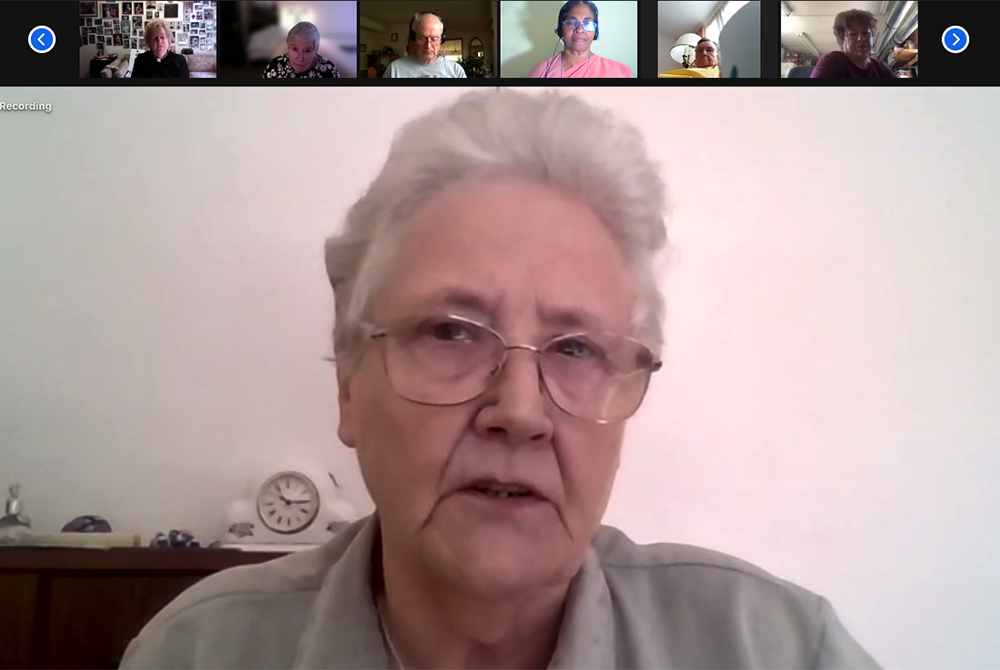 A respected former member of Pope Francis' commission on clergy sexual abuse has expressed disappointment in the recent revision of the criminal section of the Catholic Church's canon law, saying the changes do not go far enough to protect children and vulnerable adults from possible predators.

Marie Collins, an Irish survivor who resigned in frustration from the Pontifical Commission for the Protection of Minors in 2017, pointed during a June 15 webinar to the fact that the new provisions do not mandate that a priest found guilty of abuse be removed from any office he may hold, or from the priesthood.

Instead, the provisions, published June 1, say that a priest found guilty of abuse can be deprived of office or dismissed from the clerical state "where the case calls for it."

"They had the opportunity to nail it down in black and white," Collins told the webinar, hosted by the Cleveland-based reform group FutureChurch. "They haven't done that."

"As we know, a bishop can think something is very serious where another bishop might think this is not very serious," she said. "[This] is leaving the decision down to personal judgment."

The new provisions are contained in an updated edition of the sixth of seven books that make up the Code of Canon Law for the Latin rite Catholic Church, which had been in the works for more than a decade.

The update largely incorporated laws and procedures promulgated during the papacies of Benedict XVI and Francis, but which had yet to be formally added to the code.

Among the most significant changes were new laws specifying that laypeople, as well as priests and religious, can be sanctioned for abuse crimes; and a new recognition that adults, as well as children, can be victimized by priests.

Collins expressed concern with the way the new provisions describe a priest who abuses a minor or a vulnerable adult as committing "an offence against the Sixth Commandment" with that person.

The Sixth Commandment is the prohibition against committing adultery.

"As a survivor, I find that highly derogatory," Collins said of the provisions' language. "As if somehow, the child was colluding with the priest to break the Sixth Commandment."

"Victims, children, who have been sexually assaulted or abused or raped do not see how that comes within the sin of breaking the Sixth Commandment," she said.

During a June 1 press conference presenting the new provisions, the secretary of the Vatican's Pontifical Council for Legislative Texts had defended the use of the sixth commandment language.

In the webinar, Collins also addressed Cardinal Reinhard Marx's request to Francis to be allowed to resign from his position leading a German archdiocese as a symbol of responsibility for the "systemic failure" of church leaders on abuse. Francis declined to accept the resignation on June 10.

"I think Cardinal Marx is a very sincere man," said Collins. "I think he has a conscience about what has been happening."

"It's sad that a cardinal like Cardinal Marx has come to this point," she said. "If good men are giving up … it doesn't say anything for the future. Because you need good men to stay there and fight."