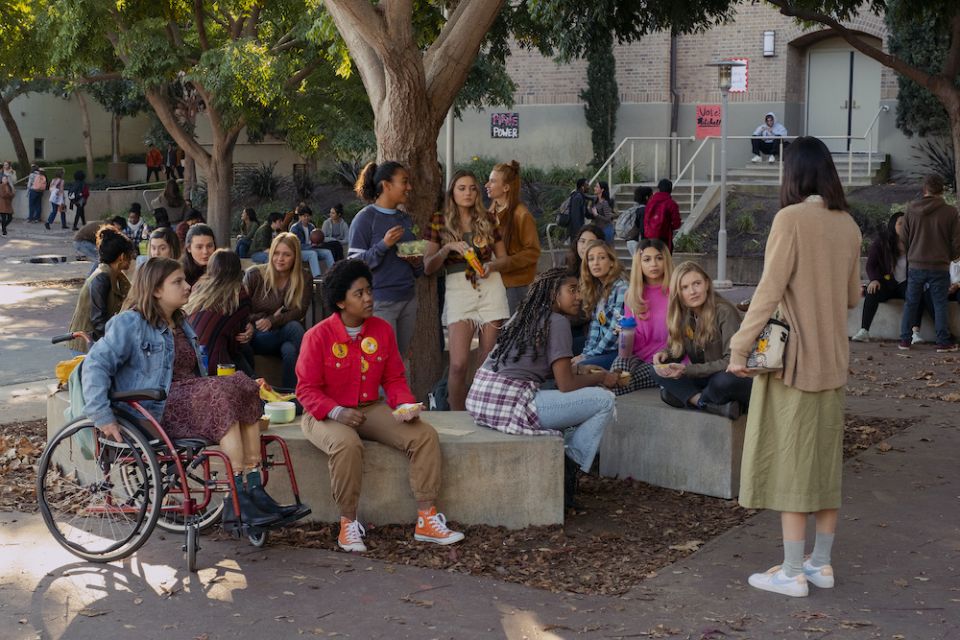 The latest teen film in Netflix's roster, "Moxie" is produced and directed by Amy Poehler and based on the 2015 book by Jennifer Mathieu of the same name. For nearly two hours — and backed by a punk-girl soundtrack — we follow Vivian (Hadley Robinson), a 16-year-old girl raised by a single mom (Poehler) who is growing into her very first feminist awakening. Her activism takes form as a feminist zine, Moxie, that she anonymously publishes and places in the girls' bathroom at her high school.

The movie attempts to bring Generation Z (people born after 1996) into the historical Riot Grrrl feminist lineage, but "Moxie" tries to encapsulate too much within its timeframe. Ultimately, its lessons about gender equality fall flat because of it. Understandably, a movie cannot do what a full-fledged show can, especially with an ensemble cast. Still, it attempts to leave its audience with an exhaustive take on feminism that feels much more like a checklist of bad things at Vivian's high school. The film attempts to provide us with a microcosm of what is wrong with a patriarchal society, more broadly, but in 2021, we don't need such a film.

Vivian's awakening has nothing to do with learning about her mom's third-wave feminism experience or calling out the normalized violent treatment of girls at her school. Instead, she is inspired to create her zine by the new girl in school, Lucy Hernandez (Alycia Pascual-Peña, stellar in the "Saved by the Bell" reboot).

Lucy, a Black Latina, is immediately harassed by the comically villainous high school quarterback, Mitchell Wilson (Patrick Schwarzenegger). She stands against Mitchell's baiting — interrupting her in class, making snide comments about her to his friends. In one specifically egregious scene, Lucy tries to get a soda from the machine when he blocks her way, putting a hand on her shoulder. When she tells him not to touch her, he gets defensive. He slams the soda machine, grabs the can she had just paid for, opens it and spits in it.

On the other side of the cafeteria, Vivian watches it all unfold. When Lucy catches her eye, she looks away. Later, after a disappointing meeting with the principal (Marcia Gay Harden), Vivian stops Lucy in the stairwell giving her lukewarm advice to keep her head down. Lucy responds, "Thanks for the advice, but I'm gonna keep my head up, high."

Lucy's trauma is used as Vivian's drive to finally not be OK with the harassment girls are facing at school, including the list of superlatives that guys send out such as: "Most Obedient," "Most Bangable," "Best Ass" and "Best Rack." She decides to anonymously publish a zine, à la feminists of the 1990s and early 2000s, to tackle the unjust treatment of girls at her school.

After Vivian publishes Moxie, several girls who were harassed and assaulted by some of their male peers gather together at a party and officially form the Moxie Club. At that moment, the film could have shifted its focus to how young girls of color experience the patriarchy and its effects on their daily lives. Along with Lucy, we see trans student CJ (played by the effervescent, scene-stealing Josie Totah). There is Vivian's best friend, Claudia (Lauren Tsai), who is of Chinese descent, and two Black girls, underrated soccer player Kiera (Sydney Park) and best friend Amaya (Anjelika Washington). 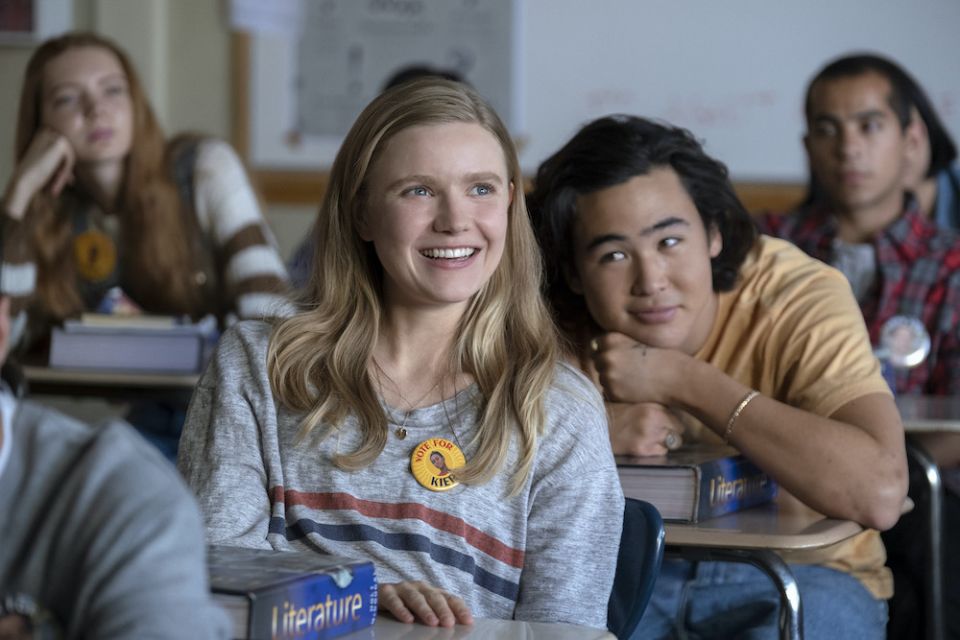 "Moxie" becomes another in a long list of movies that hinge on the conscience and moral compass of women of color to pull through and do the work, while white women take the credit. The film does try to have a conversation about white privilege and the obliviousness of past generations of feminists — Poehler, as Vivian's mom, points out how there were blind spots in their activism.

But intersectionality is more than a "diverse" ensemble cast — especially if you're going to use these characters as symbols of inclusivity.

We watch Lucy bullied and Claudia take the fall for something Vivian does in the name of the Moxie Club. "I don't have the freedom to take the risks that you do," Claudia tells Vivian. Instead of taking this as a learning experience and reflect upon her whiteness, she becomes bitter and angry, going into a tantrum.

During dinner with her mom and her potential new beau (Clark Gregg), Vivian shouts that she is "alone in this" fight, never mind the fact that she has a strong group of friends (and a charmingly feminist boyfriend, Seth, played by Nico Hiraga). Rather than have Vivian attempting to understand what Claudia or other girls are feeling more deeply, the film once again centers its feminist politics in the experiences of its white, privileged protagonist.

Toward the end of the film, popular girl Emma (Josephine Langford) comes forward with her sexual assault. Rather than focusing on Emma surviving and attempting to find justice, the film shifts to Vivian's courage to finally "come out" as the one who created Moxie.

In one of the film's last scenes, students walk out and join Emma in her scream, a moment reminiscent of Vivian's dream at the beginning of "Moxie." After Emma's scream, we return to the forest in Vivian's dream once again, where she lets out a loud yell. The audience is left to assume that she has finally found her voice. But finding one's voice is not courageous or impactful if you are not truly part of a collective.

"Moxie" misses the mark on how to explore young feminine power genuinely, and its lessons equal that of a "woke" Instagram story. 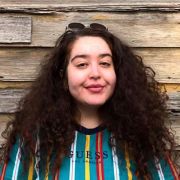 Whether Hollywood or the Vatican, patriarchy gives men license to abuse