Catholic bishops and activists should lead effort to end polarization 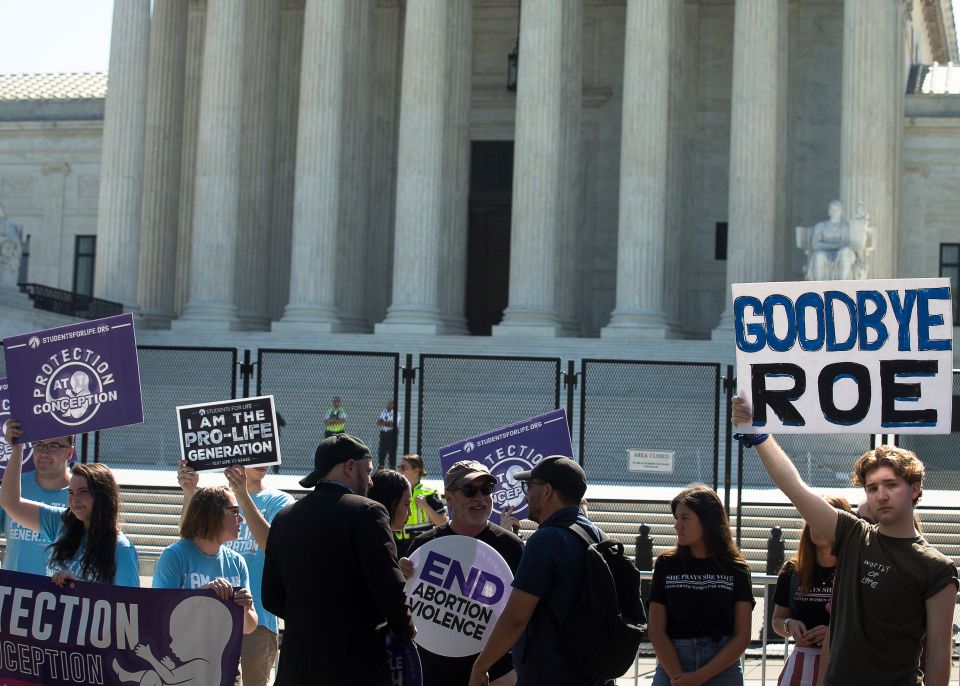 The Catholic Church's teaching about the beginning and the sanctity of human life is quite clear. For those who hold to it, the court's decision may well be considered an enormous step forward in the protection of basic human rights for the preborn.

Yet it is a decision with a very high cost — one perhaps too high for the country, and our church, to bear. As we at NCR have long argued, making abortion illegal is not the only — or even necessarily the most effective — way to bring about a reduction in the number of abortions in this country. The anger and fear expressed since last month's leak of a draft of the Supreme Court's majority opinion will likely mushroom, leading to even more rancor in an already hyperpolarized culture.

Young people exiting the church could not be faulted for mistakenly thinking that opposition to legal abortion — not the death and resurrection of Jesus — is the church's core teaching.

The Dobbs decision does not end the debate but rather moves it to individual states. More than half of them are likely to ban abortion, either through so-called immediate "trigger bans" (constitutional amendments or legislation already in place) or through pre-1973 laws never removed from the books. In recent months and weeks, some states have introduced additional legislation to limit or ban abortion — sometimes even criminalizing women who have them.

The road that got us here led through some deeply disquieting territory. Three of the Supreme Court justices who decided to overturn Roe v. Wade were appointed by arguably the most corrupt and morally degenerate president in history. One of those appointments was even rushed in during the waning days of an administration that, as the hearings of the House Select Committee on the Jan. 6, 2021, Capitol attack have shown, knew well it was likely about to be voted out of office, and would nearly succeed only months later at staging a violent coup to illegally stay in power.

And the cost already extracted from the church? Total capitulation to Donald Trump's Republican party. Yes, the U.S. bishops occasionally spoke out during Trump's administration on social justice issues, but they also continually praised his supposed pro-life bona fides in ways that cannot but have helped at the ballot box. (Remember New York Cardinal Timothy Dolan openly calling Trump a "great friend" and a "great gentleman" in April 2020?)

These unholy alliances have led some Catholics to distance themselves from the pro-life movement. For others, this acquiescence to Trump's dictatorial tenure in the Oval Office was deemed a necessary evil, since criminalizing abortion has been named the "preeminent" priority by the U.S. bishops and by many in the pro-life movement. Yet the term "pro-life" may not be the best name for a movement that has too often embraced anti-life positions on other policies that do not deal with women or sexuality.

This one-issue obsession has compounded the hit on the church's credibility caused by the sex abuse crisis. Young people exiting the church could not be faulted for mistakenly thinking that opposition to legal abortion — not the death and resurrection of Jesus — is the church's core teaching. Meanwhile, so much in Catholic social teaching is ignored or even trampled on, all because legalization of abortion has been anointed as the only issue prompting campaigns to deny Catholic politicians Communion.

Since the U.S. bishops and leaders in the anti-abortion movement have done much to get us to this point of brokenness, they now have a duty to help with the fixing. Some in the anti-abortion movement have wondered what activists should do next. Our suggestion: Rather than simply shift from advocating for overturning Roe to promoting a federal ban on abortion, Catholics in the pro-life movement must substantially change their tone and tactics.

Women, especially those who have experienced miscarriages or other medical complications, are rightfully fearful about how state legislation will affect their ability to receive reproductive health care. There is no doubt: Women will die without Roe's protection.

So now is the time for Catholics who see themselves as pro-life to speak out now against any extreme and draconian anti-abortion measures at the state level, especially those that seek to punish women for having abortions, like the proposed bill in Louisiana. (That legislation is so troublesome that 70 national and state-level anti-abortion groups signed an open letter in May urging the state to reject it.)

Of course, the pro-life movement also needs to insist on unprecedented and unconditional support for pregnant women and young mothers — from government in additional to from charitable organizations — if they are to be deserving of the moniker "pro-life."

And it would be a good time for Catholic pro-lifers to admit that access to contraception is likely the strongest way to prevent unplanned pregnancies that often end in abortion.

They should also speak out on the many and varied other pro-life issues with as equal fervor as they did on abortion. Columnist Fr. Thomas Reese summarized it as the time for U.S. bishops to "switch parties."

The murders of the 19 children in Uvalde, Texas, still cry out to heaven for justice and sensible gun control measures remain, as yet, out of reach. Thousands of migrants die each year at the U.S.-Mexico border, and immigration reform is, for all purposes, without legislative hope. And the death penalty remains active in 20 states. That's just to start.

Prolonging the abortion fight will not be helpful. The country is broken, caused at least in part by polarization and culture wars supported — even led — by Catholic bishops and pro-life activists. Are these same leaders also capable of the dialogue and encounter our country and church so desperately need now?

A version of this story appeared in the July 8-21, 2022 print issue under the headline: It's time for anti-abortion Catholics to become truly pro-life .

Editorial | Editorial: In wake of Dobbs decision, it's time for anti-abortion Catholics to become truly pro-life