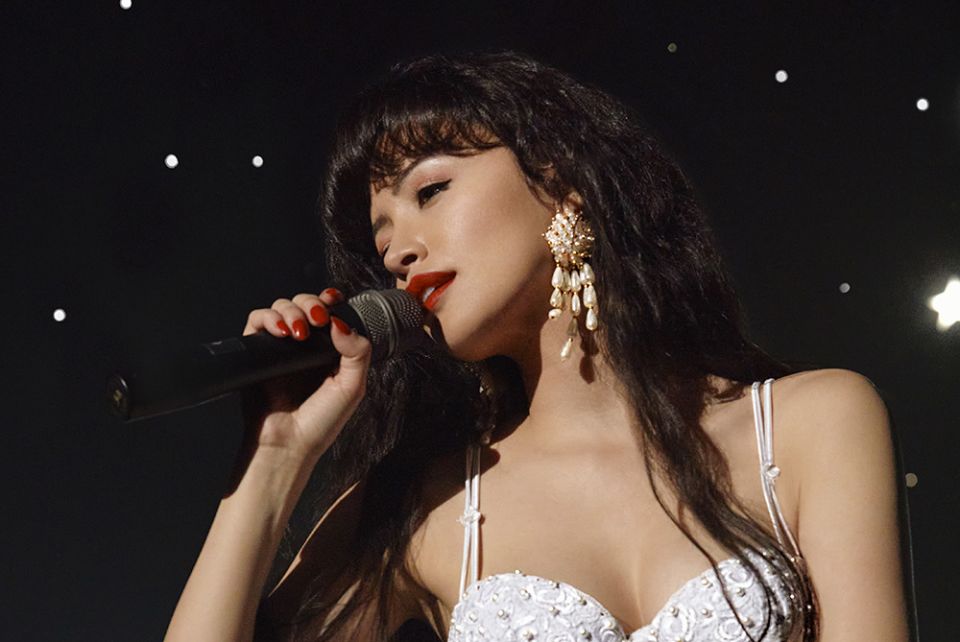 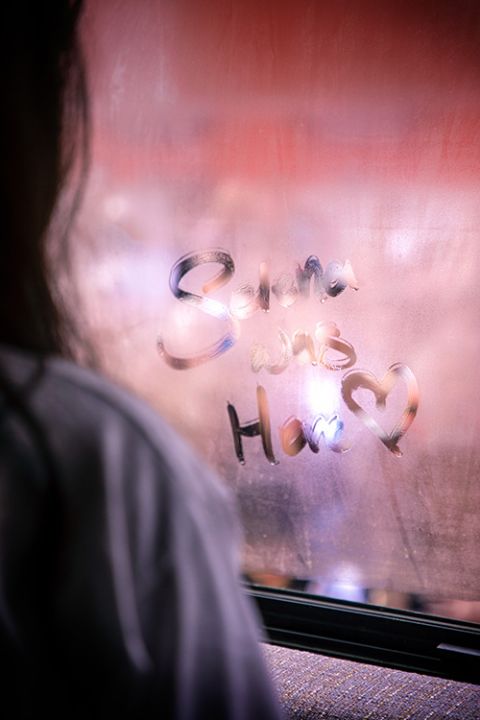 A scene from the first episode of "Selena: The Series" (Netflix/Sara Khalid)

The opening moments in "Selena: The Series" (now streaming on Netflix) see the legendary Tejano singer in a familiar setting: Encouraged by her siblings to face the adoring crowds she feels she's unworthy of, she takes the stage. Dressed in white, she walks towards them, a sea of love composed of thousands of fans holding candles. She gives them a shy smile, thanks them for their endless support and offers them a gift in return.

Her offering is the song they turned into a hit. "I hope you remember it," she says as she bursts into "Como La Flor."

Watching the luminous Christian Serratos as Selena during this sequence transported me to happy memories of childhood Christmases. I would always stay up until midnight on Christmas Eve, often aided by loving adults, in order to place the baby Jesus in the Nativity scene on his birthday.

Following this moment of joy, my eyes would almost immediately find the wooden crucifix my great-grandmother kept above the manger. Every Christmas, I celebrated Jesus' birth with the awareness that his life was cut too short. But when I remembered the baby figurine below, I knew his legacy of love continued living. We wouldn't have his passion without his birth.

This isn't to say Selena is analogous to Jesus, so forgive any unintended blasphemy. I merely want to say that seeing her shine bright as she poured her love into her audience, for a second allowed me to forget she had been brutally murdered at age 23, in a Texan town named after the body of Christ.

It's no coincidence that this rapturous scene is followed by Selena's birth and that for the next nine episodes, the first part of the series created by Moisés Zamora, will focus exclusively on Selena's early life, as she went from child wonder, to lead singer of her family band, to one-word icon in the making.

We know the unbearable pain the second part of the series will contain; we know where the story is headed. Shortly after her death, her father, Abraham Quintanilla said, "My daughter is in God's memory, for the future time when she is resurrected." 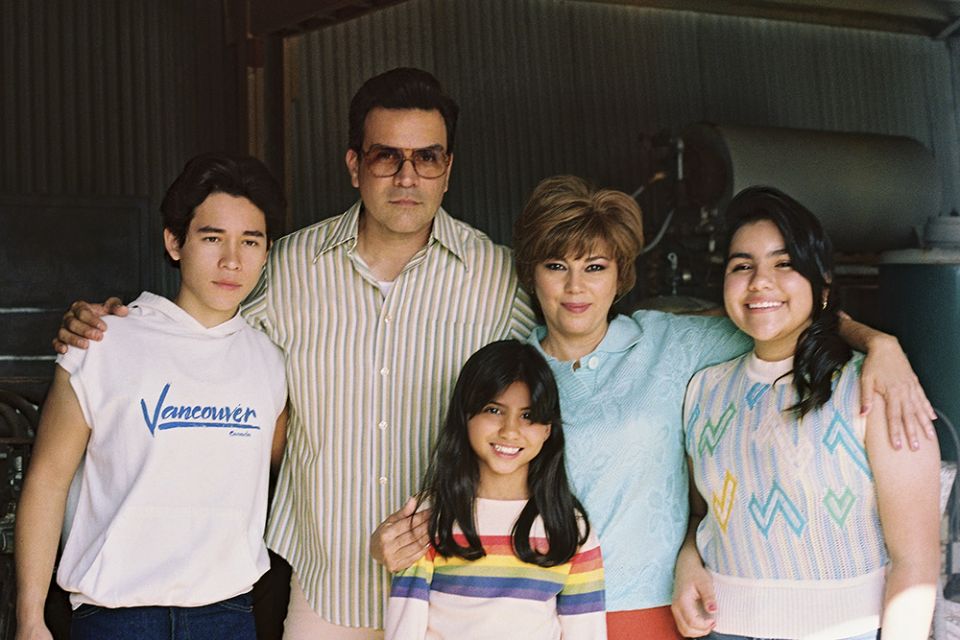 So, for nine hours of television, why not bask in the period of Selena's life where everything was leading to her realizing all her dreams? Where her desire to bring joy to the world through her art was her drive?

Not a lot "happens," during the first part of "Selena: The Series." Rather than following overly dramatic arcs in order to create tension or suspense, the episodes unfold very much like life itself. As a collection of seemingly innocuous scenes whose meaning is revealed only when we're able to look back.

We see the Quintanilla family gathered in their living room, during band practice, sharing about their day in the bus that Abraham (played with stoic warmth by "Desperate Housewives" star Ricardo Chavira) buys for their tours. There's a striking moment when Abraham discusses potential music label contracts with the family during dinner. He points to his daughter-in-law, Vangie (Gladys Bautista), and asks what is the one thing they must make sure a contract never says.

"In perpetuity," she replies, the scene cutting from a close up of Vangie to a wider shot where the cinematographer Chuy Chavez captures the characters in what could be a holy moment. Abraham's talk of money becomes the version of "saying grace" for a character who will often put economic interests over emotional ones.

It's a heartbreaking moment, but it doesn't reek of foreshadowing. The series focuses on the minutiae of family life, the memories the Quintanillas might treasure even more than those when they shared their daughter and sister with the rest of the world. 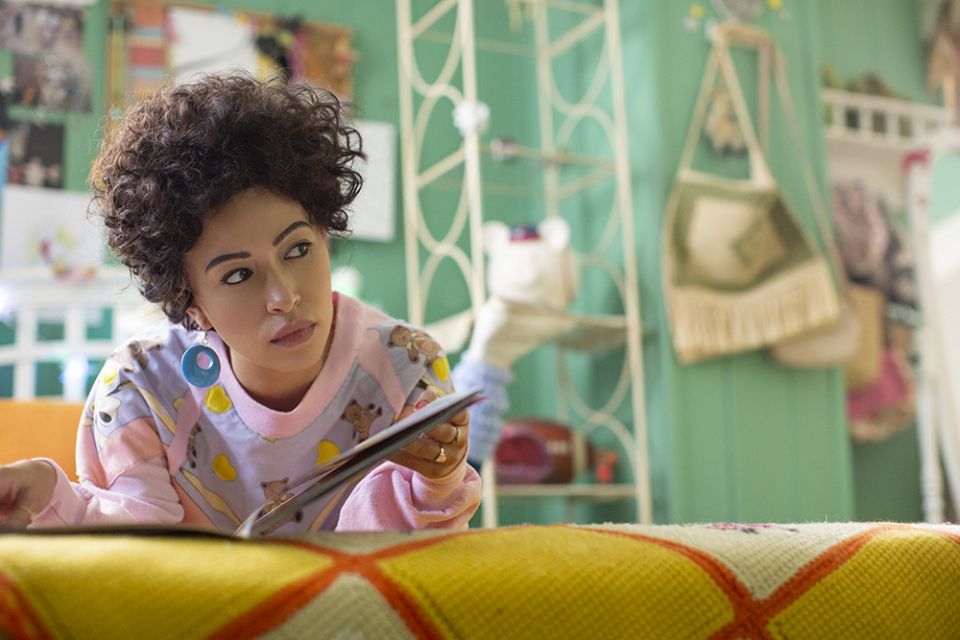 Christian Serratos as Selena Quintanilla in "Selena: The Series" (Netflix)

We see Selena experiment with her hair, try out new clothes (the costumes by Adela Cortazar are exquisite), have heart-to-hearts with her sister Suzette (Noemi Gonzalez), experience early success and, during a swoon-worthy moment, meet her future husband, Chris (Jesse Posey). The scene set to Selena's own "I Could Fall in Love," could've been a cheese-fest — instead, it's a loving nod to all the people, around the world, who continue falling head over heels with the song as their anthem.

This installment of the series has more in common with "The Wonder Years" and "My So-Called Life." It's about coming of age, not sensationalism.

Its loving depiction of family life is also similar to the recently canceled "One Day at a Time," the rare series centered around a Latinx family that didn't feature drug lords, gangsters or suffering immigrant narratives. Like "Selena: The Series," it didn't shy away from nuanced conversations about what it's like to be Latinx.

How refreshing it is as a queer Latinx immigrant to spend hours witnessing the joys of my people. I know well enough about our pain and the racism we're subjected to, particularly over the last four years. So witnessing the other side feels miraculous. Another reason why "Selena: The Series" is the perfect Christmas gift from an industry that has rarely deemed us human enough to be worth representing.

A few weeks ago, I attended an outdoor screening of "Selena," the biopic by Gregory Nava that introduced the world to Jennifer Lopez. The evening featured Broadway star Eva Noblezada, who performed the musical scenes live.

Sitting by the East River electrified by Noblezada's voice I was taken aback by the many in-betweens evoked by the experience. The event wasn't a movie or a live musical, and Noblezada, a self-described "Mexicasian," has probably encountered moments where, like Selena and J.Lo, she was deemed not worthy enough to be something.

But it's in that in-between where grace is revealed.

When "Selena: The Series" reaches the finale of its first part, we are invited to go into that in-between as we wait for part two (which has already been shot). May we consciously take advantage of this opportunity to find or rediscover grace. In case we have trouble, once upon a time, a bright-eyed Mexican-Texan singer recorded timeless songs we can set our search to, or help brighten our paths, like flowers along an unassuming road.

[Jose Solís is a Honduran culture critic based in New York City. He is the creator of Token Theatre Friends and the founder of the BIPOC Critics Lab.]

Opinion | In a family story, Netflix's 'Selena' captures the joys of Latinx people