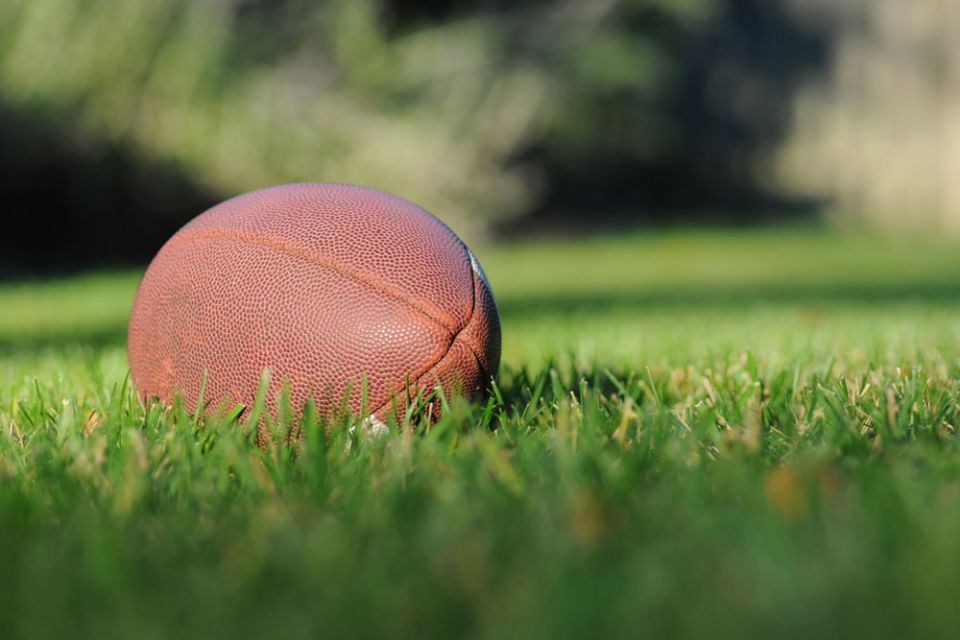 As the sacred season known as "college football time" began a few weeks ago, the California state legislature unanimously passed a bill that would allow college athletes to make money off their name, image and likeness.

We're still waiting to see if Gov. Gavin Newsom will sign the bill into law, making it the first of its type in the country. (It also remains to be seen how the law would actually work, as the cartel that is the NCAA prohibits its athletes from profiting this way.) I took the occasion to revisit some of the thousands and thousands of takes about whether or not college athletes should be paid for their labor.

I don't want to summarize the arguments here. Instead, I want to suggest that Catholics ought to consider the issue with a Sports Illustrated in one hand and the last 120 years of papal writings on human labor in the other. Put the magisterial Catholic social justice teachings on work into dialogue with this hot-button issue.

Holy Cross Fr. John Jenkins is the president of the University of Notre Dame, which has the most prominent Catholic university football program in the country. A few years ago, he gave a long interview to The New York Times on the topic of paying college athletes, which he is firmly against. (Though he did voice support for players being able to make money from their likeness, noting that the country seemed to be heading in that direction.)

"Our relationship to these young people is to educate them, to help them grow," he told reporter Dan Barry. "Not to be their agent for financial gain."

In the piece, Jenkins talked about the number of the reasons he has for opposing the payment of players. He didn't mention Catholic teaching on labor at all, maybe because he doesn't see the players as workers, or maybe because the reporter didn't ask him about it. But it seems to be another example in the long tradition of Catholic institutions not even acknowledging the church's labor teachings, a tradition that also includes dioceses without parental leave, and universities resisting calls to pay support staff justly or to recognize adjunct professor unions. Maybe ignoring is the safest route when it seems that anything but the very strongest pro-worker policy wouldn't live up to the radical standards of those famous agitators Pope Leo XIII, Pope Pius XI, St. John XXIII, St. John Paul II and Pope Benedict XVI!

I'm wary of proof-texting, and want to be careful not to say that the labor-related encyclicals have any specific policy solutions to the question about paying college athletes for their work. I just want to make sure this rich, challenging body of work isn't forgotten as the debate continues. Here are some quotes and documents to keep in the back of your mind.

Pope Leo XIII: "Among the most important duties of employers, the principal one is to give all workers what is justly due them." (Rerum Novarum, 1891, No. 20)

If you look at the U.S. Conference of Catholic Bishops' seven key themes of Catholic social teaching, the dignity of work and rights of workers is right there next to solidarity and the option for the poor. Why such a privileged place? Largely because of the pioneering work of Pope Leo XIII, whose encyclical Rerum Novarum, on the condition of human labor after the Industrial Revolution, is the oldest papal writing in the modern Catholic social teaching. His experience leading the church of so many working class people helped him to see that workers weren't being treated fairly and that the Gospel demanded they have access to things like fair pay, safe working conditions and the ability to join a union. Much of the papal writing on work since then has been in direct response to Rerum Novarum.

Pope Pius XI: "Hence it is contrary to social justice when, for the sake of personal gain and without regard for the common good, wages and salaries are excessively lowered or raised" (Quadragesimo Anno, 1931, No. 74).

St. John XXIII: "We therefore consider it our duty to reaffirm that the remuneration of work is not something that can be left to the laws of the marketplace; nor should it be a decision left to the will of the more powerful. It must be determined in accordance with justice and equity; which means that workers must be paid a wage which allows them to live a truly human life and to fulfill their family obligations in a worthy manner" (Mater et Magistra, 1961, No. 71).

I think of all the people who are making gobs of money off the college football games I watch every weekend: coaches and their support staffs, administrators, TV people, the schools themselves (sometimes), food services companies and on and on. Everyone but the athletes themselves. It doesn't feel quite right! (Athletic scholarships are valuable, but they're not fungible, leaving many college athletes who would like to support their families unable to do so.)

St. John Paul II: "Yet the workers' rights cannot be doomed to be the mere result of economic systems aimed at maximum profits. The thing that must shape the whole economy is respect for the workers' rights within each country and all through the world's economy" (Laborem Exercens, 1981, No. 17).

It's clear that, to comply with Catholic social teaching, the only way to justify not paying college athletes is to think of them as something other than workers. But aren't they workers as much as the student who's also holding down a job in the cafeteria? "[College athletes] are workers, and their labor funds a huge portion of the modern university," Dave Zirin of The Nation said on Vox's podcast "Today, Explained." "They exist as a way, in the current collegiate landscape, to produce revenue and produce money that otherwise would not exist."

Pope Benedict XVI: "What is meant by the word 'decent' in regard to work? It means work that ... permits the workers to organize themselves freely, and to make their voices heard" (Caritas in Veritate, 2009, No. 63).

Four years ago, Northwestern University football players lost in their bid to be recognized as employees, which would have allowed them to collectively bargain. However, since their petition to the National Labor Relations Board had been announced, the NCAA's wealthiest conferences have increased the value of athletic scholarships by a few thousand dollars, and guarantee them for four years. Many schools have improved the health care they offer athletes. And then there's the proposed California law.

"The Northwestern players' courage has done a lot to change the game," Ramogi Huma, president and founder of the College Athletes Players Association, told The New York Times. "They showed how much power the players have when they assert their rights under the law."

It seems like it will be the athletes themselves who will lead the country toward a more just arrangement. They have thousands and thousands of pages of papal writings they could turn to for inspiration. At the very least, Catholics who support the status quo for college athletes would do well to explore what the popes have to say about the dignity of work.