| Grace on the Margins 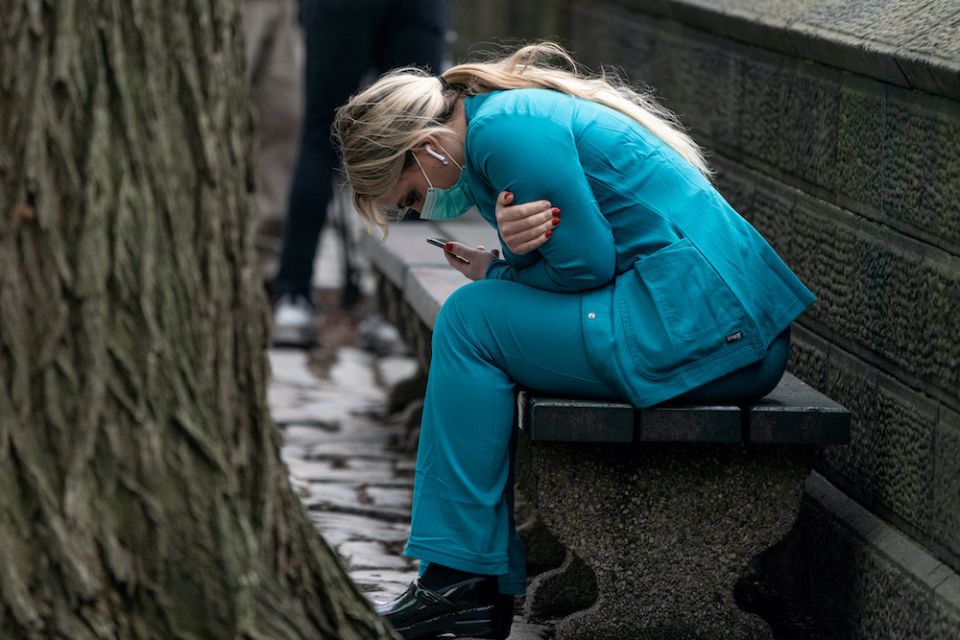 This week, people in the U.S., and here in New York in particular, are being warned to brace for the toughest and deadliest period yet in our struggle against COVID-19.

I would never want to claim that God somehow arranged to unleash coronavirus on this country to be in sync with the Jewish holidays and the Christian liturgical calendar.

Nevertheless, this week Jews will begin Passover, a time filled with rituals, readings and conversations that recall stories of deep suffering and the ongoing, human longing for justice and freedom.

And Christians, having endured weeks of Lenten practices, journey through the three acts of Jesus' passion story, recalling — through days of epic liturgies — his suffering, crucifixion and resurrection.

Even those with the scantiest senses of the sacred cannot avoid the rich symbolism.

Indeed, what the memes have called the "Lentiest Lent ever" — filled with the forced surrendering of countless sources of stability, comfort, pleasure and joy — has given way to the most harrowing Holy Week ever.

As I get older, and as I get increasingly overwhelmed by suffering caused by humans in this world, I find I question my beliefs more than ever. I also find that a good number of my friends no longer believe some of the central tenets of the Christian faith, particularly the ones that are based on the narrative of Holy Week.

But even when I'm at my peak of doubt, I try to remember this: You don't have to believe in the literal crucifixion, death and resurrection story to find meaning in it. This week especially, and particularly where I live just outside of New York City, its central themes are playing out in real time.

To see it, you have to first dispose of the theology of atonement, which claims that Jesus became human, suffered and died a brutal death to pay back what is due to God for our sins.

This "satisfaction theory" has been pervasive in Christian theology for centuries. It is an idea that theologian and St. Joseph Sr. Elizabeth Johnson has done a brilliant job of dismantling in her book Creation and the Cross where she invites us to interpret the crucifixion in new and profound ways. "Satisfaction theory," she says, is just one Medieval interpretation of the events of Jesus' suffering and death.

Johnson argues that Jesus came to "bring good news to the poor, to proclaim release to the captives, to let the oppressed go free," as Marian Ronan wrote in her review of Creation and the Cross in NCR.  "But Jesus' proclamation of God's kingdom constituted a serious challenge to the Romans who ruled Israel during his lifetime." His words and work "constituted such a threat to the unjust power of empire that the rulers crucified Jesus in order to silence him."

Jesus also healed the sick and took radical risks like touching lepers and curing people on the Sabbath. His care for the suffering also challenged the religious authorities who were more interested in social standing and personal protection than alleviating suffering.

We see an analogous drama unfolding in our medical facilities today. Nurses, doctors and orderlies are risking their health and safety out of deep goodness and sacrificial compassion. They are doing the sacred work of encountering a terrifying illness and accompanying the sick who otherwise might feel abandoned. They are crying out for basic supplies to protect their lives; they are working around the clock and creating makeshift wards on the fly so that others might live.

And, yet, they are being betrayed by arrogant authorities like President Donald Trump, who sows seeds of distrust and who cares far more about his "ratings" and the way in which this crisis will affect the economy. This cynicism is also on display in the words of his son-in-law Jared Kushner, who claimed last week that the life-saving equipment that New Yorkers are demanding is based on projections that he deemed "unrealistic."

Trump, Kushner and others are fueled by greed, ignorance and a fear of the loss of power. Their unjust actions are crucifying tens of thousands of people suffering from COVID-19. Many victims are poor and crushed by structural inequality, and many are people of color, persecuted by systemic racism. All of them are victims of political leadership that flagrantly disregarded the warnings of epidemiologists and turned their backs while our public health system was gutted.

Thousands more will succumb to this cruel disease, many taking their last breaths alone. They will face the indignity of having their bodies loaded into refrigerated trailers while onlookers, in a horrified fascination, try to snap photos.

Their deaths are forcing all of us to confront our own demise. Many of us are discussing our final wishes, while others are contemplating what they might be willing to surrender, like giving up a ventilator, so someone else might have a chance to live. All of us are wracked with a kind of grief we have never known before.

And yet, even in this grim time, we are being told that there is light ahead. Soon the disease will hit its peak and slowly ebb. Unlike so many in our world who suffer so much more, we have reason to hope that our lives, and all of its creature comforts and privileges, will return to normal.

But resurrection isn't about returning to normal, it is about transformation. How will we change after this immense suffering and death? What will we learn?

Will our experience of fear, uncertainty and powerlessness transform our consciousness so that we will identify and empathize with refugees, the undocumented, the chronically ill and the impoverished whose suffering does not end after a few months of quarantine?

Will we grow in our awareness of and gratitude for the stability, security, abundance, health and home that we enjoy and often take for granted? 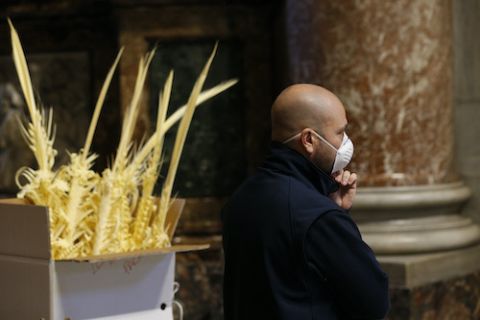 Will we find new reverence for our Earth that sustains us with water, food and, yes, even toilet paper? Will we learn that hoarding doesn't give us control, it only deprives others? Shelter-in-place orders around the world have significantly reduced carbon output. Will this inspire us to find ways to permanently change our habits to save our ailing planet?

Already we are seeing signs of new life. With the extra time we have been given, some of us are being creative through simple but nurturing acts like baking, cooking, caring for our homes and being present to ourselves and our loved ones. Some of us are returning to the land and cultivating it: a CBS Sunday Morning report says that, in the past few weeks, the sale of seeds has nearly tripled and nurseries are struggling to keep fruit and vegetable plants on the shelves.

Whether or not you believe in the physical resurrection of Jesus, the narrative of finding new life and transformation after enduring injustice, suffering and death should resonate with us all, particularly this week and especially after all we've been through. In the end, this final act in our COVID passion story may be the most challenging.

The Christmas story turns on the Incarnation