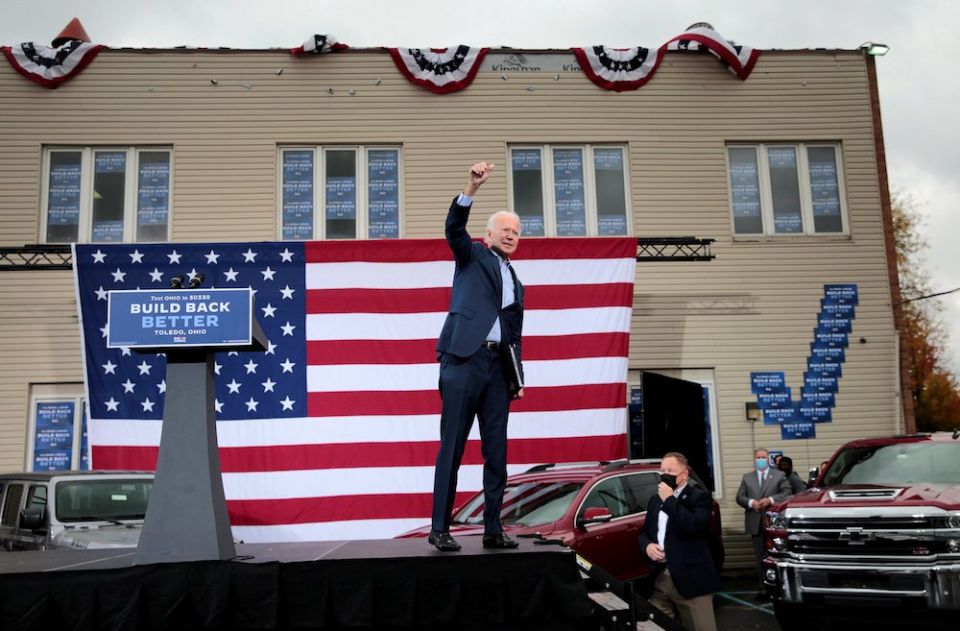 During my 12 years of public service as a Democratic member of Congress from Indiana, I voted pro-life. As an active practicing Catholic deeply concerned about this issue, why would I cast my vote for pro-choice Joe Biden for president? How do I reconcile my faith and the teachings of my church with a candidate for president who disagrees with me on such a profoundly important issue?

First of all, I refuse to be boxed into labels and categories, like pro-life and pro-choice in 2020, on such a complex and nuanced issue as abortion. These terms and categories are 50 years old and embedded in polling jargon and cultural politics. Interest groups in Washington on both sides of the issue drive it as a wedge to divide Americans and profit off the division. Contrary to special interest spinning and deeper polarization, many Americans actually want to talk with each other, understand the other "side" and search for common ground.

Biden has worked for laws that reduce the number of abortions, provide more affordable health care to women faced with pregnancy decisions and expand access to contraception and medical education. Those programs helped, along with other policies, to reduce the abortion rate by 25% during the Obama-Biden presidency.

Additional progress might be made, as the national Better Angels Society has brought together local people from both sides in Texas to sit down and engage with one another on this issue. After discussing abortion in an intimate session, both sides found a large number of areas of agreement and potential policy cooperation. I hope we see more of these types of efforts to have American citizens at the grass-roots level explore new solutions, rather than national politicians exploit the issue for personal gain and campaign donations.

The issues for the "unborn" are critically important, just as they are for the "born." Human beings are sacred and unique. As poet John Donne wrote: "Any man's death diminishes me, because I am involved in mankind."

Biden has dedicated his life to helping serve others, especially the "least among us." As the chairman of the Senate Foreign Relations Committee, he passed legislation for people in need of disaster assistance after floods, famine and earthquakes. He has worked on national programs to strengthen access to education and community colleges to help working Americans gain better skills and jobs. He has supported legislation to stock the food banks and shelter the homeless, as the Catholic Scriptures compel us to "help thy neighbor." And he has fought for protecting health care programs to protect those with pre-existing conditions, thereby saving families thousands of dollars.

The Bible says, "Put not your trust in princes. When his breath departs he returns to the earth; on that very day his plans perish." Biden believes he is one of us, coming from the tough town of Scranton, Pennsylvania, and recognizing early on he was no better and no worse than anyone else. His Catholic family taught him about values and character and responsibility. They also taught him to treat everyone with respect, to pray and to act out your faith — and to prioritize family. We need a president that our country can admire and our international friends will partner with to make us stronger and more effective in global politics.

Will I vote for Joe Biden, who was our first Catholic vice president and might be our second Catholic president, after John F. Kennedy in 1960? Yes, I will proudly cast my vote for Joe Biden because he carries in his heart the dignity that is required in our highest office, but not exclusive only to Catholics. His inclusiveness and his sense of fairness are consistent with the Judeo-Christian tradition in the many facets of our society. Both our political institutions and our form of capitalism must better reflect the American Dream being available to all, no matter their color, religion or creed.

[Tim Roemer is a former member of Congress from Indiana and former U.S. Ambassador to India.]

Commentary | How this pro-life former congressman is voting this election