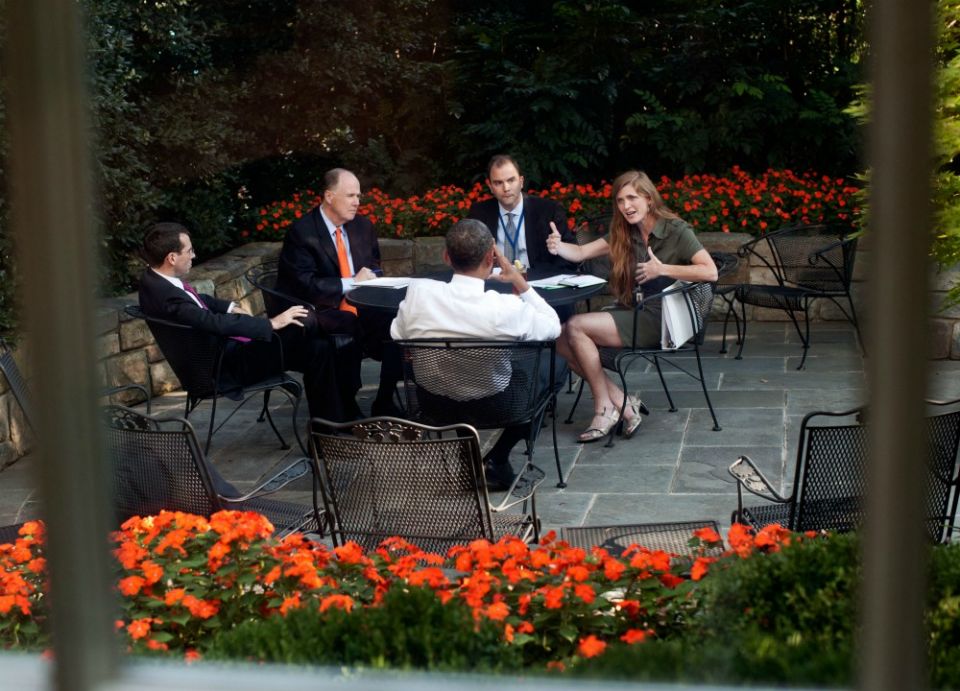 These are crestfallen times for Samantha Power, the former U.S. ambassador to the United Nations, a onetime war zone reporter in Bosnia, Croatia, Iraq and other scenes of misery, a Harvard University law professor and a survivor of White House intrigues on Barack Obama's National Security Council.

What's the problem? Power loves baseball. The coronavirus pandemic caused the closing of the big league training camps in March, with a reopening scheduled later this month for the 30 National and American League teams. 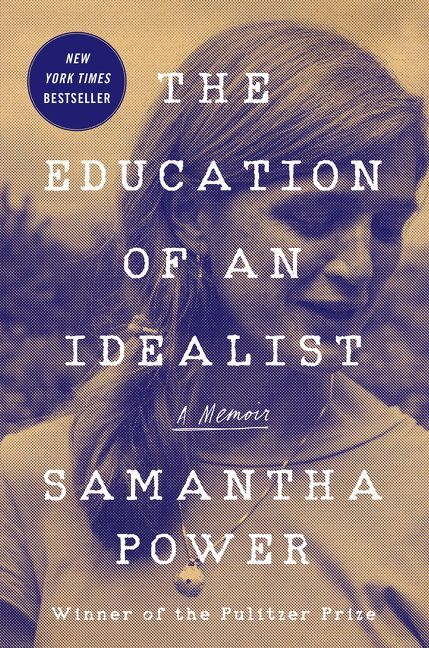 Soon after her childhood in Dublin, and settling in Pittsburgh in September 1979 with her mother and brother, Power recalls in the early pages of The Education of an Idealist, a literate and often poignantly confessional memoir, "My interest in the Pittsburgh Pirates quickly became fanatical." When team captain Willie "Pops" Stargell and the squad had blown three of their first four World Series games that year against the Baltimore Orioles, the devout Catholic 9-year-old Samantha called on the Lord to rescue the Pirates: "As my new team faced elimination in each of their next three games, I ducked into the bathroom during tense moments, got down on my knees, and prayed for a change of fortune."

Sure enough, the Pirates took the Series, four games to three, with pious Samantha certain that she had convinced her heavenly Father "to turn the contest around."

The tale puts on a memorable and moving display of Power's storytelling graces, as a freelance war correspondent or grippingly reporting on genocidal atrocities in her 2003 Pulitzer Prize-winning "A Problem From Hell". Through a friend, she forwarded an inscribed copy to then-freshman Sen. Barack Obama, a gesture that would lead to what would be a lasting political relationship.

In March 2005, he invited Power to an early evening dinner at a Washington restaurant. A planned 45-minute get together lolled on for four hours, ending at 11:15 p.m. The two Ivy League-educated intellectuals probed and parried each other's ideas and ideals, with an impressed Obama inviting the 34-year-old author to come "on board."

Part of her Capitol Hill toil included offering Obama strategies he might take before and during hearings of the Senate Committee on Foreign Relations on which he served. Power writes: "Once, as one of the hearings dragged on, Obama tilted back in his chair and motioned to me to lean in. I lurched forward eagerly, thinking he was looking for counsel. He held his binder up to shield his mouth so his colleagues could not hear him, and said, 'I'm sorry you have to witness this.' "

March 2007 saw Power, her political skills now sharpened experientially as a Senate staffer, join candidate Obama as he took to the road in the Democratic presidential primary contests when Hillary Clinton appeared to be breezing along to the nomination.

"I loved everything about campaigning for Obama," Power writes, "and leaped at the tasks his full-time team in Chicago assigned me. I spoke at fund-raisers in early caucus states like Iowa, New Hampshire, and Nevada to fire up volunteers. ... Not only did my values strongly align with Obama's, but I had found the collegial community that I had hoped for when I worked in the Senate office."

Having picked a winner, Power was invited to join the new president's National Security Council where she would quickly learn "the meetings were rarely harmonious."

An example: "A few of Obama's political appointees in the Defense Department embraced my recommendation that the United States join the international treaty banning land mines, while long-serving, uniformed officers staunchly opposed the idea. The discussions could be raucous, tense and unpleasant."

Though not quite a pacifist serving a president who assuredly was not one, Power recalls that, as a council official, "I participated in hundreds of policy debates about countless countries and global problems, and I almost never recommended using U.S. military force."

Aside from thinking about the grief Power must have taken from hawks on the council for taking those leftist stands, it has to be wondered how many lives around the world would have been saved had Power's anti-war and pro-diplomacy views prevailed. It's a tragic reality, and one too rarely noted, that as a commander-in-chief, Obama is the only two-term president to oversee eight years of unbroken wars. In the last days of his tenure, violent Americans were fighting in Iraq, Syria, Yemen and Libya.

In the fall of 2009, when 67,000 U.S. troops were killing human beings in Afghanistan, Obama, who once pledged to end America's wars, not only approved the gore but deployed 30,000 more soldiers to keep it going. It was the same time that Norwegians, blindly ignoring the massive numbers of civilians being bombed or shot by Obama's army, crowned him with their Nobel Peace Prize. 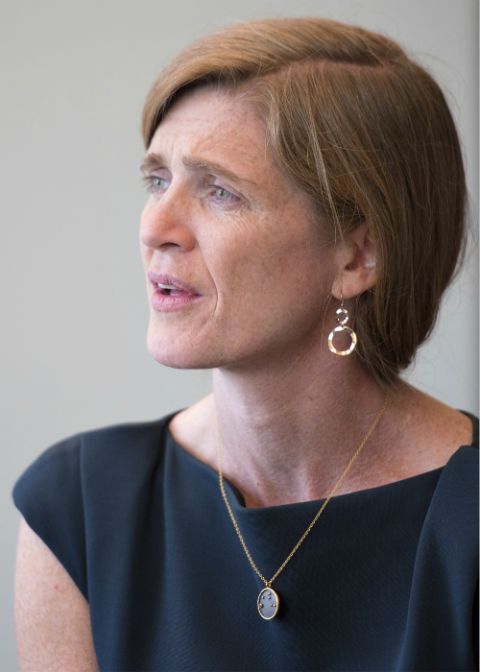 Before Power and others in the White House flew to Oslo with the president for the Nobel ceremony and acceptance speech, she was in the Oval Office to share her feelings in a lengthy memo on "warfare and morality" and notions that came to her when she recalled the writings of Reinhold Niebuhr, a theologian and champion of "the just war theory." Power had read him in Harvard Law School in a class "about the political and moral criteria for using force."

In the memo were "thoughts on how the President could use 'the just war theory' as a frame to explain his vision for what he called our common security, common humanity."

Much in Obama's speech was Niebuhrian to the core. Giving a passing nod "to the moral force of non-violence" and faintly praising "the creed and lives of Gandhi and King," Obama assured his audience, "As a head of state sworn to protect and defend my nation, I cannot be guided by their examples alone. I face the world as it is." He then cited examples where nonviolence would have failed, with the clear implication that his war-making was and would be just.

Despite the unsettling National Security Council tensions, Power was blessed to find a large measure of calm and happiness in her personal life. In 2007, she began an amorous relationship with Cass Sunstein, a University of Chicago law professor and fellow Obama campaigner. It appears to have been love at first conversation.

"Although we were ineffective canvassers," she writes, "Cass and I still managed to have a blast together. He was exactly sixteen years older than me, and we happened to have the same birthday."

And much the same passions for writing: "Cass was a complete original. His hunger for discovery, so evident in the dozens of books he had written, was a quality he brought to every moment he was awake. ... I found myself answering questions about myself that he hadn't asked. I wanted him to know everything."

The couple, who enjoyed a large Irish wedding in the Mary Immaculate Church near Waterville in County Kerry, now live in Concord, Massachusetts, a restful village near Boston and once home to the deep thinkers Ralph Waldo Emerson and Henry David Thoreau. They are parents to a boy and girl, Declan and Rian. 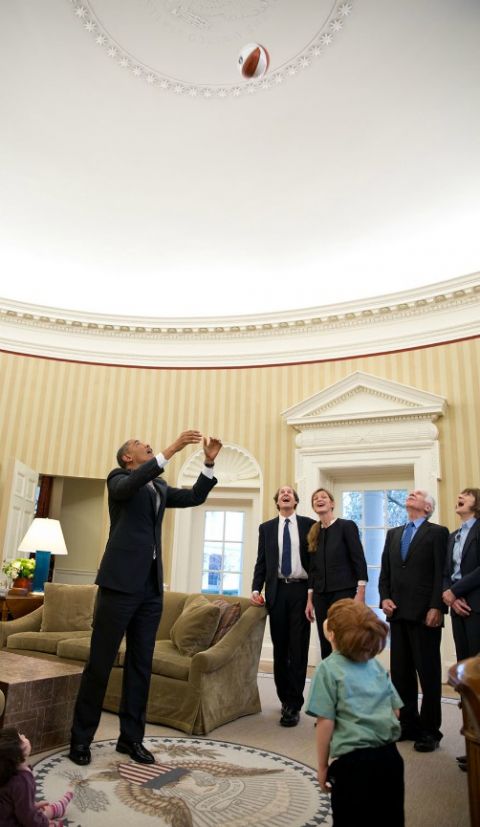 Power, whose government service ended on Jan. 20, 2017, is a professor at both Harvard Law School and the Harvard Kennedy School.

Does Power still cherish baseball? Better believe it. Of late, her favorite player is her son, Declan. Three times she has taken him, along with Rian, for weeklong stays in the Dominican Republic, a baseball-rich land, for him to play morning and afternoon games with local children brought together in the town of Consuelo by my sons John and Eddie, both full-time coaches who played Division 1 ball in college.

Power wryly writes in her memoir's heartfelt afterword that while Declan "loves baseball, he isn't sure how he feels about his mother's hands-on coaching." As the lad runs the bases with that one, Power herself has a feeling or two of her own, starting for Dominicans she has socialized with in Consuelo where the games are played in the province of San Pedro de Macoris.

The local icons Power came to know and admire include retired major leaguers Pepe Frías, Rafael Ramírez and Julio Franco, the latter being the oldest player, at age 49, ever to hit a grand slam home run while in the bigs.

The other notables currently in Consuelo are four Catholic nuns whose order is the Pembroke, Ontario-based Grey Sisters of the Immaculate Conception and who run the Divine Providence Elementary School as well as minister to the health needs of local families. The order's deeds in Consuelo go back 70 years. Power has visited the convent to share time with the community.

One member is Sr. Lenore Gibb, now in her 80s and who once had the heralded Chicago Cubs slugger Sammy Sosa in her class until he left school at age 8 to earn a few pesos for his family chopping sugar cane in a nearby field.

Should Americans come to their senses this November and elect a president who is honest, humane and caring in ways the current shameless misfit clearly is not, perhaps they would ask Samantha Power to be the U.S. ambassador to the Dominican Republic.

She is doubly qualified: a longtime practitioner of meaningful diplomacy and who has a bases loaded passion for a game revered in what would be her host country. In the Senate confirmation vote, is there a doubt that the tally would be 100 to 0?

[Colman McCarthy, who first wrote for NCR in 1966, directs the Center for Teaching Peace in Washington, D.C.]

When bishops said 'yes' to war, Ben Salmon said 'no'