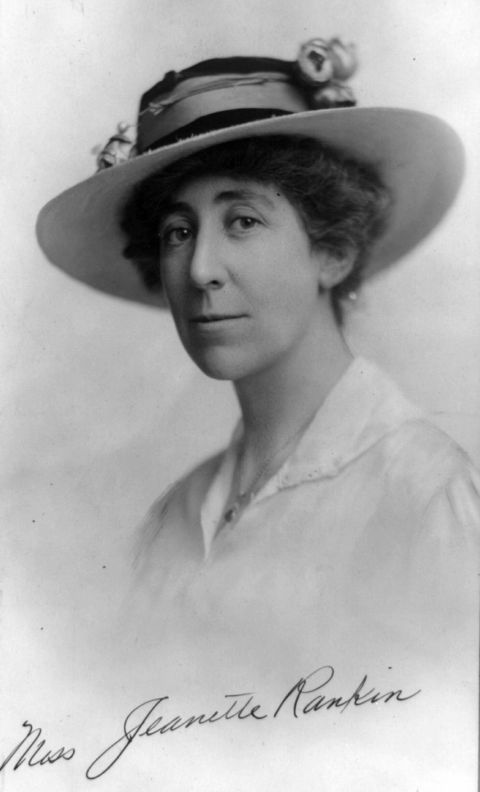 On Jan. 3, the opening moments of the 116th Congress saw Sharice Davids (D-Kansas), a member of the Ho-Chunk Nation, and Deb Haaland (D-New Mexico), a member of the Pueblo of Laguna, sworn in. Once nobodies, they are now political somebodies. So also are two Muslim women, Ilhan Omar (D-Minnesota) a Somali-American, and Rashida Tlaib (D-Michigan), a Palestinian-American.

Whether it was the gusting winds of the #MeToo or Times Up movements that breezed a record number of fresh women into Congress by a record number of voters, this is a gathering who may make a difference by being different. Unlike the hierarchy of the Catholic Church, American politics is less and less a game practiced only by males.

My hope for the 117 women midterm winners is that a few of them will take time to remember Jeannette Rankin, the pacifist and evangelist for women's rights from Missoula, Montana, and the first woman elected to Congress in 1916 at age 36. She was the second to try, the first being Elizabeth Cady Stanton 50 years before in 1866. Her vote total was 24.

On May Day, 1985, 12 years after Rankin's death at age 92, 400 of her admirers gathered in the U.S. Capitol Statuary Hall for the unveiling of a life-size, long dress bronze likeness of a political heroine like no other. I was in the crowd that day to honor Jeannette. Speaker of the House Tip O'Neill and four members of the Montana delegation showered us with praise for an anti-war agitator who while in Congress was far more often reviled than revered by her colleagues. In 1917, Rankin was one of a scant 50 members who voted no to Woodrow Wilson and his folly "war to end war." As she well knew, her stand of conscience would lead to her defeat in the next election.

On Dec. 8, 1941, the day after a provoked Japan attacked a U.S. Navel base in Hawaii, Rankin, back again in the House, was the sole anti-war vote. "As a woman," she said during the floor debate, "I cannot go to war and I refuse to send anyone else." Fearing bodily injury from a mob outside the Capitol, she took refuge in a phone booth in a House cloakroom and later received a police escort to safer ground. In the press, she was labeled "Japanette" and mocked as "a crying schoolgirl." 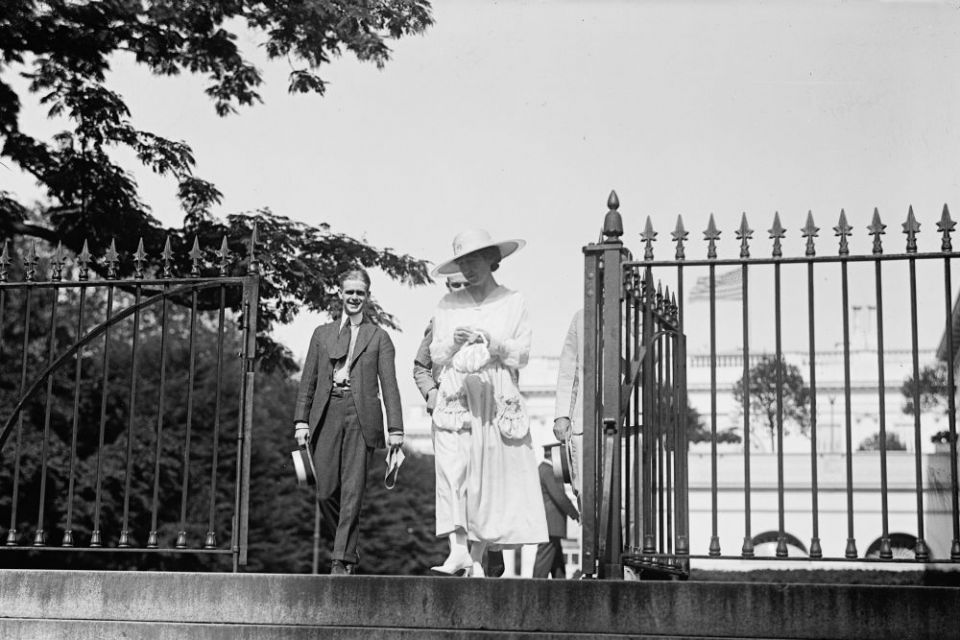 As she expected again, she did not win re-election to the House. She tried for a Senate seat but failed. It was just as well. Her opposition to American militarism and interventionism led her to become a force in groups such as the Women's International League for Peace and Women Strike for Peace. She was in the flock of other highflying contemporary doves like Emily Balch, Dorothy Day, Alice Paul, Jane Addams and Joan Baez. In 1968, amid the roaring Vietnam War, Baez joined a massive peace rally on the streets of Washington, striding up front with a 500-strong Jeannette Rankin Brigade. For that insolence, the American Legion smeared her a Communist.

In speeches or interviews before one audience or another, Rankin rarely held back. A sampling:

"You can no more win a war than you can win an earthquake."

"If they are going to have war, they ought to take the old men and leave the young to propagate the race."

"The greatest threat to peace is the barrage of rightist propaganda portraying war as decent, honorable and patriotic."

"We have to get it into our heads once and for all that we cannot settle disputes by eliminating human beings."

"If I had my life to live over, I would do it all again, but this time I would be nastier."

"There can be no compromise with war; it cannot be reformed or controlled; cannot be disciplined into decency or codified into common sense."

"It is unconscionable that 10,000 boys have died in Vietnam. If 10,000 American women had mind enough they could end the war if they were committed to the task even if it meant going to jail."

Sixty years after Jeannette Rankin's singular antiwar vote in 1941, her courage would be matched on the House floor on Sept. 14, 2001, when Rep. Barbara Lee (D-California) stood alone — 420 to 1 — to oppose the retaliatory war-whooping plans of President George W. Bush and Congress. As happened to Rankin after her vote, Lee was also harassed by military zealots and needed police protection for her safety. In a speech under three minutes during the debate of Sept. 14, Lee said prophetically:

"If we rush to launch a counterattack, we run too great a risk that women, children and other noncombatants will be caught in the crossfire. … We must be careful not to embark on an open-ended war with neither an exit strategy nor a focused target. … 'As we act we must not become the evil that we deplore.' "

In what is now a Forever War in Iraq and Afghanistan, America's evil has caused uncounted millions of slaughtered, wounded and displaced lives.

"You can no more win a war than you can win an earthquake." — Jeanette Rankin

Born in 1880, little in Rankin's early years hinted of the political courage to come. Her father was a wealthy rancher, her mother a school teacher. The oldest of six children, she graduated from the University of Montana with a degree in biology. She dabbled in social work in San Francisco and then Spokane, Washington, and all the while awakening to the suffrage movement. Her politics took shape in 1911 when she was the first woman to testify before the Montana state legislature for women's equality. Bolstered by the experience and the acclaim, five years later she was on her way east to serve in Congress.

Whether or not Sharice Davids, Ilhan Omar and the rest of the new elected sisterhood know it, they are ably practicing the lesson taught by Rankin: "I tell these young women that they must get to the people who don't come to the meetings. It never did any good for all the suffragettes to come together and talk to each other. There will be no revolution unless we go out into the precincts. You have to be stubborn. Stubborn and ornery."

It's been a while since I've been to Montana, but next time I go, the high moment will come when I go shopping at the Jeannette Rankin Peace Center at 519 S. Higgins Avenue in Missoula. I'll be looking for the latest Rankin biography, of course, but also for a card with my favorite quote of hers: "I worked for suffrage for years, and got it. I've worked for peace for 55 years and I haven't come close."

Neither have any of us. Which means we either hang it up or keep hanging in. I'm going with the second.