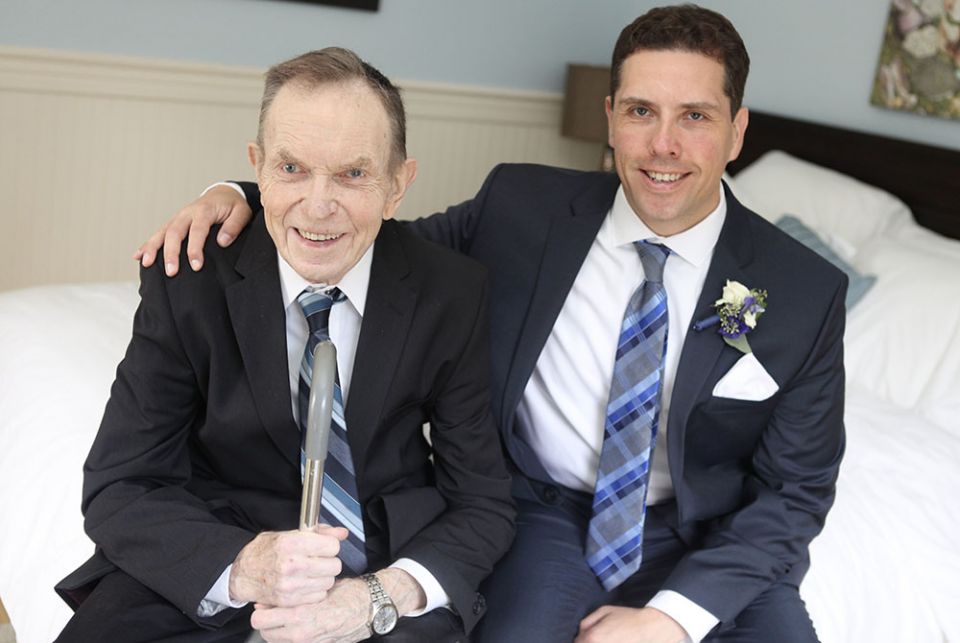 My first encounter with Jerry Ryan was in 2003 at a Catholic Worker house in New York. I was visiting Maryhouse to write a story for NCR about the changing nature of the Catholic Worker and was attending my first "clarification of thought" talk, Dorothy Day and Peter Maurin's term for the weekly discussion of ideas that they thought was a revivifying and essential component of the Catholic Worker movement. Busy looking around the room, I didn't pay much attention to the introduction of the speaker. But a few minutes into his talk, it dawned on me that I was listening to the most fascinating lecture I had ever heard in my life, bar none.

It helped that Jerry was relating the sensational story of Louis Massignon's conversion. A young Frenchman who spoke Arabic fluently, Massignon had gone on an archaeological mission to Mesopotamia in 1907 on behalf of the French Ministry of Education. In 1908 he was suspected of being a secret agent and was detained on a ship traveling the Tigris River. Overhearing his captors planning to castrate and kill him, Massignon took a dagger hidden in his sleeve and plunged it into his chest in an attempt at suicide. In agonizing pain, he experienced a visit of the Stranger (his words) that revealed to him that God alone is holy and that he, Massignon, was nothing, that his whole identity had been a fraud. Massignon believed a judgment of condemnation was rendered, a judgment stayed by the prayers of five intercessors: his mother; the French novelist Joris-Karl Huysmans; the explorer, geographer and hermit-priest Charles de Foucauld; the 10th century Sufi saint and martyr Mansur al-Hallaj; and the Alussi family, a prominent Muslim family that had welcomed him into their home in Baghdad and shown him unstinting Arabic hospitality.

The talk Jerry gave was riveting. The crowd at Maryhouse asking erudite questions about a French intellectual I'd never heard of was almost as interesting; I looked around at one point and thought, who are these people? Some were in religious garb; others not, but they all seemed uncommonly well-informed, judging from the questions they asked. I never did catch the name of the speaker, but following the talk I learned many in the audience were members of the Little Brothers of Jesus and the Little Sisters of Jesus, a religious congregation inspired by the life and teachings of Charles de Foucauld, whose founding Massignon had helped establish. Foucauld had also experienced God in a Muslim context. The two men shared a bond because of it, and Foucauld's last letter before his death in 1916 in the Algerian Sahara was to Massignon. The younger man became not only a Christian convert but France's greatest scholar of Islam and a leading proponent of Christian Muslim dialogue. He also became Foucauld's spiritual executor, arranging for the publication of Foucauld's "Directoire," a rule he left for the establishment of the Little Brothers of Jesus.

It was about 18 months after this that Jerry sent his first query letter to me at NCR, where I was then opinion and arts editor. I didn't at first connect him with the lecture I attended in New York. It was only after a couple of his articles were published, including one on Massignon, that I thought to ask if he might be the speaker I'd heard at Maryhouse. He affirmed that he was, but it wasn't until nine years later, when I was in Boston meeting him in the flesh for the first and only time, that I learned he had gone to New York City to hear that lecture, only to arrive and be asked if he could give it as the speaker could not come. Not many would have been able to step into the breach so ably, but Jerry had been a member of the Little Brothers of Jesus, and was thoroughly steeped in the literature by and about Charles de Foucauld and Massignon.

Jerry's own life story was not without its share of drama. I know only a little of it — that he had his own conversion experience while in college, that he joined the Little Brothers of Jesus in France, becoming the congregation's first American member, and that he spent time as a Little Brother in several European countries before moving to South America. He was part of a Little Brothers of Jesus fraternity in Chile, leading a life of manual labor, friendship and solidarity with the poor, when Salvador Allende, a socialist, was elected the country's president. At the time Jerry was working in a foundry. Once Allende was elected, the owners decamped to Switzerland with their profits, making the foundry one of the first businesses to be nationalized. A plan for worker participation gave rise to Jerry chairing a production committee at the foundry. He became sufficiently active in politics that when a military coup toppled the Allende government and installed General Augusto Pinochet as dictator, Jerry was forced to flee Chile in fear for his life.

Some time later, Jerry left the Little Brothers of Jesus, married and returned to the states, but it was my sense he never strayed far from living out the congregation's calling. He was a chain smoker up until a few years before his death, but his greatest addiction may have been to work. I don't know that I've ever met a man who worked so hard or who seemed so driven by and to it. The United States was in a recession when Jerry returned in 1980 with a wife and child; by necessity (and possibly conviction) he took a job as janitor at the New England Aquarium. He worked there for 33 years and was the custodians' shop steward. Ill health forced him to retire at the age of 77. I met him a few months later and he seemed brokenhearted at leaving the aquarium, whose staff had become a second family. Fluent in French and Spanish, he turned to doing scholarly translations in addition to writing essays, and his spirits seemed often to depend on how much work he had. He never ceased to be a practicing Catholic but for 15 years sang in the choir of a small Russian Orthodox community, an experience which he said opened his eyes to the riches of the Eastern Churches and to aspects of his own tradition he hadn't seen before.

Jerry wrote book reviews and spirituality essays that I thought were among the finest NCR published. A worker and an intellectual both, humble yet fearless, he was thoroughly cosmopolitan, less obviously in his demeanor than in his thinking. In his essays he introduced me and other readers to people I knew of only dimly if at all, but who were significant personalities and intellects in their own times and no less worth reading in ours.

Among them were Louis Massignon, Charles de Foucauld, Leon Bloy, Charles Péguy, Carlo Carretto, Mother Maria Skobtsova in the Orthodox Church. He brought to these pieces a keen mind, a generous nature and a depth of both knowledge and experience. I always learned from what Jerry wrote. He had read widely, thought deeply, and was himself a nuanced and elegant writer, a Christian who had immersed himself in theological reflection and could discuss theology clearly and intelligibly, without jargon or contemporary prejudice or affectation. He was not concerned with theology per se, however, but with living faith and the myriad ways human beings live out their experience of truth.

This past Holy Saturday, I reread his essay on "Et descendit ad inferos," an account of Jesus' descent into Hell to redeem the damned. Inasmuch as it mentions it at all, the Latin Church glides over this, but the Orthodox Church does not, regarding the salvation of the damned as important as the living and the descent into Hell a crucial component of the Resurrection. Jerry wrote the essay to explain the different perspectives of the Eastern and Western church. The Latin liturgy rejoices in Jesus' personal triumph over death, a triumph in which Christians eventually hope to share. The Eastern church puts its focus on the act itself of the Resurrection, on Christ rising from the dead, "not as an historical event of the past but as an activity now taking place within us," he wrote.

Jesus' saving act in descending to Hell to trample death both physical and moral had a special significance for Jerry. So did the communion of saints, a theme that surfaced often in his writing. The spiritual affinities between individuals transcend time and place, he wrote. It was why Massignon spent years researching and writing the life of al-Hallaj, the 10th-century Sufi mystic and poet who had interceded for him. "Those who have gone before us rely on us to bring to perfection their unfinished work of bringing salvation and healing to those who search," Jerry wrote.

Jerry and I maintained a sporadic correspondence until his death this year on Jan. 23. I did not know him well, but I was grateful for his friendship and, surprisingly, he seemed grateful for mine. He wrote a well-regarded book, The Forgotten Aquariums of Boston, and contributed essays on theology and spirituality to not only NCR but America, Commonweal, Spiritual Life and other magazines. I expect and hope that some of these may be republished in a book, for they offer vivid portraits of great-souled people and unusual insights and perceptions. They are the work of an uncommon common man possessed of fierce integrity, a searcher who persistently sounded the depths and brought to readers the riches of what he found.

[Margot Patterson is an editor and writer based in Kansas City, Missouri.]