Jesuit Fr. John O'Malley: In gratitude to a historian who always asked, 'So what?' 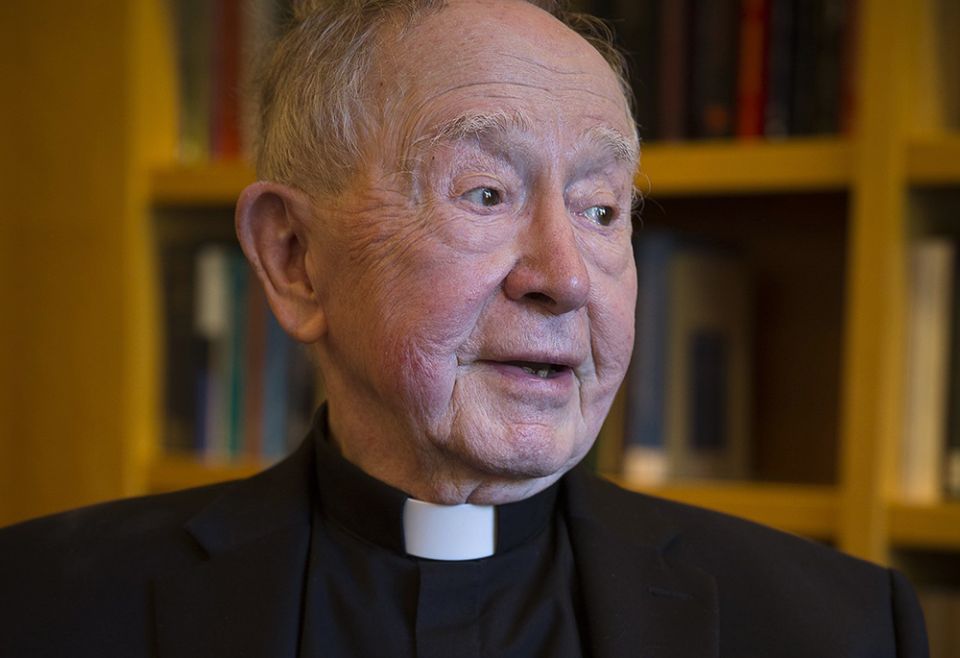 Jesuit Fr. John W. O'Malley, a church historian and former professor at Georgetown University, died Sept. 11 at the age of 95 at the Colombiere Jesuit Community in Baltimore. (CNS/Tyler Orsburn)

Whenever the church puts itself in situations that compromise its integrity and authenticity in proclaiming the Gospel, the historian places matters in perspective. Jesuit Fr. John W. O'Malley, who passed away Sept. 11 at the age of 95, had long put church history at the service of the church, as he described his task in a 1982 America magazine article. He was also kind, modest and, above all, generous. John was fun, even impish, as when he ended a talk on Erasmus with one of the humanist's own taglines: "St. Socrates, pray for us."

Obituaries and bibliographies will tell the extent of his work and impact, having taught generations of laity and clergy at Weston Jesuit School of Theology from 1979 until he moved to Georgetown University in 2006. But a larger point that must not be missed is how his scholarship was admired and embraced by scholars of all faiths or none at all. John was as welcome at the annual conference of the Renaissance Society of America as he was at the American Catholic Historical Association. Multiple learned societies honored him with lifetime achievement awards: ACHA, RSA, and the Society for Italian Historical Studies. Harvard, where he received his doctorate in 1965, granted John its prestigious Centennial Medal in 2016. 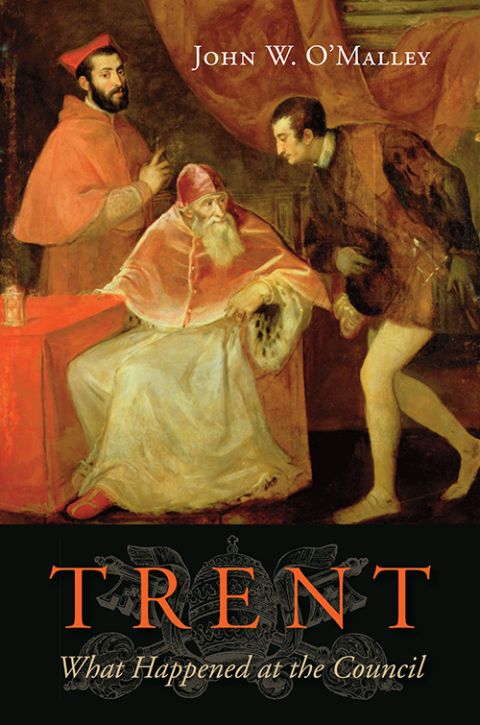 The cover of 'Trent: What Happened at the Council' by John W. O'Malley (CNS)

John's work served the church, to be sure: his The First Jesuits is a transformative standard, as is his trinity of books on Trent, Vatican I and Vatican II. He edited several volumes that gave a voice to younger scholars, for whom he always had time and serious advice. In addition, his focus on rhetoric and humanism along with the twinned topics of style and substance — two subjects often opposed that John married — have impacted scholars' methods in a variety of fields.

John also wrote with verve, style and humor — at turns dry, wry and sweet. In an autobiographical talk for the Sixteenth Century Studies Conference that was published in 2007 in The Catholic Historical Review, he began his tale of growing up in a small Ohio town near the West Virginia and Pennsylvania borders with these delicious lines: "Aunt Annie, Uncle, and their grown son Paul lived next door to us. They were Easthoms, my mother's family on her mother's side. The Easthoms were supposedly Methodists, but they smoked, drank, carried on, and never were known to darken a church door. I liked them a lot."

His personal story is captivating: his mother loved French, he attended public schools during the Depression and World War II, and he fell in love with Latin thanks to his high school freshman year teacher Miss Funari: "Her course was certainly one of the most important intellectual experiences of my life." He entered the Jesuit novitiate in 1946, having never met a Jesuit before applying.

John went through life with eyes wide open, not afraid to admit he was lonely and bored during a dreary final year of Jesuit formation in Austria in 1960-1961. As he recounted in 2007, he drew a lesson for the historian he'd soon become: "I realized in a depth no book could ever teach me how difficult it is to empathize with and understand a culture not one's own."

But then came Italy. He delighted in recounting how, strolling with a gelato cone on his first trip to Florence, he stopped and realized, "This is a good country." He recounted his terror in confronting late medieval manuscripts with not a moment of paleographic training. John witnessed history and appreciated the power of being in Rome during Vatican II while he was researching late medieval reform efforts in the moments before Luther for his dissertation.

John saw Jesuit values in action while a delegate at the 1983 general congregation that elected Peter-Hans Kolvenbach to succeed Pedro Arrupe as superior general after Pope John Paul II’s intervention following Arrupe's stroke two years before. He happened to be in Rome when the first Jesuit pope was elected and took the name Francis in 2013. Ever the good friend, John related how with a few drinks he helped a fellow Jesuit work through the latter's worry that Bergoglio — somewhat estranged from the Jesuits — might institute a new suppression. "He’s done beautifully," John noted at a conference a few months later with evident pride. "Francis has done beautifully."

Apart from his achievements in many areas of historical scholarship, John embraced the importance of studying history itself. One of his favorite phrases was, "So what?" which he described as a trait picked up from his father. Gaudium et Spes (Paragraph 43) teaches that we must be aware of our failings in order to learn from them:

Although by the power of the Holy Spirit the Church will remain the faithful spouse of her Lord and will never cease to be the sign of salvation on earth, still she is very well aware that among her members, both clerical and lay, some have been unfaithful to the Spirit of God during the course of many centuries; in the present age, too, it does not escape the Church how great a distance lies between the message she offers and the human failings of those to whom the Gospel is entrusted. Whatever be the judgement of history on these defects, we ought to be conscious of them, and struggle against them energetically, lest they inflict harm on spread of the Gospel. The Church also realizes that in working out her relationship with the world she always has great need of the ripening which comes with the experience of the centuries.

John taught that history matters and we must constantly harvest the ripe fruit of experience and make it understandable and accessible — although he constantly (and sometimes wearily) reminded his audiences that, no, history cannot repeat itself because each moment of any era is contingent on its place, time and circumstance. In fact, he thought the designation church historian not quite right and a bit limiting, preferring to label himself a historian of religious and Renaissance culture.

His hardcore scholarship built his deserved reputation as a master, but his career also demonstrated that teachers should be speaking to a wider audience all the time, as did the Scripture scholar Raymond Brown, who followed every thunk of a book with short articles on the same topic in popular Catholic magazines. When the church argued yet again about celibacy, there was an America piece giving the history and drawing the lessons. Some bishops announced they would not give the Eucharist to pro-choice politicians, and there was another O'Malley historical analysis warning about excommunication.

John reached many through his outreach essays and later in his career via audio programs for Now You Know Media/Learn25, which turned into short trade books on the papacy and Jesuit history. He often noted that, yes, he wrote many academic books, but as he said in an interview in 2020, "I feel responsible not just to talk to other historians. We often need a big picture and the answer to the question: 'So what?' 'So what?': That's really my question."

The church is grateful for his answers.

A version of this story appeared in the Sept 30-Oct 13, 2022 print issue under the headline: In gratitude to an historian who always asked, 'So what?' . Christopher M. Bellitto is professor of history at Kean University in Union, New Jersey. His new book is a history of humility as the lost virtue, to be published by Georgetown University Press in Spring 2023.

Opinion | Jesuit Fr. John O'Malley: In gratitude to a historian who always asked, 'So what?'