In the far, far distant past — that would be 2015 — you had to get your dog cloned in South Korea. Now ViaGen, "America's Pet Cloning and Genetic Preservation Experts" in Cedar Park, Texas, are there for you.

Now, I get it about losing a pet. I do not get it about spending $50,000 to recreate that pet. (If you are not sure or haven't got the cash quite yet, ViaGen will store genetic material for future use. That costs $1,600. If the pet dies before the biopsy, be sure to keep it refrigerated but not frozen. Best to collect within five days.)

The irony of Streisand's $50,000 dogs — Coton de Tulears bred the old- fashioned way cost between $1,800-$3,500 each — is that the breed originated in Madagascar, one of the world's poorest nations. Madagascar, which sits in the Indian Ocean off Africa, is also in the middle of an epidemic of the plague. It has about one and a half doctors and two hospital beds for every 10,000 people.

Back in Texas, ViaGen's cloning technology is all modern and up-to-date. At the start of 2018, it counted several hundred successful pet clones. A veterinarian harvests pets' genetic material by a skin-punch biopsy. ViaGen scientists remove the nucleus from donor dogs' eggs and insert the harvested genetic material. Instead of sperm, which would introduce different genes, the reconstituted embryo is started on the dividing process with an electric shock. Then, the embryo or embryos are surgically implanted into surrogate mother dogs and, after about nine weeks, the cloned dogs are born. Like most parthenogenesis in nature, the embryo is always female. Hence, Miss Violet and Miss Scarlet.

Tailor-made mammals are not that new. Remember Dolly, the sheep that came onto the scene in 1996? Dolly's donor cells came from another sheep's mammary gland. Ian Wilmut, the Roslin Institute (Scotland) scientist who led the experiment, said, "Dolly is derived from a mammary gland and we couldn't think of a more impressive pair of glands than Dolly Parton's." Dolly the sheep contracted lung cancer; they euthanized her when she was about six and a half years old. 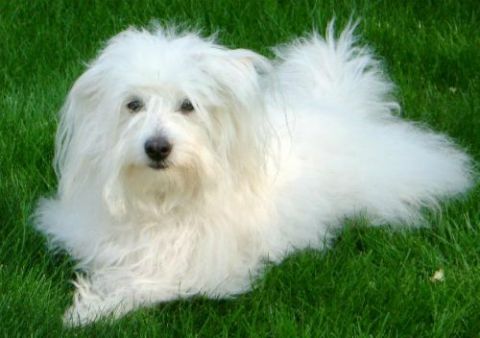 There was a bit of a scandal some years ago when two Korean scientists falsely claimed they succeeded with a form of human cloning. Since then, American scientists created stem cell lines from embryos they later destroyed at blastocyst stage, about five days old. Ordinarily, that's when an embryo finds its gestational home in the uterus.

They kill cloned embryos to "harvest" stem cells, but how long before a cloned human embryo is brought to term?

The multiple scandals here all reside in a Petri dish. Society now allows, even approves, all manner of experimentation. Genetic material and ova are commodities, ready to be used, purchased, and sold to the highest bidder. And it's not just animals.

I do not think we realize the implications. I do not think we realize where this is all going or what it says about the mores of so-called developed nations. We hear that an American celebrity whose net worth is about $400 million drops $50,000 cloning her pet dog, or that Madagascar is ravaged by the plague (both pneumonic and bubonic), and we turn the page to get the sports scores. Not good.

Ethicist: Gene-editing human embryos 'a train wreck of a thing to do'