Women walking together, away from the church 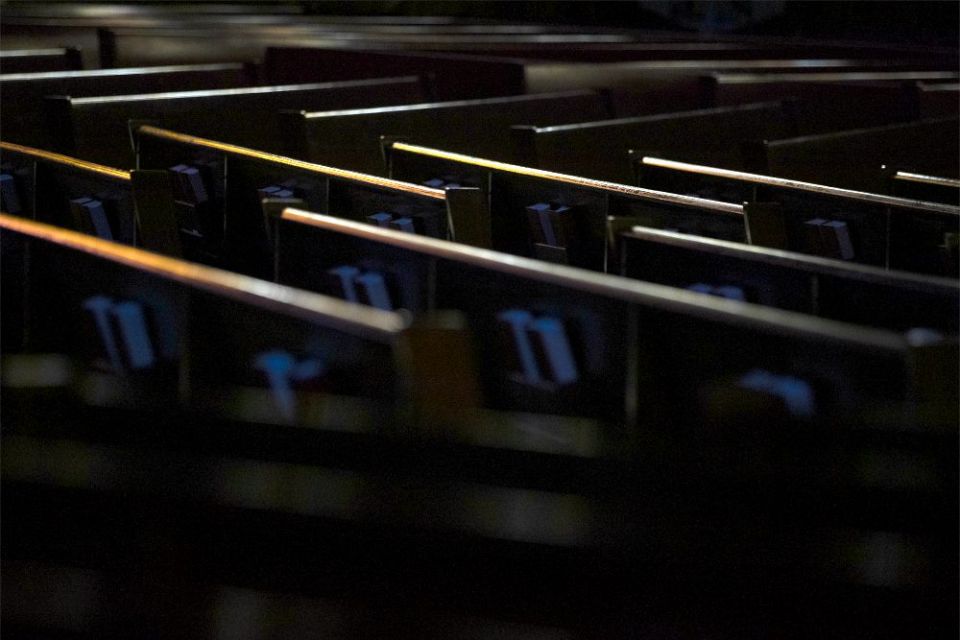 Pews at the Church of the Good Shepherd in Camp Hill, Pennsylvania, May 7 (CNS/Tyler Orsburn)

The Vatican released the participants' list for the upcoming Synod for the Pan-Amazon Region the other day. All 185 synod votes belong to men.

I get it. It is a synod of bishops, after all. But, in theory at least, superiors general of women's religious communities are equal to bishops. Like diocesan bishops, women superiors have jurisdiction over hundreds of women and control millions of dollars in funds and property. There are some 1,500 members of the International Union of Superiors General, giving leadership to more than 650,000 women religious and overseeing genuine mercy and ministry of the living church. Yet not one is a voting member of the synod.

It was not always like this. Years ago, the abilities, intellects and legal authority of women were respected.

Until the late 19th century, there were abbesses who held absolute ecclesiastical jurisdiction over the people and lands of their territorial abbeys. These abbesses had the same authority as bishops. They gave priests faculties to hear confessions, to celebrate Mass, and to preach. They appointed chaplains and parish priests; they oversaw church legal proceedings; they ensured proper elections of religious superiors. You name it, these abbesses oversaw whatever is on your bishop's legal plate today. For 700 years, successive popes recognized, even increased, their authority, especially in France, Italy, Spain and Sweden.

Pope Pius IX, the pope of papal infallibility and of the First Vatican Council, ended all that in 1873, with a bull entitled Quae diversa or "Differences." The longest serving pope in history, Pius IX was elected when he was 54 and died at 85. He was beatified by Pope John Paul II in 2000, following years of controversy, during which his canonization cause was closed more than once.

Today, right-wing Catholics who prefer the church's museum pieces, especially the Latin Mass, are stomping around in disrespectful anger at Pope Francis' initiatives. Although Francis does not deviate from any church doctrine, they create the problems they complain about through their various blogs, websites, newspapers and television and radio outlets. For example, Francis does not "advocate" Communion for divorced, civilly remarried Catholics, but angry right-wing commentators say his pastoral approach does. Further, the extreme right seems to think the world will come to an end if a married man is ordained a Latin priest, despite the disciplinary nature of clerical celibacy and the fact of several hundred married Latin priests worldwide. As for ordaining women as deacons, don't even go there. The right wing ignores the historically documented sacramental ordinations of women deacons, the liturgies used, the literary evidence, even the tombstones using their title: deacon.

Underneath all the fire and smoke simmers a blatant misogyny inherited from the right's imaginings that the way it was is the way it should be. The misogyny is real. History records popes and bishops railing against women at the altar with the same reasoning they used against married priests: women are unclean and cannot be near the sacred. Plus, women are stupid. (The 13th-century Italian canonist Bernard of Botone opined that women could not be excommunicated because they were too stupid to understand the law.) 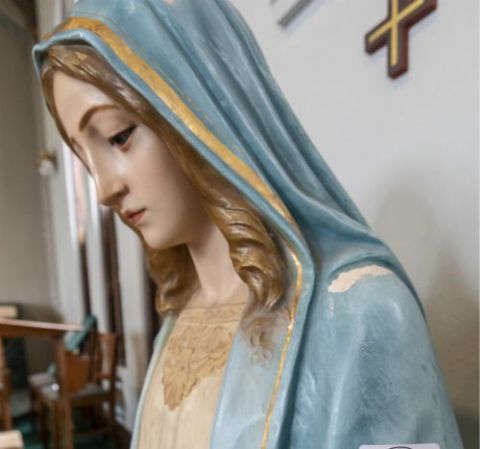 A statue of Mary is seen May 18 during an auction at St. Scholastica Monastery in Fort Smith, Arkansas. (CNS/Jim West)

Do church men still believe that?

To be sure, the large portion of men attending the synod as voting members, auditors or experts are finely educated, interesting people. But moneyed far-right drums must beat loudly in their ears. Women deacons? Married priests? Each a good idea to provide for the needs of the church in South America and around the world. Each a point of near hysteria for these minor but very loud voices.

The church could very well be near a breaking point. The Catholic right is already in schism where it denies the teaching authority of the pope. Yet if both women deacons and married priests are not recommended by the synod, it could be game over.

The schism to worry about is the one where all the women leave the church.

[Phyllis Zagano is senior research associate-in-residence at Hofstra University in Hempstead, New York. She will speak Oct. 22 at Fordham University's Lincoln Center Campus in New York. Her books include Women Deacons: Past, Present, Future, published in France and Canada as Des femmes diacres and in Portugal as Mulheres diáconos: Passado, presente, futuro. Study Guides are available for free download at https://sites.hofstra.edu/phyllis-zagano/.]

Column | Women walking together, away from the church