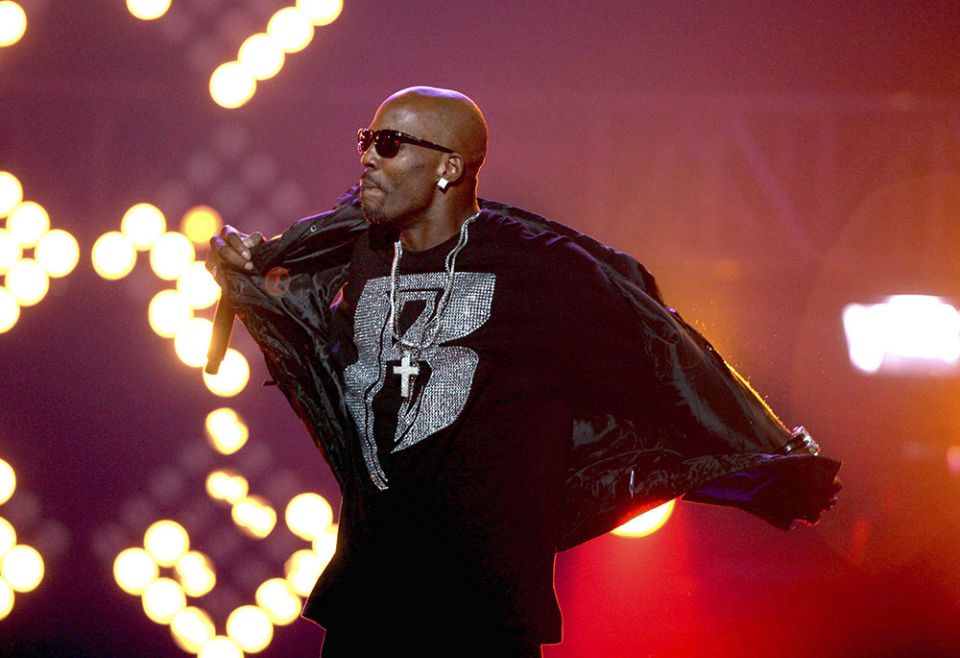 The Gospel of John tells the story of the prophetic ministry of John the Baptist, describing him as "the voice crying out in the wilderness, 'Make straight the way for the Lord,' " paving the way for Jesus the Nazarene.

Hence, his other, lesser-known title: John the Forerunner. John's fearlessness and bold announcement of the coming of the Messiah tilled the soil of hardened hearts and planted the seeds Jesus would cultivate into his world-changing kingdom of God movement.

Earl Simmons, better known as DMX, was my John the Forerunner.

In the wilderness of my gang-involved teens, DMX was a voice unlike any other, piercing my defenses and opening me up to the work of God that would eventually convert me into a devoted follower of Jesus.

DMX burst onto the hip-hop scene in 1998 with an utterly unique debut album, "It's Dark and Hell Is Hot." It was at once a raw testament to DMX's story of suffering and survival while also sounding a faith-filled and hopeful note.

It wasn't as if God was a stranger to hip-hop lyrics: Tupac Shakur, whose posthumous 1996 album, "The Don Killuminati: The 7 Day Theory," depicted the rapper on a cross on its cover, had often invoked God and heaven, to say nothing of the "Five Percent" theology that pervaded so much of East Coast rap.

But what "It's Dark and Hell Is Hot" had that no other could claim was a distinct and overt Christian — maybe even charismatic — spirituality. DMX spoke directly with God in "The Convo," in a lament worthy of Job ("Why you chose the hood for me?") and wrestled with satanic temptation in "Damien" as Jesus did in the wilderness. "The Snake, the Rat, the Cat, the Dog / how you gonna see him if you livin' in a fog?"

DMX wrote hauntingly about death, summoning the anguish of Jesus praying passionately in the Garden of Gethsemane. "You give me the Word / and only ask that I interpret / and give me the eyes / that I may recognize the Serpent."

The only child of a schizophrenic single mother, I'd experienced more than my fair share of abuse and neglect. For a teenager wrestling with his own inner demons, DMX opened up a way out of the game through faith. If he could loft his questions about the problem of evil directly at God and rebuke the devil who tempted him to sin, maybe I could too. "Somebody's knocking / should I let him in? / Lord, we're just starting / but where will it end?"

Later that year, DMX dropped "Flesh of My Flesh, Blood of My Blood," which, like "Hell Is Hot," topped the charts. When the criminal community to which I'd fled for safety began to unravel and my own choices landed me in one too many potentially deadly situations, the lyrics of "Slippin' " hit me like prophecy: "See, to live is to suffer. But to survive, well, that's to find meaning in the suffering."

About this time, my childhood friend Nate invited me to his baptism at a Pentecostal church. I heard God's voice through the pastor. It called me like the voice of God in DMX's music. After I was baptized, I encountered a new version of myself. On repeat on my Sony Discman, meanwhile, DMX was telling the story of a prodigal come home: "My child, I'm here as I've always been / it is you who went away and are back again," he said on "Ready to Meet Him." I tagged my first Bible with a sketch of myself drenched in blood like the cover of that album.

Given DMX's influence on me, it's no coincidence that I came to faith through the Pentecostal tradition. DMX prepared me for Pentecostalism's warfare worldview, with its prayers that repel demons and speak of "basking in God's glory." I even played "The Omen" for my new Christian comrades, but few ever came to fully understand how Earl Simmons had led me to Christ.

For DMX, faith was also a weapon in his lifelong battle with addiction. In a revealing interview with fellow legendary emcee Talib Kweli, DMX revealed that he'd been tricked into smoking crack by a trusted mentor at age 14. "The monster was born," he said.

Throughout his career, DMX was transparent about his struggle with addiction, and I'm confident I'm not the only one who was encouraged to reach out and ask for help because of him. He inspired so many of us to live authentically, love authentically and embrace a messy faith that didn't hide behind pious platitudes. Everywhere he went, DMX was a light, even when he himself felt like he was trapped in darkness.

DMX never did become a pastor, as he'd hinted he would a few times; he was no Bible scholar or theologian. Even still, DMX was a witness to the power of God to hold on to someone who holds on to God.

Mainstream rap has grown more Christian. So why is Christian rap going mainstream?

DMX pointed me to Jesus not through a sermon or a Bible study, but through his bold faith that didn't paper over his flaws. His full humanity drew me into the full humanity of Jesus and his trust in God emboldened me to have faith too.

On April 2, Simmons suffered a heart attack, was resuscitated at the hospital and placed on life support. He died a week later after his brain activity had not improved.

Until the resurrection, Earl "DMX" Simmons, rest in Jesus.

[T.C. Moore is the lead pastor of Roots Covenant Church in St. Paul, Minnesota. The views expressed in this commentary do not necessarily reflect those of Religion News Service.]