Links: The US bishops' law firm; backtracking on abortion; and brick-and-mortar stores 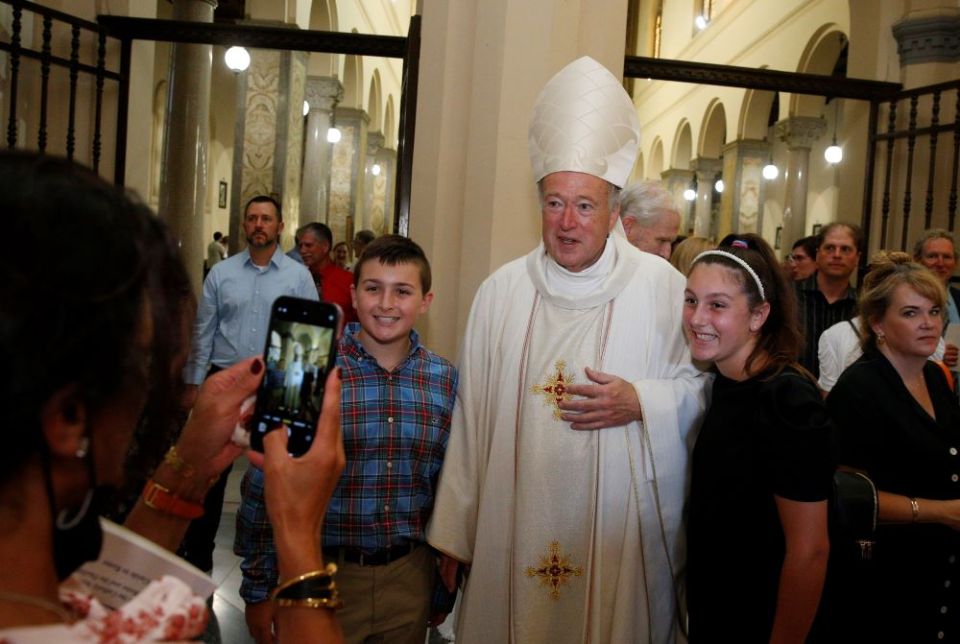 Cardinal Robert McElroy celebrated a Mass of Thanksgiving with his family, friends and pilgrims from San Diego at St. Patrick's Church in Rome on Aug. 28, the day after he was officially invested into the College of Cardinals by Pope Francis. We in the press had asked in advance for a copy of his text but, as you can see in this video from the San Diego Diocese, McElroy preached without notes and delivered a wonderful sermon about the importance of humility.

In The New York Times, business investigations editor David Enrich has done a deep dive into the Jones Day law firm, which has been a key player in the effort to move the U.S. judiciary to the right. The firm also represents the U.S. bishops' conference and many dioceses and religious orders. That representation needs to be examined if the church wants to appear nonpartisan, which it must want to appear.

Relatedly, in The Washington Post, columnist Paul Waldman reports on the ways Republican candidates are already backtracking on the abortion issue. To think that some prelates were so naïve as to entrust the pro-life cause to a political party! Now, having sold their souls at the steepest price in American history — support for Donald Trump — the party he bought is having second thoughts. I am not going to say "I told you so." I'm not.

At Yahoo Finance, Seana Smith on the reported "death" of brick-and-mortar stores being highly exaggerated. It turns out that 85% of all retail business still happens offline, in old-fashioned stores. When you see an empty storefront, it may mean that the business simply found a better location. This is important. Americans need places where we interact with people of different ideologies and backgrounds, places that transcend the divisions that plague the nation, even if that place is a supermarket or a furniture store.

At Architecture Daily, a fascinating look back at Walt Disney's original plans for EPCOT. Turns out he did not intend an amusement park, but a prototype for what urban living could, and should, become. His plans went to the grave with him. At the end of the article, however, one is left with the question: Who entertains visionary ideas like Disney's today?

Opinion | Links: The US bishops' law firm; backtracking on abortion; and brick-and-mortar stores