A hunt for the memory of my Italian and Mexican grandparents 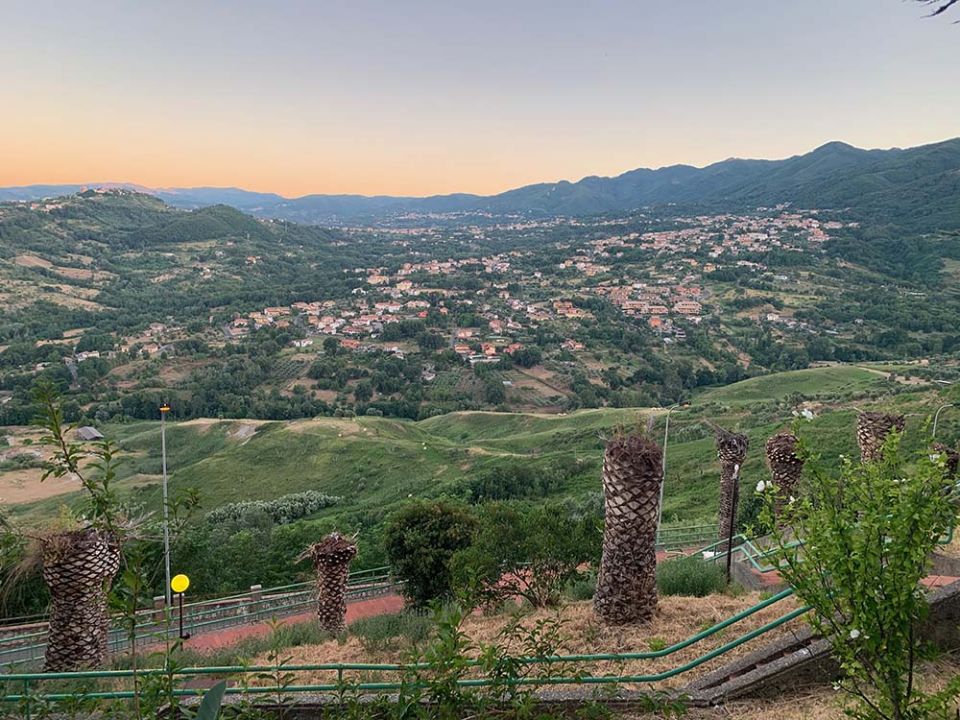 A view of the Calabrian hillside from the town of Rende, Italy (NCR photo/Joshua J. McElwee)

A great blessing of my life has been the opportunity to know each of my grandparents, and even three of my great-grandparents.

As we approach the first World Day for Grandparents and the Elderly, to be celebrated July 25, I have been reflecting on the sharing of memory they offered to me. But I have also been thinking of the sharings never offered. Maybe some things were too hard to speak about.

I am named McElwee. From that you see my father is of Scotch-Irish descent. Of his heritage, of our family's success, of our failures, I am deeply proud.

But that is not my only identity. Like many Americans born of immigrants, the name on my birth certificate obscures others. My mother was the daughter of Italian and Mexican immigrants. I am also a Salerno, a Filippelli, a Moreno, and a Cueva, too.

My grandmother Irene's family was forced to leave Mexico during the revolution. I remember writing as a child to my great-grandmother Carolina, who had returned to her town near Guadalajara later in life. I don't remember her or Irene telling me what it was like to have to leave home, to have to try to adapt, to have to become "American." I also don't remember Irene ever speaking Spanish. A "good" immigrant in those days tried to fit in, I think.

By the time I knew my grandfather Joe, he was quite old. I can still clearly hear the echoing ring from the hearing aids he wore. He would work all day to make a gnocchi meal for us, but I can't remember that he ever directly spoke of Italy.

My life in Rome these past seven years has been somewhat permeated by the presence of Joe's parents, Ignazio and Caterina. They left for the U.S. from a small town in Calabria, near the ancient but underappreciated city of Cosenza. Through genealogical searching, I've known the basic facts of their lives but not much else. 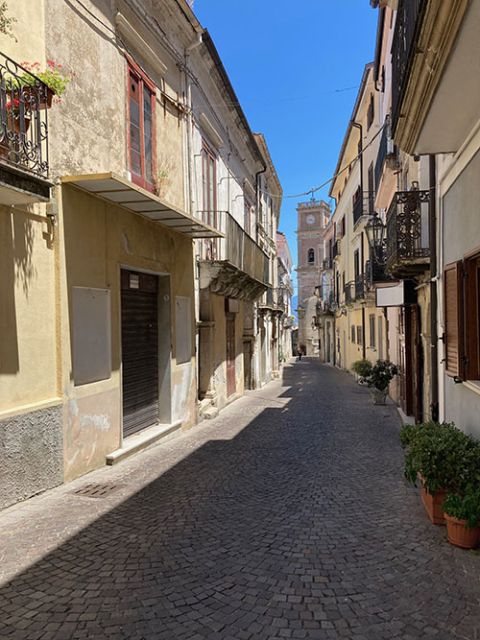 A view of one of the cobblestone streets in Rende, Calabria, Italy (NCR photo/Kate McElwee)

A few weeks ago, my wife and I were able to visit Ignazio and Caterina's comune. It's a hill town of exactly three cobblestone roads. You can walk the length of it in less than 10 minutes. It's an odd, moving thing to walk on stones someone who carried your blood may have walked on a century ago. I wasn't prepared for the beauty of the view from atop the hill of the valley below, especially at sunset.

One of the hopes of our visit was to find some indication of where our family lived. Perhaps we could take a photo on the street that was theirs. A woman at the town registry office was kind, letting us examine the bound volumes that contained their actual acts of birth and marriage, recorded in beautiful, handwritten calligraphy.

We found no address for them. Only a reference that they lived in an area far outside the hill town's walls, which now contains generic Italian postwar condominium housing. I think it must have been just fields then. Ignazio and Caterina probably lived in a very simple dwelling. If they were ever able to enjoy the view of the valley from the town proper, I'd bet it looked pretty different to them.

Memory. Perhaps it doesn't have to be passed on directly. It can be experienced, too. I hope one day to also have the opportunity to wander the paths once walked by the Morenos and the Cuevas. Irene never really passed on her story to me. But maybe the streets will talk.

A version of this story appeared in the July 23-Aug 5, 2021 print issue under the headline: A hunt for the memory of my grandparents .

John August Swanson lived his faith, worked for a better world through art