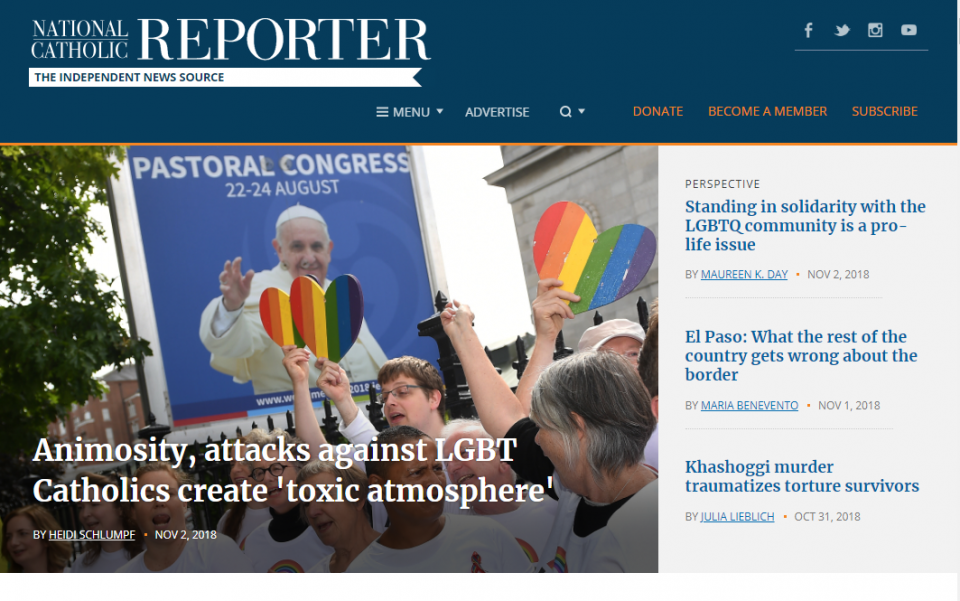 Greetings, and welcome to this space. In an informal consultation with the staff, the consensus is that NCR Connections is fitting because "connections" seems appropriate to the evolution of this publication in the digital age.

Newsgathering now can seem like three-dimensional chess at warp speed. The static page (and I can wax romantic about real ink and real paper) just can't contain the possibilities of the digital age.

Inside NCR, a spot on page 2 of the print edition that was home for me for about nine years in a previous era, was a great place for an editor to try to tie things together and lead readers through an issue. It worked well in a time when the only possibility for getting NCR's news was a once-a-week (and ultimately every-other-week) real, live newspaper that we hoped landed in your mailbox in one piece before the next issue was scheduled to arrive.

It was a more linear time, slower paced and with clearer boundaries.

The website has become a daily publication. The news won't yield to an every-other-week treatment. So at least once a week, we'll take to this space to try to point out some guideposts and markers along the way. You'll also find more editorials on the website tied to events as they occur.

To the task at hand this week:

It would be nice, as the wider culture witnesses hateful violence recently targeting African-Americans, Jews and political opponents, to be able to say the church is a refuge from such hateful sentiments. But before all of those events crowded the news, we had Dan Morris-Young rush from Washington state to San Diego, California, to cover a story involving a gay church worker who had become a target of increasingly vile remarks from three "Catholic" groups that are a religious version of the alt-right. If you need a refresher, you can find that story here.

We follow that awful episode this week with a wider story by national correspondent Heidi Schlumpf, whose reporting digs deep into the genesis of such sentiment within the church and its long-term effects and the suffering it inflicts on people within our community. A must-read, it can be found here.

Be sure to read, too, the accompanying column by Maureen K. Day, a timely exploration of how elevating one element of Catholic teaching above all others actually distorts the fundamentals of faith. When we ask the wrong question, as we often do when discussing LGBT issues, she writes, we arrive at wrong answers.

Maria Benevento, an intern whose work rises well above that title, spent several days in El Paso, Texas, along the border, interviewing Catholics for a pre-election report. Her three stories from that visit resulted in much more than a preview. They constitute a reality check on the image in which that region is often cast and on the issues that have been used repeatedly to incite fear of the other and create a false need, if the residents of El Paso are any indication, for walls and troops beyond the security that already exists. Coursing through the stories is a depiction of the best of Catholic presence and witness. Catholics, from parish to chancery office, offer a steadiness and calm that grows out of real human connections, not caricatures drawn with an ideological edge. You can read all three of her pieces at our 2018 Midterm Elections feature series here.

The U.S. bishops, under siege anew in recent months for their handling of sex abuse cases, meet in Baltimore Nov. 12-14, and columnist Michael Sean Winters declares it their most important meeting since the 2002 gathering in Dallas.

Keep eyes on this page. Coming up next week: A pre-midterm report from Iowa by Brian Roewe; a commentary by Fr. James Connell, a canon lawyer and member of Catholic Whistleblowers, on the need to modify the seal of confession in certain instances where sex abuse of minors is the issue; and a curtain raiser from Schlumpf for that national bishops meeting in Baltimore.

A version of this story appeared in the Nov 16-29, 2018 print issue under the headline: Welcome to the here and now .