Churches should have the courage to recognize new revelations 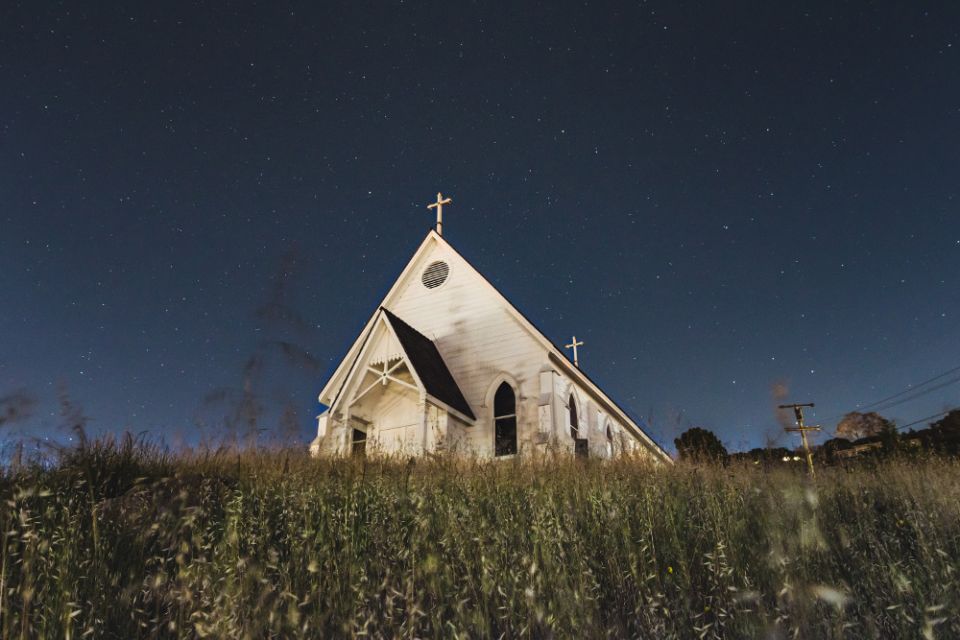 The churches of America are turning inward as their leaders struggle to recapture spiritual vitality and growth in parishes that are dwindling, many to the point of extinction. Success in rekindling spiritual vitality that draws new members is more elusive than ever in the view of a growing consensus.

That analysis stems from signs and samples rather than formal studies. Limited evidence arises from surveys, but, understandably perhaps, denominations aren't eager to highlight a scary trend for which they have no ready answers. It is not their fault; the shifting winds of Western culture have confronted them with a mounting dilemma that has stifled their ability to preach a pre-modern religion of supernatural wonders to this-worldly moderns. The sky isn't falling at the same rate everywhere, of course, but the rumbling is pervasive.

Here is one example of the astonishing shrinkage. A long-time Episcopal rector who's been a leading source of inspiration for his diocese reports that of the 59 parishes in the diocese only four now have full-time rectors.

How does Advent's promise that something remarkable is about to happen beyond the normal scope of human experience to those who presumably don't believe angels deliver messages to maidens and divine astronomers move stars into the right place at the right time? Even if those epiphanies are interpreted as metaphors and meaningful myths, the root of the narrative is that supernatural events took place. That has become a stumbling block, not because rationalism and science are enemies but that centuries of secular conditioning has conditioned contemporary people to be far less receptive to otherworldliness.

The big question is how to preach that non-rational message of miracles to an age that likes the idea of them but can't quite think they are grounded in historical fact. For some, the response is to attempt a two-room mind that separates "truths" without trying to reconcile them. One side operates by the rule of logical, everyday life; the other seals off otherworldly beliefs from logical scrutiny. Since the mind interacts so ferociously, however, it's hard to imagine the two side wouldn't challenge each other. Advantage, secular thought, I'd guess.

My reading of such marks of decline isn't to spell disaster for Christianity but to echo the small but louder chorus of voices that see it as a possible turning point of epochal dimensions. No, the traditional elements of evangelism aren't working, they say, but that vacuum caused by the negation of that form could be the ground of revelation. The Enlightenment and the scientific, human-focused traditions it spawned can be the soil on which Christianity can be preached in a yet-to-be discovered way. This would mean abandoning the disciple-building approaches of the past and being open to a way that augments the Enlightenment rather than fights it. After all, the Enlightenment helped rid the world of superstition (a process yet to be finished of course), boosted the scope of human dignity and rights and provided the medical advances that save our lives.

The only way that the church's Gospel of life can be transmitted is by meeting such a new terrain where the consciousness of humanity is based on a set of suppositions about the way the world works that didn't exist even 200 years ago.

I believe the step toward discovering the path ahead is by having the courage to recognize the end of one epoch and the start of another, requiring a letting go of the methods that our forebears employed to so much good effect and awaiting what amounts to a new revelation. And that it should be done together among denominations and sects because no one has been immune to the paralysis that's taken hold of the churches (yes, evangelicals, too).

That exploration is about listening rather than rushing to fill the gap with something concocted to relieve the discomfort of silence. It runs the risk of turning up nothing for a long stretch. But a valid search means being as entirely open as possible.

At the moment, a state of quiet anxiety swells at various points on the religious landscape, spawning uncertainty, denial and withdrawal and uncertainty. Nobody on the broader scale has answers right not. Isolation makes this more acute. Churches often don't want to talk about lest they be embarrassed by the suggestion that the losses would go away if they just did things right. All can do better, of course, and that's always been true for each Christian community. No need for self-blame, however. But I hope that in place of fear churches can embrace the larger force, almost entirely beyond their control, that affects all of them and is arresting the health of Christianity.

That would seem to have been the kind of apprehension surrounding the Advent events. Promises can still be kept so long as we're ready to recognize them.

Opinion | Churches should have the courage to recognize new revelations