How should Catholics feel about a new Supreme Court Justice? 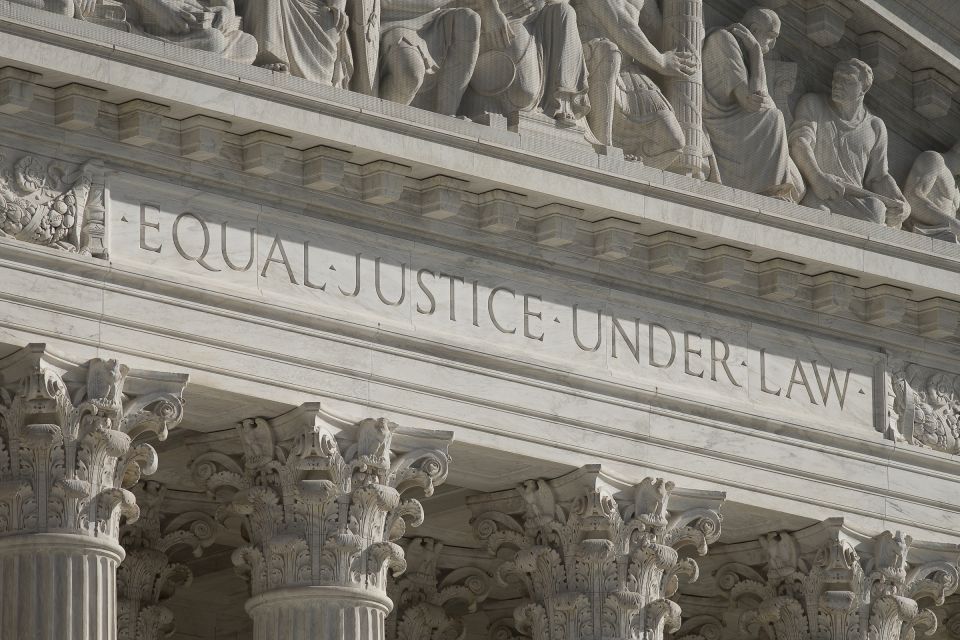 Catholics are divided as the country considers a new Supreme Court Justice. Those active in the right to life movement may be cheering with their fundamentalist confreres at the possibility of Roe v. Wade being overturned. Social Justice Catholics are likely concerned about the erosion of rights and freedoms under a far more conservative court.

One of the factors that makes this decision so crucial is that it will determine the future of Supreme Court decisions for at least a generation. Every candidate being considered is in his or her 40s or 50s. The breadth of decisions that will confront these justices for years into the future will touch on every aspect of our daily life.

It also needs to be recalled that none other than Pope Francis was concerned about single issue voting or a focus on only one or two issues. Early in his papacy he said it was time to stop talking about abortion and same-sex marriage. Francis wanted more attention paid to the poor and to God's love and mercy.

The point is that there are other important issues that demand our attention. A person's position on abortion should not eliminate that person from consideration for political office. Where they stand on other important matters is critical in our present political climate. Politicians of all stripes need to work together where they agree. As important as abortion may be, it won't matter much if we fail to resolve other crises that we are now facing.

Let's look at some of the social justice and foreign policy issues that are facing us now. Again, Pope Francis has called attention to the critical importance of the environment and our response to the dangers it poses to our way of life. We can't look away when the decisions that are being made impact small children who are separated from their parents. Are we going to slowly lose health care benefits, such as the coverage of pre-existing conditions? Do we care about our American neighbors in Puerto Rico that are largely being ignored in their time of need? Are we going to demand a resolution to the gun violence that is causing the death of so many of our young people?

There are so many signs of danger on the foreign policy front, and changes are being made to our foreign policy positions that should concern all of us. We are already learning that North Korea is enriching uranium despite the summit with Trump. The president is attacking our alliances, including NATO, which empowers Russia to be more aggressive against European democracies.  There is even talk that Trump might accept Russia's annexation of Crimea. This move would go against international norms that insist a country cannot invade another country to gain territory.

Finally, let me take a crack at the issue of abortion itself. Why do millions of Americans think abortion should be legal? A recent poll shows that 70 percent of Americans do not want Roe v. Wade overturned.

Why are so many people unable to see what right to life advocates see so clearly? Jesuit Father John Courtney Murray, American theologian and ethicist, posited that our highest obligation is to our own personal conscience. It is unacceptable to take away a person's ability to make her or his own decisions or to coerce certain behaviors. The church at the Second Vatican Council adopted the Declaration on Religious Liberty to make that point — why is that true of everything except abortion?

At some point science may be able to show that viability occurs at an earlier stage of pregnancy, or produce other salient facts that impact our thinking on abortion. It is important to remember, however, that Roe v. Wade legalizes abortions up to the point of viability, whatever that may be.

One of the worst instincts of the right to life movement in my estimation is its determination to make every act of abortion equally heinous whether it is meant to save the life of the mother, or in response to rape or incest. When arguments are made against morning after pills and even contraception the right to life movement loses credibility.  Again, what one believes about the personal morality of such actions cannot appropriately be used to interfere with the rights of the individual to make such sensitive decisions without interference from government officials.

The church has the right to proclaim what it believes and what teachings it expects its members to follow. It does not have the right to impose its beliefs on people of other faiths or no faith.

I have said it many times, but I will say it once more. If you find natural law arguments persuasive, that's fine but, trust me, you form a small minority. These arguments are not persuasive to most people, and I would include myself in that group. Therefore, if you say that natural law proves that abortion is wrong in all cases, and all people should be able to see that, you are just wrong. It may be obvious to you, but it certainly isn't obvious to a lot of people.

I don't expect or even desire to change anybody's opinion concerning abortion. However, I do think it would be helpful to understand and recognize that everyone does not see the issue the same way, and that doesn't mean that everyone who disagrees is operating in bad faith.

I believe John Courtney Murray would tell us, we live in a pluralistic society, and forcing everyone to comply with one's religious point of view is not an appropriate position.

Opinion | How should Catholics feel about a new Supreme Court Justice?

Scalia, Staubach among seven to receive Presidential Medal of Freedom