Is it time to talk about Trump's impeachment? 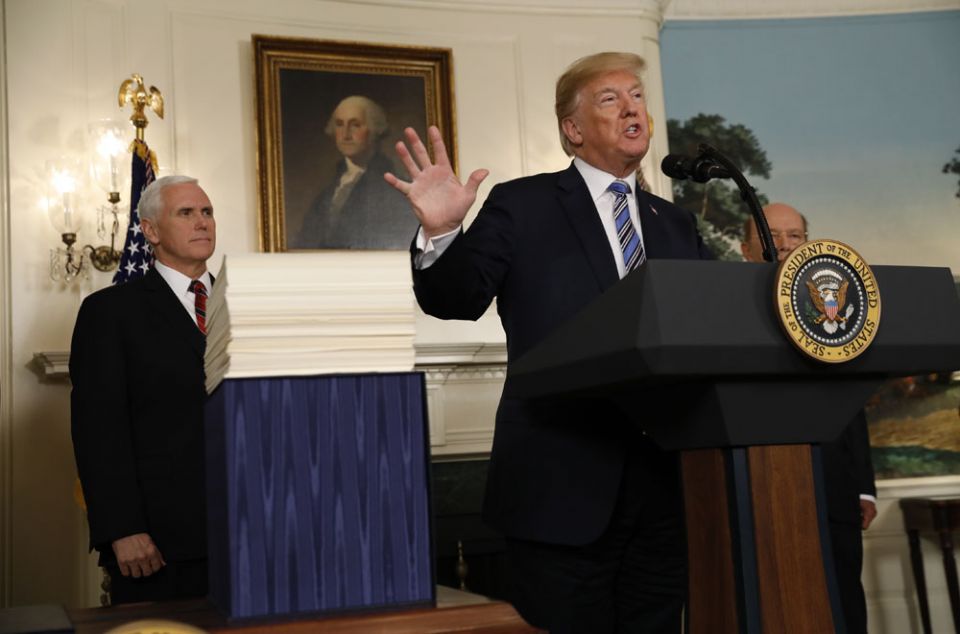 Anyone who can remember the Watergate hearings of 1973 will remember the likes of Sens. Sam Ervin of North Carolina and Howard Baker of Tennessee, who asked probing questions of the principals in the Watergate investigation. Daily, the American people were privy to what had occurred in the Watergate break-in and cover-up. As many as 85 percent of TV viewers watched at least some of the hearings. By the time Sen. Barry Goldwater of Arizona, and others went to the White House to tell President Nixon it was time to go, there was a consensus among the American people as to what had taken place.

The congressional hearings into the Russian investigation began the same way. We had the compelling testimonies of James Comey, former FBI director, and Sally Yates, former acting attorney general. It was clear these public hearings were not going to go well for the president. Suddenly, they were gone. The American people were not going to get a daily drumbeat of televised testimony into the interactions of the Trump campaign with the Russians.

Instead, what we got was a determined cadre of Trump and his supporters undermining every aspect of the investigation. In this process they have been attacking critical institutions, including the Justice Department, the FBI, the intelligence agencies, the courts, and of course, the media.

What Americans believe about the Russian investigation is totally dependent on whether they are getting all their news from FOX News and other right-wing media, or what are still considered mainstream media outlets.

Because of his position as president and his skill at manipulating the conversation, many people believe that Donald Trump is winning this argument.

Therefore, no one is sure what will be the response of the public when special counsel Robert Mueller issues his report. Let's imagine that Mueller's report comes out sometime this summer, and it is damning to the president. How will people react? There can be no doubt that Trump and his supporters will cry foul and disparage the investigators and their findings.

What will it take for justice, whatever that may actually be, to prevail? How will this country come to know the truth? Will enough people care to pursue the truth and act on it?

The first test will of course be the midterm elections. If Democrats fail to retake the House and the Senate, then the battle will be over, and the Trump administration will have smooth sailing into 2020 and likely beyond.

In the meantime, the media and responsible politicians and citizens on all sides of the political spectrum need to do all that is possible to focus on the facts and ensure that they are known and understood by the public. The president needs to be called out every time his statements do not square with the facts.

I am not a lawyer, but legal questions aside, there is in front of us a prima facie case of obstruction of justice. In fact, Trump is doing everything he can to undermine the Mueller investigation, every day of his presidency.

Let me just remind us of a few facts:

Trump told Lester Holt of NBC News that he was thinking of the Russia investigation when he fired Comey.

Trump had Russian officials into the Oval Office and told them that he had relieved pressure over the Russia investigation by firing Comey.

Trump has tried to pressure Jeff Sessions, his attorney general, into resigning because Sessions recused himself from the investigation.

Trump then pressured Sessions more than once to un-recuse himself and take over the investigation again.

This link goes into much greater detail on the actions of the president.

Then they said Obama officials had improperly unmasked Americans to get information on Trump.

The evidence suggests that whatever unmasking was done was done based on legitimate reasons or concerns.

They said an improper FISA warrant had been used to gain inappropriate surveillance of Americans.

They said the investigation originated from a salacious dossier paid for by the Clinton campaign.

Now, they are saying that Obama had a spy implanted in the Trump campaign to gather information.

Every one of these ideas has been discredited or shown to be grossly misleading. Is there anyone who can point to any one of these items and say that it was not designed to obstruct the Mueller investigation?

The moment of truth is coming. Our very democracy hangs in the balance. While it may be a bad idea politically for Democrats to talk about impeachment right now, it is surely time to stand for the truth and hold this president accountable.

Democrats may not have the luxury of waiting until after the election to broach this topic. That moment of truth may be coming this summer.

Opinion | Is it time to talk about Trump's impeachment?

Thank you to the whistleblowers and leakers

Taking stock of the political life of 2018