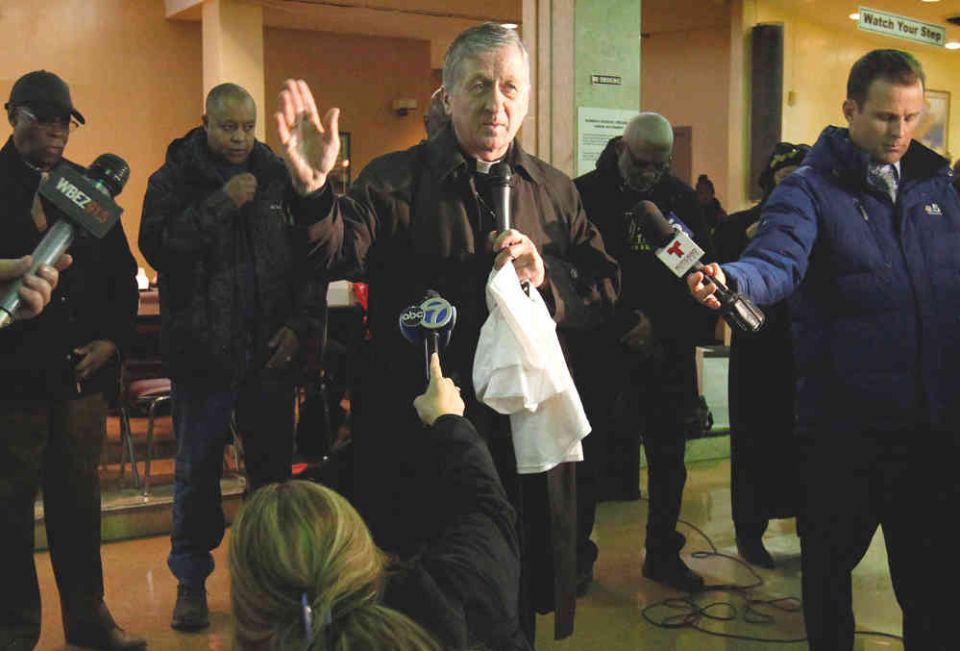 03.27.2018 Chicago Cardinal Blase J. Cupich blesses young people March 23 before they headed to Washington for the March for Our Lives event the next day. (CNS/Karen Callaway) Question for readers: Did a similar blessing happen anywhere else in the USA? If yes, please let me know.

Pray and reflect during Holy Week using Scripture commentaries, articles, art and graphics from Celebration, National Catholic Reporter and Global Sisters Report. Visit all the resources on the Celebration page.

NCR and its sister publications offer quite a few resources for Lent (and when appropriate, the Easter season):

"Rarely in my lifetime have I seen the type of civic engagement schoolchildren and their supporters demonstrated in Washington and other major cities throughout the country this past Saturday. These demonstrations demand our respect. They reveal the broad public support for legislation to minimize the risk of mass killings of schoolchildren and others in our society." Repeal the Second Amendment, says John Paul Stevens, retired associate justice of the United States Supreme Court.

Note to readers: See question in caption of photo above.

New York Cardinal Timothy Dolan's charge in the Wall Street Journal that the Democratic Party has abandoned Catholics in favor of an abortion agenda raised a few eyebrows. This is what Michael Sean Winters thinks.

UNITED NATIONS -- At the end of two weeks of meetings that drew women from throughout the world, the U.N. women's commission agrees on measures to empower rural women and girls

MELBOURNE -- Australian police set up a task force targeting Cardinal George Pell before formal allegations of historical sexual offenses were made, a court heard on Wednesday at a hearing to decide if the Vatican Treasurer will face trial on the charges. The case is expected to close on Holy Thursday and the magistrate to rule several weeks after that.

Tomorrow is Holy Thursday, and foot-washing is part of the Catholic tradition:

And don't forget that a 2016 Vatican decree OKed washing women's feet in the Holy Week ritual, a practice that a survey by FutureChurch found largely already happens regularly anyway.

As we gather for the Triduum this year, let's remember Syria: Syrian Christians feel like strangers in their own country

Taking some spiritual exercise: Walking the labyrinth in Lent

Did you see this story from earlier? Archbishop Lori calls for renewed focus on Rev. King's call to nonviolence

Last week you read about the Vatican's communications czar resigning because of the Benedict letter scandal. Well, the fallout is spreading: Benedict XVI criticism of theologian revives image of 'panzer cardinal' Retired pope's letter sparks speculation over what role he is playing at the Vatican during his retirement. (This site may require registration.)

I don't know why American political conservatives take so much interest in our pope. This is from the National Review. No, the Vatican's "Lettergate" Scandal Was Not an "Unforced Error"

Reclaiming the mystical interpretation of the Resurrection