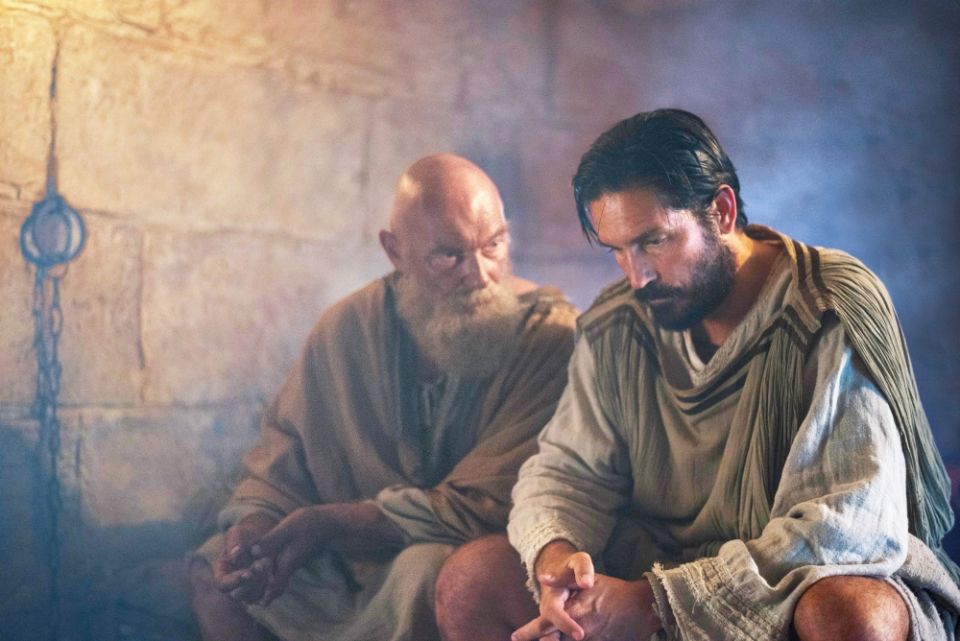 James Faulkner as Paul and Jim Caviezel as Luke are seen in the film "Paul, Apostle of Christ." (CNS/Sony Pictures)

"Paul, Apostle of Christ" is worthy of a widespread audience and not just in catechetical circles. It features the same high-level production and the same actor (Jim Caviezel) as "The Passion of the Christ," but Paul's PG-13 rating also makes it appropriate for high school classrooms and youth group screenings. While "Paul, Apostle of Christ" is not a scholarly endeavor, it does present a compelling portrait of the historical world of St. Paul in three major ways:

1. The formation of the New Testament

"Paul, Apostle of Christ" dramatizes the movement from the orally preached kerygma to the written word that would stabilize into the New Testament, a process that most Christians have probably given little thought. The premise of "Paul, Apostle of Christ" is that Luke (Caviezel) is writing the follow-up story to his Gospel and in need of source material. Through conversations with Paul (James Faulkner) in prison, Luke transcribes Paul's words into what will become the Acts of the Apostles.

The film's frame story is imaginative, and some historians and biblical scholars may question the plausibility of the narrative structure. The speculations, however, do not distract from the purpose of presenting first-century Rome and the transmission of the New Testament.

There are many people mentioned in Scripture about whom we know precious little. Yet these courageous leaders and martyrs are the sine quibus non of our faith. "Paul, Apostle of Christ" puts flesh on the bones of two figures in particular mentioned in Pauline corpus: Aquila and Priscilla. Through the eyes of this married couple, we visit an early church that is alive and struggling to live out its experience of the risen Christ. 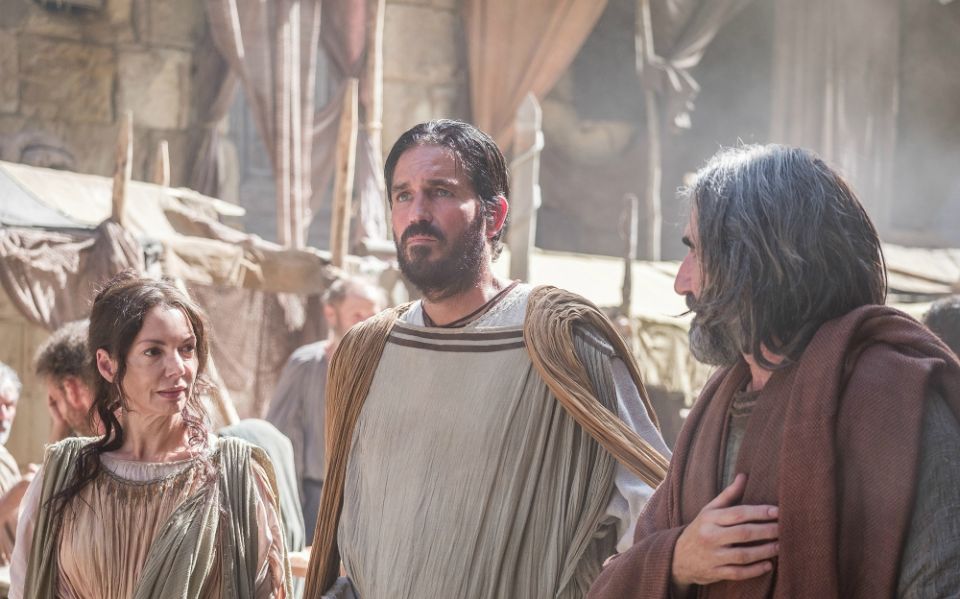 Joanne Whalley as Priscilla, Jim Caviezel as Luke and John Lynch as Aquila in "Paul, Apostle of Christ" (CNS/Sony Pictures)

3. The internal and external struggle of the early Christian church

Roman oppression forced the early Christian community into hard decisions. "Paul, Apostle of Christ" takes place a few years after the great fire of Rome of 64 A.D., an event described in The Annals by Roman historian Tacitus. According to Tacitus, Nero intensified the persecution of Christians by scapegoating them for the fire. Remaining in Rome put the lives of followers of "the Way" at risk, but also put them in contact with people they desired to serve, such as widows and orphans.

"Paul, Apostle of Christ" shows how external Roman persecution pressurized the internal struggles of first-century Christians. The young church in "Paul" debates the incongruity of the example of Jesus with violent reprisal against Christians' Roman oppressors. The visualization of external and internal pressures offers an analog for understanding the web of conflicts and pressures for individual Christians and the church through the centuries. The film also offers a moving glimpse of the reconciliation of these struggles in the communion of saints.

Beyond these three historical points, "Paul, Apostle of Christ" has cinematic strengths.

Light and darkness are used effectively throughout the film. The chiaroscuro palate of "Paul" is like watching a moving Caravaggio painting, especially in the dark and shadowy dungeon scenes lit by flickering torches. The French word for dungeon is oubliette, a word that stems from the word for "forgotten." In contrast, the Greek word for truth is alethia, which stems from the things that are "not to be forgotten." In the forgotten place of the dungeon, "Paul" stages the transmission of the eternally memorable truths of Christ.

The soundtrack is emotionally affective and stirring without any words, just a few sparse arrangements in minor and major keys.

A delightful surprise was the supporting duo of the jailor and his wife, who are shades of the Johannine depiction of Pontius Pilate and Mrs. Pilate. They provide a sympathetic point of view while suffering a crisis of conscience caught between powerful forces.