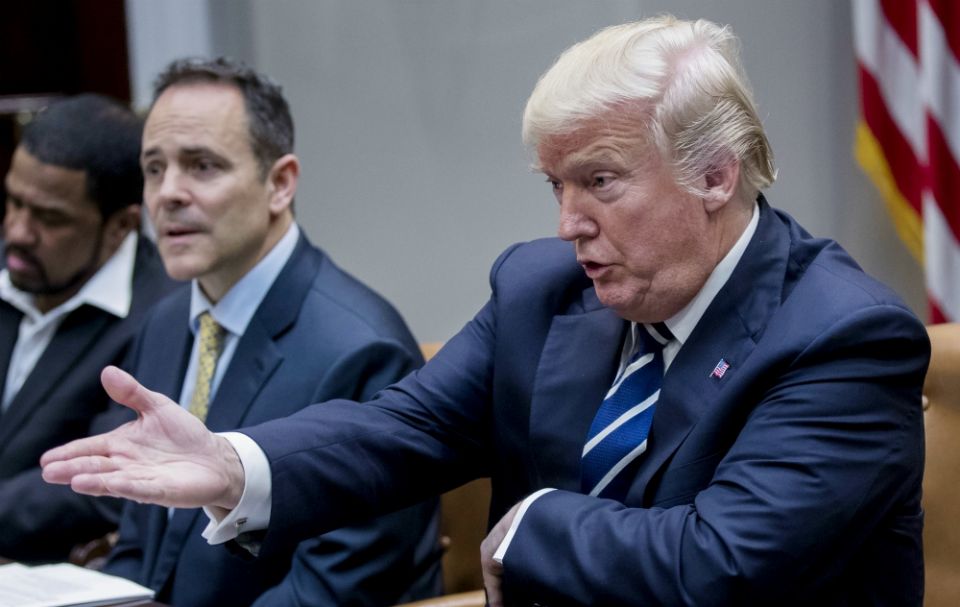 President Donald Trump gestures during a meeting on immigration with a bipartisan group of House and Senate members at the White House Jan. 9. (CNS/EPA/Shawn Thew)

Homeland Security Secretary Kirstjen Nielsen said she did not recall President Donald Trump using the word "shithole" when he met with members of Congress to discuss immigration policy Jan. 9. But others, including Sen. Dick Durbin (D-Illinois), definitely heard it and reported it to the media.

Personally, having watched Trump as president for months now, I am not surprised at these reports of foul and insulting language from him. But this latest report is not just a case of "bad language." It is a case of racism, pure and simple. Trump was talking about Haiti and African nations, with majority black populations, when he reportedly used that word.

In the next breath, he spoke favorably about Norway as a place from which immigrants would be welcome. Norwegians are, of course, overwhelmingly Caucasian. (But I doubt that many — if any — Norwegians would want to leave Norway for Trump-land!)

And let it not be forgotten that Trump has a long history of racism. In the 1970s, his real estate company gave preferential treatment to whites over African-Americans in apartment rentals, until the federal government stopped the practice.

Many sources say that Trump treated black employees at his casinos differently from whites. According to one report, Trump criticized a black accountant: "Black guys counting my money! I hate it. ... I think that the guy is lazy. And it's probably not his fault, because laziness is a trait in blacks." Racism, pure and simple.

And every other day, it seems, Trump attacks the media. Sen. Jeff Flake (R-Arizona) compared Trump's attacks on the news media to the rhetoric of late Soviet dictator Joseph Stalin. Flake pulled no punches in a speech from the Senate floor.

"No longer can we compound attacks on truth with our silent acquiescence. No longer can we turn a blind eye or a deaf ear to these assaults on our institutions," Flake said. "An American president who cannot take criticism — who must constantly deflect and distort and distract — who must find someone else to blame — is charting a very dangerous path. And a Congress that fails to act as a check on the president adds to the danger."

Yes, Sen. Flake — a check on the president. It's called "impeachment" in our Constitution. Tell your colleagues in the House of Representatives (where impeachment begins) to get on with it.

Opinion | President Trump: Time for him to go

Panel: Immigrants cause shift in the prototypical 'Catholic experience'