US military needs to stay out of Venezuela 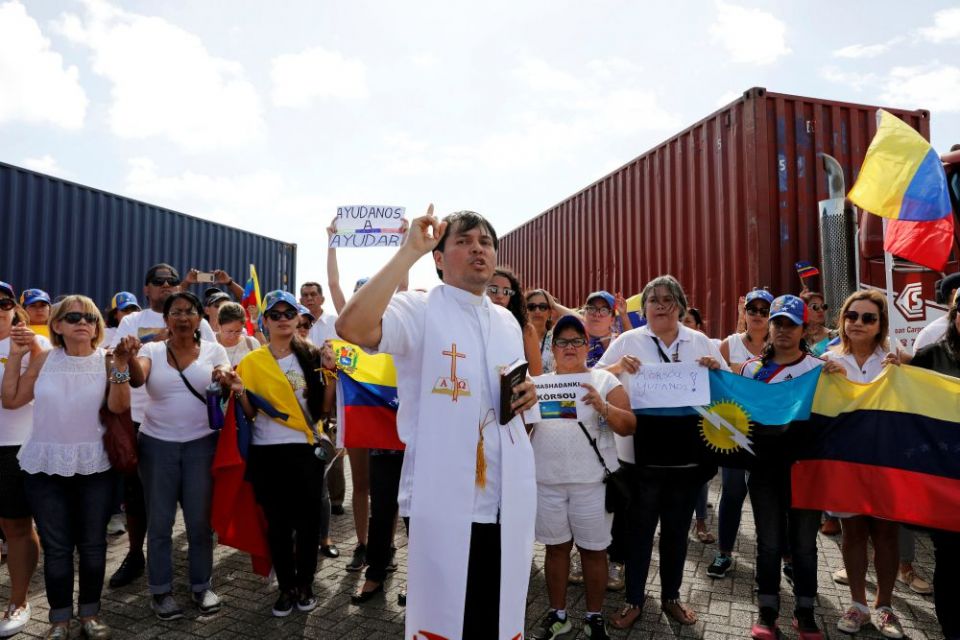 I'm very troubled over the situation in Venezuela and the possibility of a U.S. invasion of that country. While conditions in that country are not politically and economically good, that is still not the basis to justify an American-led military assault with the intent to overthrow the current government.

This smacks of a return to gunboat diplomacy of the early 20th-century when the U.S. sent Marines into Mexico, the Caribbean and Central America in order to protect American economic and strategic interests. This was all part of "Yankee" imperialism in Latin America to create "client states" that would grow even more so in the rest of that century.

The U.S took it upon itself to determine the governing structures of many Latin American countries. We forced the Panama Canal on Colombia and took its territory to build the canal. We installed right-wing dictators in Central America to protect our banana republics. This included the dictatorial Somoza family in Nicaragua. Of dictator Anastasio Somoza, President Franklin Roosevelt allegedly said: "Somoza might be a son of a bitch, but he's our son of a bitch."

In 1954, the Eisenhower administration overthrew a democratically elected government in Guatemala because it talked about land reform that would reduce the control of the economy by American agricultural corporations. In its place, the U.S. imposed a series of military repressive governments. Of course, better known is the U.S. attempt to overthrow the revolutionary government in Cuba after the 1959 revolution that brought Fidel Castro to power. In 1965, the Johnson administration sent Marines into the Dominican Republic under the faked guise of a Communist takeover of that country. In 1973, the Nixon administration organized and supported a military coup in Chile to overthrow the democratically elected Allende government.

In the 1970s and '80s under both Democratic and Republican administrations, the U.S. supported dictatorial and military regimes in El Salvador and Guatemala including death squads that led to the migration of thousands of refugees who attempted to enter the Unites States only to be rebuffed by the Reagan administration, similar to today under the Trump administration, under the false argument that these people fleeing for their lives were not "legitimate" political refugees. Fortunately, many good Americans pushed back against this immoral policy and provided sanctuary for the refugees. At the same time, Reagan unleashed a war against the revolutionary Sandinista government in Nicaragua by training and arming counterrevolutionaries called the Contras.

The fact is that the U.S. has no right to intervene in the domestic affairs of another country, including Venezuela. The people of Venezuela have to take care of their own affairs without the U.S. deciding the future of that country. We cannot or should not tolerate such a display of American imperialism.

I am disappointed that leading Democrats, including House Speaker Nancy Pelosi, endorse President Donald Trump's sanctions against Venezuela and of openly saying that military intervention is not excluded as a possible U.S. response to the conditions in that country. Non-intervention is the principal and policy that the U.S. should pursue. We and other countries should not have recognized the oppositional leader as the "legitimate" president of Venezuela.

Instead, the U.S. and other countries should support Pope Francis' diplomacy to try to mediate the dispute in Venezuela and come to a peaceful accommodation on both sides. But even if that is not possible, the U.S. still should not intervene militarily in Venezuela even if civil war breaks out there. When are we going to learn the lessons of Vietnam, Afghanistan and Iraq?

Good Americans should be aware of this danger of an American military invasion of Venezuela and protest now against it before it is too late. Pressure should also be put on the Democratic candidates for president to speak out against such a disastrous potential action. We cannot be against Trumpism domestically and then support Trumpist imperialism in Venezuela or elsewhere.

Opinion | US military needs to stay out of Venezuela

Nicaraguan bishops say they have not been invited to national dialogue