No words exchanged, but no question of the love between us 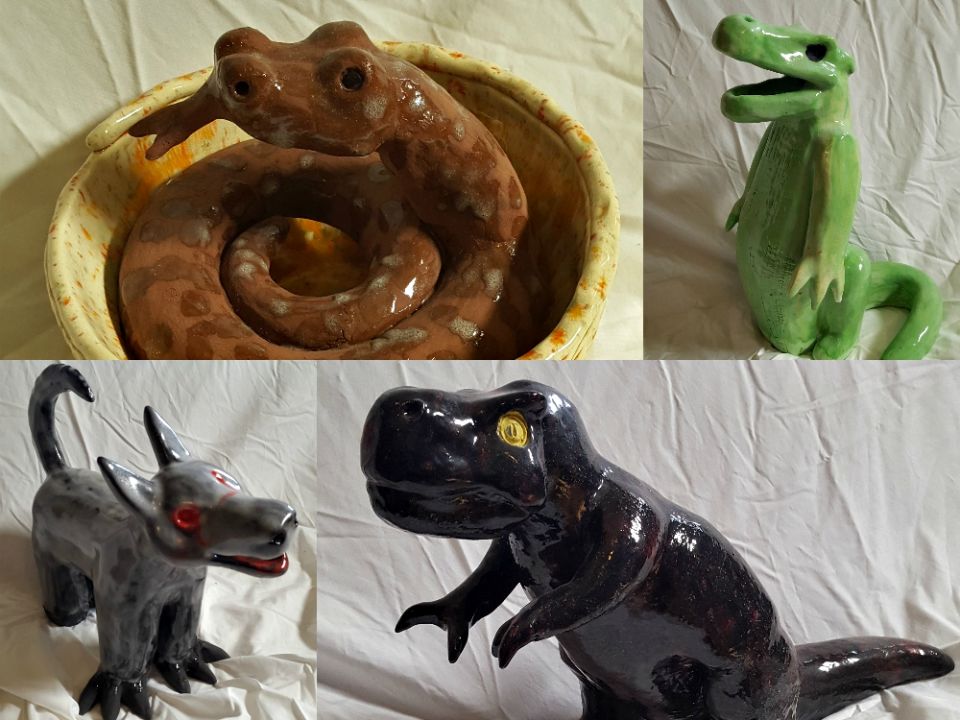 A collection of sculptures by Nick (Provided photos)

Now, with all due respect to John, and what he is trying to say to us, I have some edits.

Because in my experience, there are two places before words even come into play. Along the lines of thoughts, words, deeds, words are a result of prior conscious thoughts. And before that, there is simply and deeply the mysteriousness of being.

So, I humbly submit this revision to John 1:1: In the beginning was the existence of God, and then his ideas, and then the Word, and then the creation of a whole bunch of stuff. Being, thoughts, words, deeds. See what I mean?

And it seems to me that the fundamental communications we share with each other originate from way deep in those two elemental sources, far more often than from words.

Perhaps I feel this way because I spend so much of my time with basically nonverbal people, but what they need and feel and want are understood. And so is the love we share.

For example, our son, Nick (who is 30 and has autism), is an amazing sculptor and leather-crafter, but an articulate dude he is not. He stutters terribly, and often speaks in movie quotes as a means of joining in conversation.

Since he was born, I found that the words upon which I had so greatly relied all my life (I was an English student and then a teacher, and words and books and writing seemed paramount to me then) amounted to exactly zilch when it came to raising him.

Nick did not talk until he was about 6 years old, so he made his needs known by pointing and grunting and growling and biting and pinching and bellowing. I was both surprised and gratified to discover that while I had long considered myself a pretty cerebral gal, I also could growl and hiss and gnash my teeth just like other mother animals.

While I imagine the way Nick and I were compelled to communicate was startling and even shocking to onlookers — like when he was heading straight for a zooming car, and I flying body-slammed him onto the pavement, and we rolled around, him yelling and struggling to be free, and me holding him down and making guttural sounds, wrestling until he calmed down enough to be led back onto the sidewalk — it was the only way to keep him safe.

As a special side bonus, when Nick's older sister Chelsea was an eye-rolling teenager, she told her girlfriend that if she talked trash to me, I would "knock her down." When I asked her later what she meant (as the hyperarticulate Chelsea had received only one spanking in her entire life, and that was for sticking a fork in a plug when she was 2), she said, "I have seen how you handle Nick, Mom. I am not messing with you!"

So, Nick and I resided together in a space without words, but our communication was crystal-clear. Our basic daily interaction circled around Nick's being intent on getting himself killed, and my intention to prevent that from happening. In the thoughts, words, deeds department, we leapfrogged right over the words part, but he somehow stayed alive.

Because of the sensory issues of his autism, I could not hold Nick gently, or rub his back, or sing him soothing bedtime songs, as I did with Chelsea. His response to those loving actions was howling and squirming. And so I just hoped that somehow, through my skin, even as we wrestled, that he could feel my love.

I willed him to know that I was not his enemy, but his protector, and that it all came from crazy deep love. I told him "I love you" many times a day, every day, but I cried into my pillow at night, both from physical exhaustion and from the frustration that he might never understand how I adored him. And I accepted that I would never hear it back from him.

One evening after work, when Nick was 15, we were driving home from his day care, and out of the blue, he said: "I love you, Mom."

I burst into tears, and had to pull the car over so I could sob.

I hastened to smile through my tears and reassure him that sometimes happiness makes people cry. That it was okay that he loved me. And oh boy, that I loved him, too. 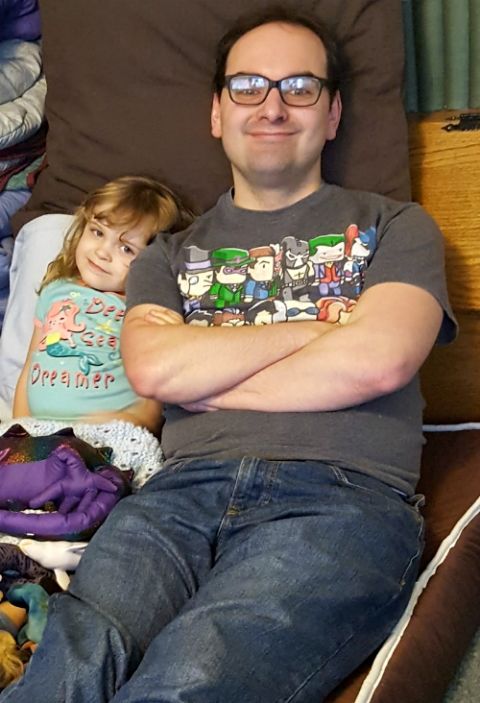 I had to laugh. Words and their effects could sure be confusing. And what is with grownups, anyway? He thought those were supposed be good words to say! He sure wasn't going to say that ever again! Poor guy.

Lately, Nick and I share our days with another person who is learning about words, his 3-year-old niece Mary, his big sister Chelsea's daughter.

While Mary is hyperarticulate like her momma, so much of the communication between the three of us is nonverbal. She regularly runs over and grabs Uncle Nick's leg, squeezing his knee and burying her face into the side of his jeans. She grunts as she squeezes, clearly telegraphing, "I love this guy so much." He puts his hand on the top of her head and just beams. There are no words exchanged, but there is no question of the love flowing between these two.

And while, like her mother, Mary pretty much bosses me around all day, when it is naptime, all her confident new words fall away. We lie side by side in her blanket fort, and pick a book from her great stack for me to read. As she settles back into her pillow, her left hand holds her nice warm bottle, and her right hand reaches out for me. As I read, she grabs my ear, my cheek, my chin, her tiny hand mapping the contours of my familiar face.

As her hand gets warmer and sweatier, moving slower and slower as she nods off, I blink back hot tears and struggle to keep my voice from cracking. While I drone on about P.J. Funnybunny, or Robert the Rose Horse, or Hop on Pop, my heart is swelling with the love and intimacy that her wee fingers transmit through my skin. She is safe. She is sleepy. And her Nonna (that's me) is basically her living, breathing security blanket. If I never do anything else great in my life, I can boast that I was once Mary's "wubby."

As with Nick, she knows my love, and shares it back again, without words.

Later in the New Testament, in his first letter, Chapter 4, Verse 8, John tells us, "God is love."

So, maybe John was right about words, after all. If the Word was God, and God is Love, then what goes around, comes around. In the beginning was Love. And that works for me.

Column | No words exchanged, but no question of the love between us

In Ukraine, the suffering challenges our faith

Fifth Sunday of Easter: Being 'in relationship'