It is the new norm, and it is itself a victory 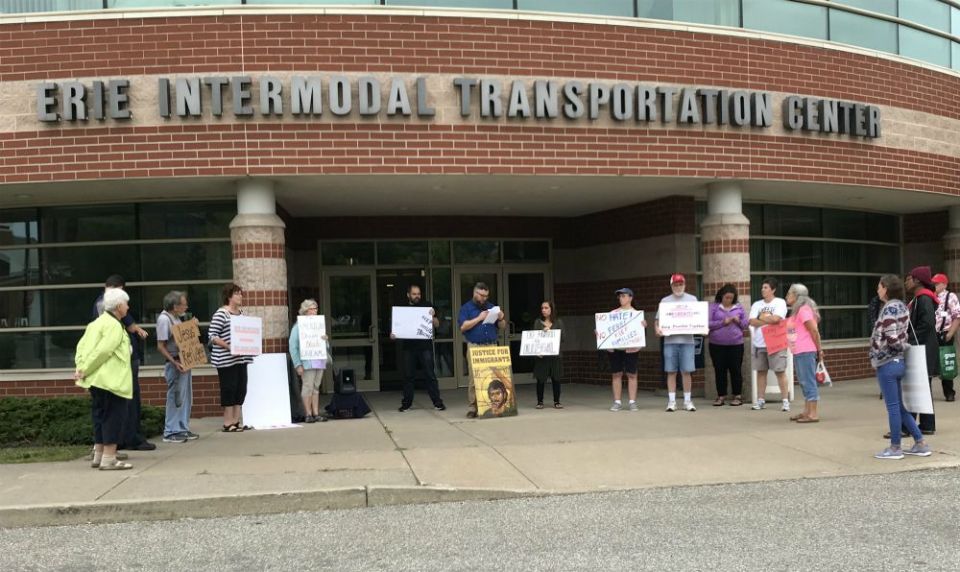 Two weeks ago, after Code Pink friends disrupted the Capitol hearings, the man in the White House (I like Harry Potter — "He Who Shall Not Be Named") said that protesting should be illegal.

"I think it's embarrassing for the country to allow protesters," he said Sept. 5, according to The Washington Post. "I don't know why they don't take care of a situation like that."

Previously, he had said that protesters should lose their jobs or be met with violence for speaking out.

With such talk, we lose another inch of democracy and slide deeper into fascism. What to do?

We need to step up our active public nonviolence, organize nonviolent resistance against the government's corruption, violence and wars, and speak out boldly against war, poverty, racism, nuclear weapons, environmental destruction and the entire imperial culture of violence and injustice, in favor of a new global culture of nonviolence.

That's just what is happening this week, in the fifth annual Campaign Nonviolence National Week of Action, Sept. 15-24.

Over 2,650 marches, actions, events and rallies involving an estimated 100,000 people are poised to take place across the nation, in an unprecedented, systematic, grassroots campaign of activism for justice, disarmament and creation. (To see these registered events, visit campaignnonviolence.org.)

Campaign Nonviolence works to get the grassroots movement moving for the abolition of war, poverty, racism, nuclear weapons, environmental destruction and the mainstreaming of nonviolence as a way of life, with institutionalized nonviolent conflict resolution as the new global norm. This is our fifth year of action, and it's spreading like wildfire.

It's been hard to keep up with all the grassroots organizing, but here are a few highlights:

Hundreds of us will rally and march at 9 a.m. Sept. 22 in Washington, D.C., starting at the Dr. King Statue (on the Southside of the Lincoln Memorial), to the White House for the Campaign Nonviolence national vigil and nonviolent direct action. Speakers will call for an end to U.S. wars and nuclear weapons, racist policies, rampant greed and growing poverty, and ongoing environmental destruction, and for a new direction toward justice, disarmament and environmental protection. Some of us will then engage in nonviolent direct action.

At 10 a.m., we will walk in silence with signs from the statue in procession past the Lincoln Memorial to Lafayette Park across from the White House, where we will gather for a legal vigil, to continue our call for an end to racism, greed, war, poverty and environmental destruction, and for new leadership for a new culture of nonviolence, with respect, dignity, rights for everyone and for the earth. 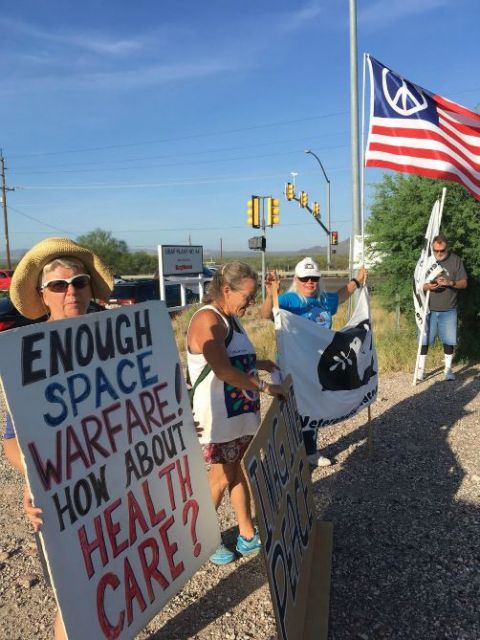 As far as I can tell, this will be the first ever march from the statue to the White House.

"Change does not roll in on the wheels of inevitability," King said long ago, "but comes through continuous struggle." And so, we struggle on. Everyone needs to join this nonviolent struggle of public protest and action and do what they can locally to speak out.

The right to protest peacefully is at the heart of our democracy. In the spirit of peaceful dissent, we gather to reclaim King's peaceful vision of a new culture of justice and nonviolence, and his peaceful activism against violence, greed, racism, war and environmental destruction. We will practice the right to protest, the right to speak truth to power, the right to dissent from the imperial presidency in favor of a new culture of global nonviolence. Whether or not we succeed, we need to experiment with nonviolence and exercise these rights. That itself becomes a victory.

Protesting is the new normal, whether or not it is covered by the mainstream media. It has to become an ordinary part of our day to day lives if we as people are to retain any semblance of democracy, much less advance the abolition of war, racism, poverty, nuclear weapons and environmental destruction.

But I think there's something deeper involved: speaking out and protesting nonviolently help us retain our humanity in an inhuman time.

Perhaps in the end, that's the best we can do — try to maintain our basic human decency, help one another remain human, and show others what peaceful, nonviolent, humanity looks like. In times like these, that itself is a victory.

[John Dear is a longtime activist, lecturer, and author/editor of 30 books, including They Will Inherit the Earth, Radical Prayers On Peace, Love & Nonviolence, The Nonviolent Life, Lazarus Come Forth!, A Persistent Peace, Put Down Your Sword, Transfiguration, You Will Be My Witnesses, Living Peace, The Questions of Jesus and Mohandas Gandhi.]