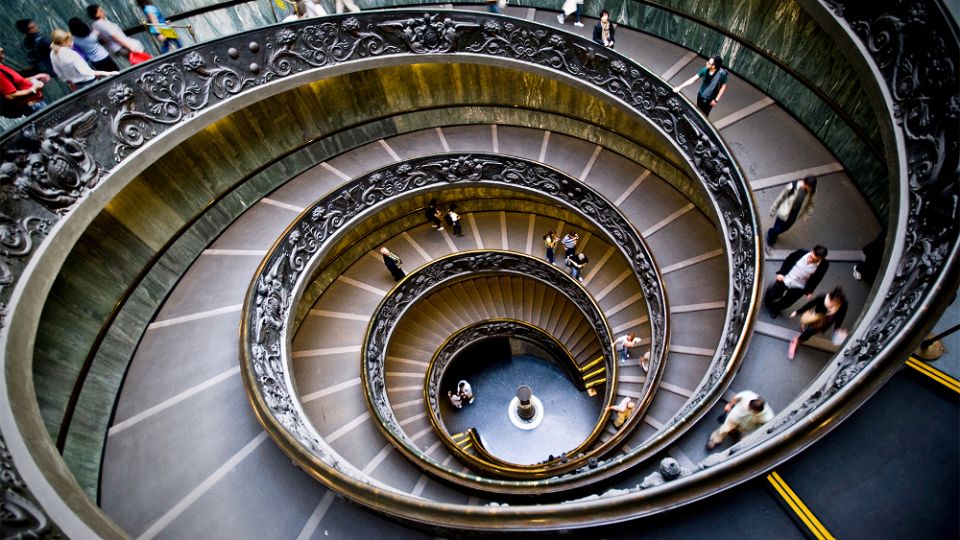 Without trust, human cooperation is impossible. Without trust, people refuse to cooperate and instead engage in struggles over power because they fear what will happen if their opponents have it.

Today, we see this in the highly charged partisan character of American politics and in the Catholic Church, where the hierarchy has lost credibility. A lack of trust provides fertile ground for conspiracy theories from both the left and right.

When I attended Catholic grammar school in the 1950s, our history books were filled with positive stories about America and the Catholic Church. For the most part, the books fostered a love and respect for political and religious leaders and institutions. The church was the source of all truth and goodness; America was the home of the brave and the free.

Where there were bad spots — and we all know there were more than a few — they were presented as all in the past and as the actions of individuals, not systemic problems. Little attention was given to the Inquisition and intolerance in the church or slavery and racism in American society. Homophobia and sexism were not words in our vocabulary although they existed all around us.

Rather, the focus was on the triumphant expansion of the Catholic Church. American Catholics were winning their place in American society. America had defeated fascism and was in a Cold War with demonic communism. The culture fostered self-sacrifice and commitment to religious ideals and patriotism.

For my generation, political cynicism began with the Vietnam conflict, during which thousands bravely gave their lives in a war that should have never been waged. We were constantly lied to about why we were there, what was happening and what would happen if we left. I believed those lies almost to the bitter end.

We also saw great leaders assassinated while others proved to be fatally flawed by ambition and lust.

For the church, the turning point was the 1968 papal encyclical "Humanae Vitae," which forbade the use of contraceptives. Suddenly, the all-wise church showed itself to be wrong in the minds of almost all Catholic couples. No one believed that God would punish couples who used contraceptives — or, for that matter, teenagers who masturbated — with the same punishment as Hitler: hellfire for all eternity.

These experiences made us suspicious of political and religious leaders, but perhaps not suspicious enough. When the George W. Bush administration said that there were weapons of mass destruction in Iraq, we allowed ourselves to be fooled again.

Meanwhile, the Vatican was doubling down on its waning authority by persecuting theologians who challenged church teaching and by appointing unthinking loyalists as bishops. When the sex abuse disaster hit, it destroyed for most Catholics what was left of the hierarchy's credibility. Pope Francis has helped a bit, but even he at times has stumbled.

Politically, things have only gotten worse. President Trump has been so fast and loose with the facts that progressives will not believe anything he says, even if it is against a bad regime like Iran. Worse yet, our allies have lost trust in him. Many Democrats promise one-size-fits-all solutions to complex problems without honestly saying how they will be paid for.

Restoring trust is not easy.

The U.S. bishops thought that an apology and removing bad priests from ministry would solve the problem. Sorry. Not that easy. A husband who cheats on his wife will not fix things with a simple apology. He will have to apologize in word and deed for the rest of his life.

Recently bishops have been shown to have covered up or not fully explained their failures to deal with sex abuse in the past. Total transparency can also help because cover-ups always make matters worse. Even the suspicion of a cover-up makes trust impossible.

I am not suggesting that we return to the naivete of the 1950s. But neither can we remain in opposing camps that simply lob insults at the other side. Dialogue is essential. Listening is essential to dialogue. Unless we understand the perspective of others, we cannot find common ground for action.

The Catholic Church has a special responsibility and opportunity for bridging the partisan divide in America because as a church we are almost evenly divided between Republican and Democrats.

The church must not be seen as endorsing parties or candidates. Denying Communion, for instance, to politicians who take positions opposed by the bishops does not help. Rather, parishes must bring together Catholic Republicans and Democrats to have dialogue and work for the common good.

I would love to see bishops invite Catholic politicians of both parties to a series of off-the-record dinners where they could share their hopes and dreams as well as search for common ground.

St. Ignatius Loyola, the Jesuit who lived in the time of the Inquisition, taught in his "Spiritual Exercises" that good Christians should be "more ready to put a good interpretation on another's statement than to condemn it as false."

Too often, we put the most negative interpretation on a person's statements and presume bad will if we see them as an opponent. Like any family, we have to learn how to search for consensus but, if necessary, disagree amicably.

Unless we build bridges and trust, neither the church nor America has much of a future.

A version of this story appeared in the July 26-Aug 8, 2019 print issue under the headline: The death of trust and the triumph of suspicion .

Column | The death of trust and the triumph of suspicion