Will the Catholic Church self-destruct or bridge the partisan divide? 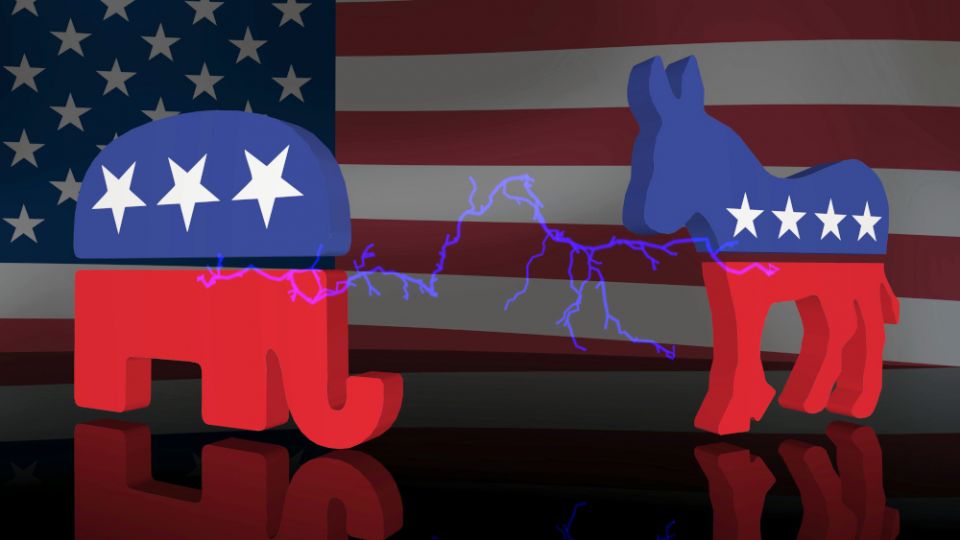 American Catholics are almost evenly divided between Republicans and Democrats, which means the church can either self-destruct or bridge the partisan divide.

Most other religious traditions in America are on one or the other side of the political divide. Most white evangelicals and Mormons vote Republican; most Jews, Muslims and black Protestants vote Democratic.

Depending on which poll you look at, the difference between the Democratic and Republican vote among Catholics in the 2016 presidential election was 3 to 4 percentage points.

In other close presidential elections, the Catholic split was likewise close.

When it comes to party identification, Catholics are split, with 37% identifying as Republican and 44% identifying as Democratic. Only a few smaller churches are so closely divided. Catholics also have one of the largest percentages of independents (19%) among faith groups.

The involvement of clergy in politics exacerbates the problem. Although Catholic clergy have avoided endorsing parties or candidates, they have taken positions on controversial topics that can upset their congregations.

In "Forming Consciences for Faithful Citizenship," a teaching document about faith and politics, the U.S. Catholic bishops have taken positions on a number of issues while trying to avoid partisanship.

That is harder to do in a diocese or parish.

If a bishop or priest preaches on abortion, he alienates Democrats. If he preaches on the plight of refugees and migrants, he alienates Republicans. Exercising a prophetic ministry is very challenging in a politically divided community.

The Catholic Church has been successful in keeping its flock from splitting in times of political turmoil. It held together during the American Civil War when some Protestant churches split.

The 1928 candidacy of Al Smith, the Depression, Franklin Roosevelt, John Kennedy and union membership kept Catholics firmly in the Democratic Party for much of the 20th century.

As white Catholics entered the middle class in the postwar era, many began to abandon the Democratic Party as these middle-class Catholics became more concerned about taxes, crime and cultural issues. Catholic blue-collar workers also turned away when they lost good factory jobs and felt abandoned by the party. Meanwhile, Hispanic Catholics tend to be Democratic.

With Catholics now divided along ethnic and party lines, partisanship has become a threat to Catholic unity. It is a greater threat to unity than theological differences. How the church responds to political division will determine whether it explodes in partisan acrimony or becomes a force in healing the partisan divide in our country.

The temptation will be to ignore the divide because often parishes, like their neighborhoods, lean politically one way or another. But ignoring the divide would not be good for the church or the nation.

Because of its mixed membership, the Catholic Church is one of the few institutions in the country that could potentially bridge the divide between Republicans and Democrats.

Sadly, the credibility of the bishops is at an all-time low because of the sex abuse crisis. As a result, the church is at its weakest point when the nation needs its help most.

On the other hand, perhaps the weakness of the clergy is a good thing. What is needed currently in our nation and our church is a humbled clergy that does not propose answers but begins by listening.

Perhaps the place to start is by bringing Catholic Democrats and Republicans together to talk about how we can heal our country.

The church (and I don’t mean just the bishops) needs to help in the healing of our country. We must witness to a unity that transcends partisanship. We must listen respectfully to one another. We must model a citizenship that places the good of the country above personal and partisan advantage.

Column | Will the Catholic Church self-destruct or bridge the partisan divide?

This election, white Catholics are riding a political rollercoaster