Indigenous people can teach us about divine maternal power 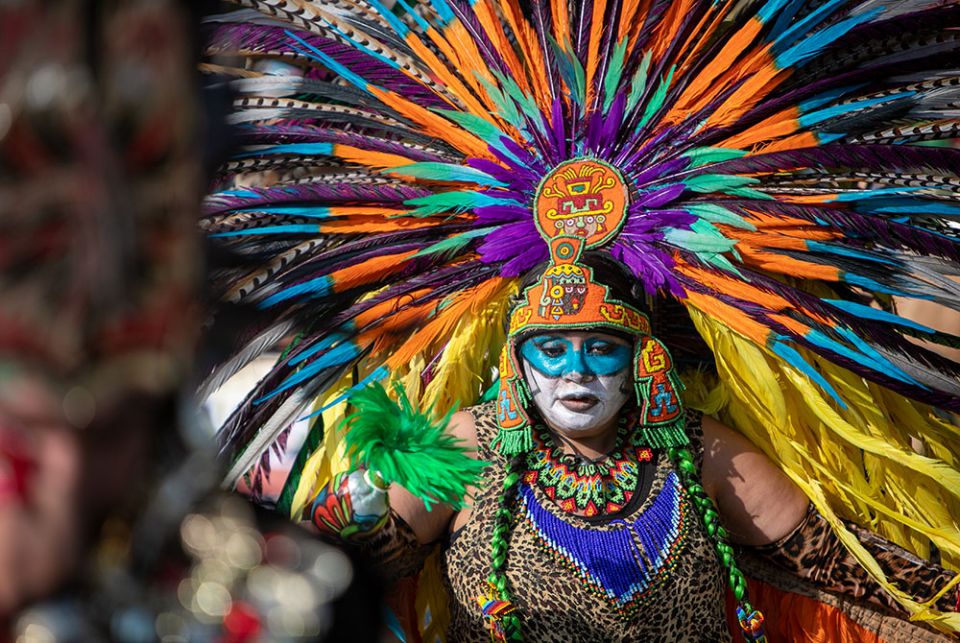 A woman dances while wearing a traditional Aztec headdress during a celebration in honor of Our Lady of Guadalupe in Houston Dec. 8. (CNS/Texas Catholic Herald/James Ramos)

As a nurse midwife, I will admit to being fascinated by the carefully wrought carving of a naked kneeling pregnant woman — variously identified as symbolic of mother earth and/or Our Lady of the Amazon — that so offended one conservative male critic that he had a videographer record him as he took several such carvings from a church and then threw them into the Tiber River.

How mature of him.

Despite a plenitude of evidence to the contrary, this misguided male accused attendees at the Synod of Bishops for the Amazon of idolatry. The ensuing kerfuffle continues, with some — in a fit of fear-mongering — even calling for prayers of exorcism.

This artistic rendition of a reverent kneeling figure depicts an infant in the woman's womb — hence her identification with Mary, the mother of Jesus.

Missionary priest Fr. Roberto Carrasco Rojas, who serves in Peru, told New Evangelization Television that the indigenous people revered the art as "Our Lady of the Amazon," because "The Amazon is a woman, she is female, she has a female face. Why? Because the earth is a mother, the earth gives life. So that is the Amazon."

Is it the nakedness of the pregnant female body that bothered Francis' conservative critics? If so, these boys (literally) need to get a life. Why would anyone who is purportedly pro-life try to destroy an artistic portrayal of a beautifully pregnant naked women?

Lots of cognitive dissonance here, which to my mind points to a deep discomfort with associating the holy with female bodies, even — as in this case — the body of Mary represented in an artistic form understandable to Amazonian peoples.

Synod detractors accused indigenous Christians of worshiping the Incan female goddess of the Andes, Pachamama. According to a blog by the community of the Abbaye de Saint-Cyran-en-Brenne, the Andes are not part of the Amazonian basin, and such worship is foreign to the Amazon region, where the word pachamama simply means mother earth, similar to usage in other parts of the world.

Yet even if Mary was associated with the goddess Pachamama, it would not be the first time Christianity appropriated images of the sacred feminine from surrounding cultures.

For example, as theologian St. Joseph Sr. Elizabeth Johnson notes in her seminal 1989 essay "Mary and the Female Face of God," it is no accident that the fourth century proclamation of Mary as Theotokos — bearer of God — was proclaimed at Ephesus, site of a great temple to the Greek goddess Artemis (called Diana by the Romans) where thousands of pilgrims had worshipped for centuries.

Closer to our own time, we have the example of Our Lady of Guadalupe — a scientifically unexplainable event in which a simple Nahua Indian, (now St.) Juan Diego, encountered a young mestizo woman. Dressed in Aztec royal garments decorated with pictographs, she spoke to him in his native Nahuatl language and introduced herself as "the mother of the one true God for whom one lives."

She asked Juan to tell the local bishop to build a small house at the site which, (as it happens) is also the site of an ancient temple dedicated to Tonantzin, the Aztec virgin mother of the gods. But the bishop told Juan he needed proof.

After another encounter with the beautiful lady, a miraculous image of the royal mestizo Mary was imprinted on Juan's simple cloak — an image still preserved and venerated in Mexico City today, for which scientists can find no explanation.

In the Aztec worldview, divine perfection always included both male and female elements. It was impossible for Aztec peoples to relate to the all-male-all-the-time-god worshipped by Spanish conquistadores. Worse, the devastated indigenous population of Mexico believed their gods had abandoned them. According to the essay "Our Lady of Guadalupe" by Jeanette Rodriguez, "both secular and religious historians tell us that the indigenous population went from 20 million to 2 million in the sixteenth century as a result of infighting among the different indigenous groups, the diseases encountered through European contact, and, of course, the disruption and devastation of the conquest [of Mexico by Spain]."

After the astonishing apparition occurred in 1531, massive numbers of Aztecs converted to Christianity. The holy woman of Guadalupe gave birth to modern Mexico and its fusion of Indian and Spanish cultures. But even more, this "mother of the one true God for whom we live" brought hope, compassion and healing to a despairing Indian people. 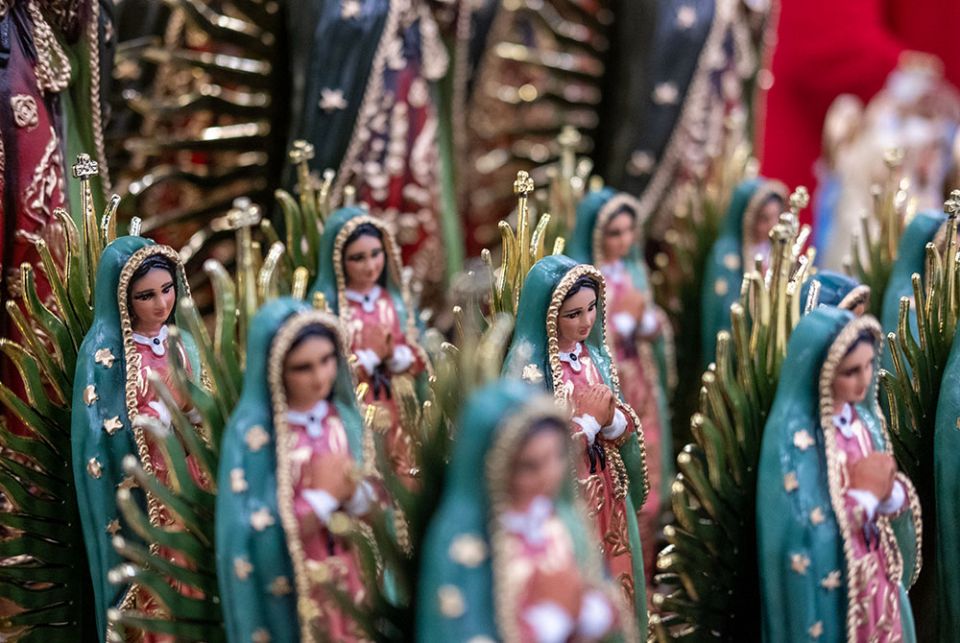 Devotion to Mary the mother of Jesus flourishes throughout Central and South America to this day. As Johnson noted in her aforementioned Theological Studies essay:

Which brings us back to Pachamama.

In a paper presented at the 2017 Graduate Liberal Studies Symposium, Lynette Yetter explored Virgin Mary/Pachamama syncretism in early colonial Bolivia. In the Andes, the image of the Virgin Mary would combine with the Andean representation of divine feminine, Pachamama:

Pachamama was mother earth as well as the mother of earth. Pachamama was the sentient landscape, and also mother of the entire space/time continuum, all of which manifested as a microcosm containing the macrocosm, and vice versa. This cosmovision continues today, where all share the same matrix of animated substance, are imbued with a common vital force, which can be called Pachamama. ... Pachamama [eventually Mary] worship was neither hierarchical nor adversarial: it was a family affair focused on the maintenance of harmonious relationships.

People who live close to the earth have much to teach us about living in harmony with a fractured world beloved by God, who in Pope John Paul I's words is "our father; even more he is our mother."

Compassion for earth's people is intimately linked to Christmas. The feast of the incarnation celebrates the unity of heaven and earth as revealed in Jesus Christ, born of the woman, Mary.

This incarnational unity seems especially well understood by indigenous peoples, who have much to teach us about the divine maternal power pervading our planet.

We too are called to live in harmony — and to recognize that we are not only on the earth but of the earth. Like Jesus, we are sustained by a mothering God whose intimate, sacred energy brings hope, strength and healing.

Column | Indigenous people can teach us about divine maternal power