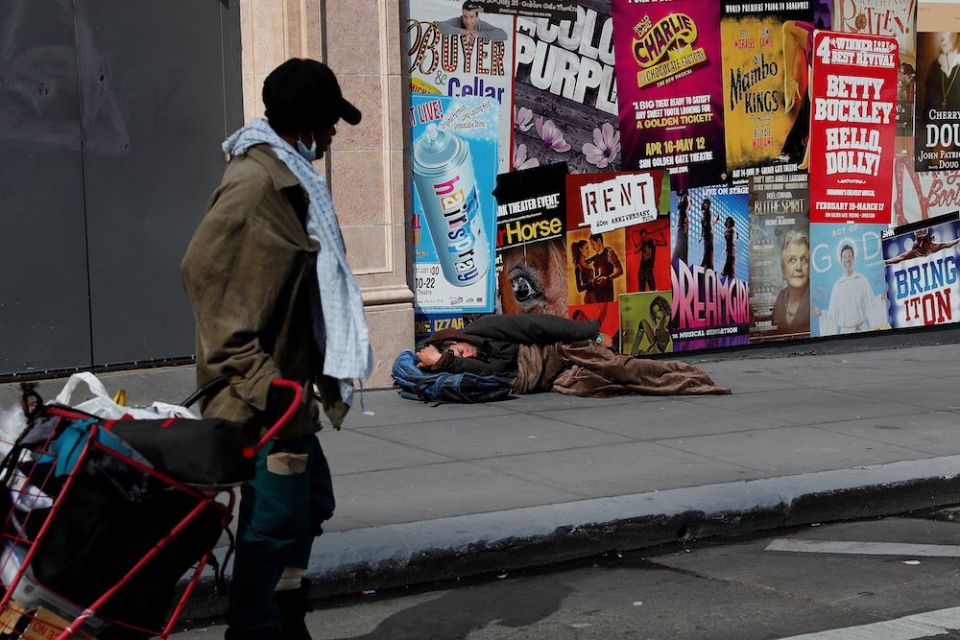 Amazing, isn't it, how quickly life changes, becomes good again, gets resolved? Goes back to "normal." Maybe. At least we seem to think so.

We are on our way, the understanding is, to social and, most of all, political "normalcy." You can almost hear the sighs of relief. The second "long, national nightmare" — President Gerald Ford's name for the events leading up to and including Richard Nixon's resignation of the American presidency — "is over."

The question, of course, is to which "normalcy" are we headed? The one we got accustomed to in the last 30-some years, when after the fall of the Berlin Wall, the world was open for business again?

More than that, the U.S. government itself could settle into an even more relaxed agenda, less trained on the country's military readiness and more concerned about the social development of the United States. Congress could simply go on, working together to prod growth in U.S. markets, U.S. inventiveness, U.S. international competition, U.S. businesses of all ilk.

There were problems, or course. The Middle East and its military hot-spots became a priority for the United States. Republicans retook Congress after a 40-year absence. Social reforms — insurance, taxes, technology, education — occupied the minds of both business and government.

Then racism reared its ugly head in public — spurred perhaps by the election of an African-American to the presidency, and not least of all, the ascendancy of Donald Trump, certifiable narcissist and incipient autocrat of a presidency bent on power. Perhaps on even a kind of modified imperial power in a hitherto democratic republic.

The government began to teeter a bit between those who called for a more stringent foreign policy and those who were concerned about our driving allies away. Clearly, the country was becoming split over multiple issues. Congress — Republicans on one side, Democrats on another — began to wage a private war among themselves.

Which brought us to another crossroad: the national election of 2020 and the very democratic removal of Trump from office by a clear 7,000,000 democratic votes. Some called it "back to normalcy" without defining it. Others called it fraud — without a stitch of evidence to claim it.

So what's what? Are we in a political civil war or on the brink of national reunification?

We are clearly a people in transition. But going from what to what? Are we a people who hardly know ourselves after all that internal struggle, all that national tension, all that cultic campaigning, all that division and partisanship and demagoguery that ended in an attack by domestic terrorists on the Capitol of the United States?

How do we recover from all of that?

What will put Humpty Dumpty together again? I myself have no idea who, in the end, will do that, but I can tell you what one of the desert monastics considered the key to the resolution of a life in transition.

After Theodosius declared the "toleration" of Christianity and then Constantine its eventual legitimation, the notion of what it meant to be a Christian became a serious question. Since Constantine declared Christianity the religion of the empire, Christians themselves doubted the authenticity of simply naming people as Christian who had never identified with Jesus, this new religion, this public identity at all.

Christians, for the most part, had lived their Christianity in secret. If discovered, many were imprisoned or, in some periods and in many locales, condemned to death.

Martyrdom, the risk being a follower of Jesus could easily exact, called for more than simple "commitment." It called for the courage to literally lay down one's life, as Jesus had done, to be faithful in a pagan world that saw its own gods threatened by these Christian usurpers of truth.

This new political authentication of Christian identity caused a rift in Christianity itself. Those who had lived under the threat of martyrdom doubted the seriousness, the validity, of this blanket certification of what it meant to be Christian.

As a result, many Christians left the cities. They went to live in the desert, with all its denial and deprivation, as clear witnesses to this new kind of martyrdom. These Desert Monastics became living reminders of what it meant to live the real Christian life.

It is in that context that Abba Pambo's words were saved as sign of the Christian life — both then and now. Abba Pambo, a Coptic desert monastic of the fourth century preached: "If you have a heart, you can be saved."

That statement may deserve even more reflection in a time such as ours.

A new president, Joe Biden, in the face of the rampant Republican takeover of Congress in the last administration, has called for two things: for cooperation and bipartisanship from both congressional Democrats and Republicans. And, at the same time, he wants the quick release of a $1.9 trillion stimulus package* for families ravaged by lost jobs, lost savings, unpaid mortgages, impossible rental demands, and homes full of hungry children.

In place of the government-defined coronavirus relief in the Biden proposal, Republicans offered the president a $600 billion dollar package instead. Or to put it more clearly, perhaps, they offered about one-third of what economists estimate is needed if small businesses and salaried workers in the country are to stay viable until the virus itself abates.

The situation created by the last administration that had no national plan to control the virus, which demanded no universal masking procedures to keep people well and shopping, and whose head promised a miracle in place of social distancing at its rallies is now penny-pinching its relief checks.

Heart takes into account what it means for a family that has no income to be evicted.

Heart reaches out to provide the money families need to feed their children, to sustain their non-working elderly.

Heart requires that workers receive unemployment benefits high enough to keep them secure while the companies for whom they made that money are now investing those saved wages in their company bank accounts.

Heart requires that the country keep testing and tracing coronavirus infections and keep distributing the amount of vaccine it will take to get enough people back to work to restart the country's economic engine.

Heart asks whether or not the Republicans who approved no national plan to control such an infectious disease should be the people whose truncated financial plan to provide one $1,200 and one $600 stimulus check in all that time should control this one.

Heart requires the accessibility of food stamps for families until June rather than allow them to expire.

Heart asks a lot of things about what it will really take to "Make America Well Again" — like educational programs, small business grants, school reopenings and, oh yes, mental health services for those whose mental health has been strained to the maximum for no reason of their own making, when so little was done to contain the virus in the first place.

Heart is soft, yes, but not in the face of human hardness.

From where I stand, it is the thoughts of Abba Pambo and Treasury Secretary Janet Yellen that the country needs to consider as criteria for the aid we give to those who need it. After all, when those families and businesses and children's lives fail, so goes the country. Eventually.

Abba Pambo says, "If you have a heart, you can be saved."

Yellen, who is also past chair of the Federal Reserve, said in an April 2020 interview with PBS Newshour, that it was "simply essential" for households and businesses to receive government support amid the worst of the pandemic turmoil.

We are about, it seems, to find out how much "heart" America really has.

* The amount of the proposed relief plan has been corrected.

A Benedictine Sister of Erie, Pennsylvania, Joan Chittister is a best-selling author and well-known international lecturer on topics of justice, peace, human rights, women's issues and contemporary spirituality in the church and in society.