You could see Elizabeth's soul, despite outward appearance 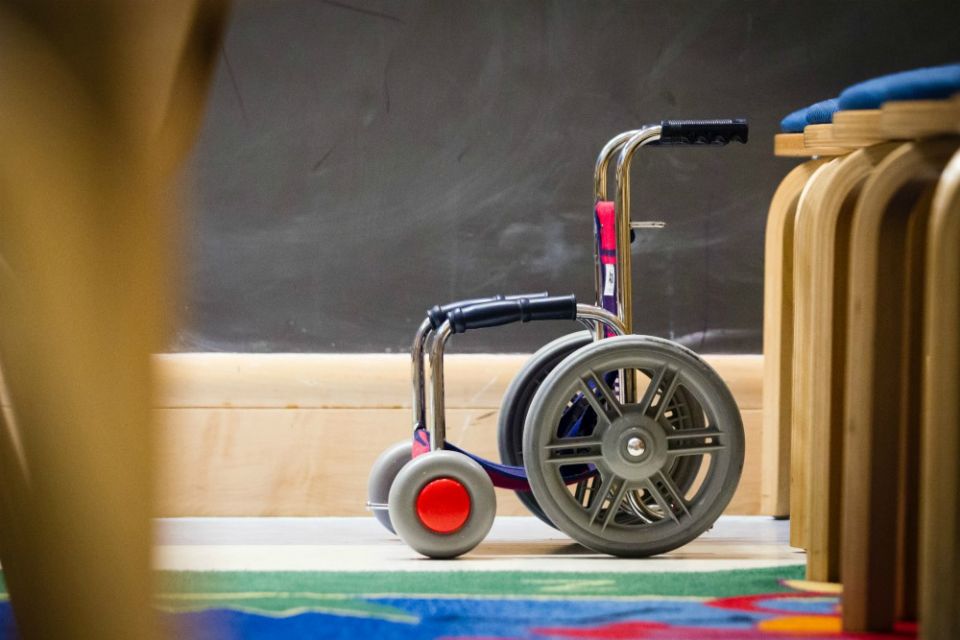 Did you ever hear the saying, "I could write a book about them?" Someday I might. What follows here is more than mere notes to that end.

In 2002, Doubleday published a book that included an essay my wife, Fotini, and I wrote about our then-teenage daughter, Elizabeth. Titled "Little Miracle," it was part of a compilation called I Like Being Married by our dear friend Michael Leach. He felt we had something worth sharing about the challenges — and unexpected joy — that come from raising a special needs child. Elizabeth was truly a special special needs child. At 4 years old, she was diagnosed with a rare condition called Lennox-Gastaut syndrome (LGS), one of the most brutal forms of epilepsy.

Our baby suffered profoundly as a result of countless petit mal and grand mal seizures. Her IQ plummeted 100 points. By the time she was 4, she could no longer walk or talk and never would again. At the end of our essay, when Elizabeth was 13, we wrote:

Although likely for her remaining lifetime to be nonverbal, wheelchair-bound, and completely dependent on others for all her needs, she is a beautiful young woman with the spark of life in her eyes and soul.

To us, she is the sun, the moon, and the stars.

Since July 26 is the 30th anniversary of the Americans with Disabilities Act, and 60 million Americans have a disability, Mike felt now was an acceptable time for us to round out and sum up her/our story.

Elizabeth never grew to more than a yard-and-a-half high. But you could see her soul, pure and whole, despite appearances. We continued to do everything for her in our small apartment, feeding, bathing, changing. We also spent much time advocating, to assure her, and others like her, the dignity and presence society often does not.

Elizabeth spent virtually her whole life, day by day, hour by hour, with us, including countless hospital stays and doctors' visits. We found ways to enroll her in special schools, and after age 21 to a day habilitation program, riding a bus on her own (though with a matron), run by AHRC, a family-governed organization for developmentally disabled individuals and their families. She eventually went to a special needs camp sponsored by the same organization, at first a difficult separation for us her parents, but as photos from every summer for 10 days showed, Elizabeth was having a ball.

Reaching 30 was a huge deal. We had become experts on LGS and on resources available but had never spoken among ourselves or to the medical community about Elizabeth's life expectancy. Yet, it was difficult to imagine our baby in middle age. We ourselves had now reached an age in which we could no longer care for Elizabeth without adequate help, which was hard to find. We needed a village at hand. We found a good intensive care facility. It was far away but still within our city. It was necessary, and was even better than expected.

At almost 32 years of blessing her parents, Elizabeth's brain finally gave out. This brain had experienced literally billions (that is not a misprint) of epileptic seizures of all types throughout her life.

Elizabeth had no friends in the traditional sense except for Mommy and Daddy, her teddy bear, Bow, and Pound Puppy. They were buried with her. The numbers that turned out for her viewing and funeral were staggering. Days before that, my wife "saw" Elizabeth skipping by and waving. At her burial, I heard her voiceless voice say, "I'm not underground, Daddy."

Fotini and I never had to face the most fearful question among caregivers of profoundly disabled adult children: "What will happen to her when I'm gone?" This became a final blessing: We had fought the good fight, finished the race, never wavered and through it all kept the faith, in ourselves, in Elizabeth, and God.

There you have it, Mike: more than notes. It is Elizabeth's epilogue.

[Evander Lomke is president of the American Mental Health Foundation.]

Column | You could see Elizabeth's soul, despite outward appearance

Quaker teacher looks at the end of life

Synod fathers should relish the uncertainty