Synodal process cultivates a sense of spirituality and wonder 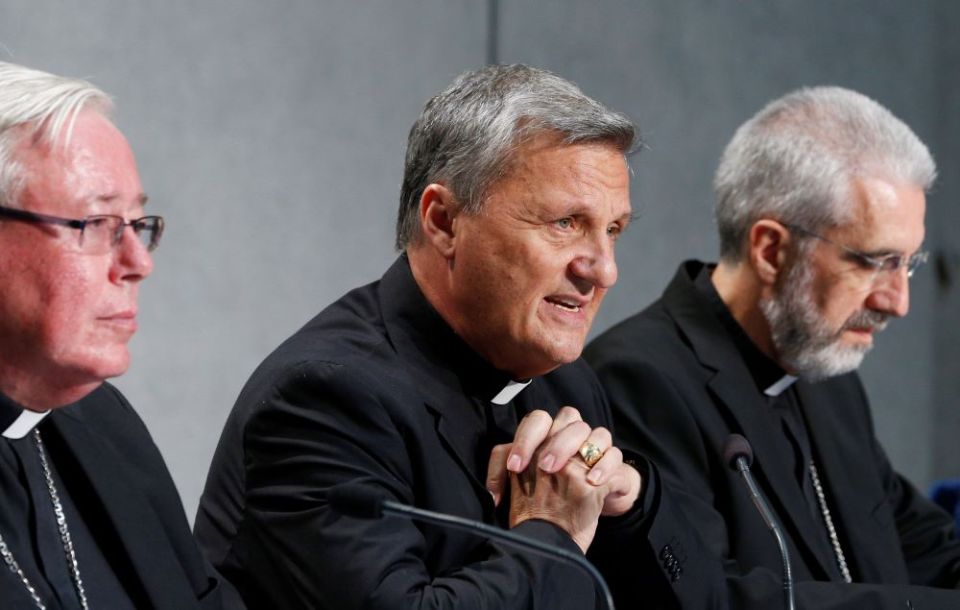 Cardinal Mario Grech, secretary-general of the Synod of Bishops, speaks during a news conference to present an update on the synod process at the Vatican Aug. 26. Also pictured are Cardinal Jean-Claude Hollerich of Luxembourg, relator general of the synod, left, and Bishop Luis Marín de San Martín, undersecretary of the synod. (CNS/Paul Haring)

As we read the reports about the synodal process, such as my colleague Brian Fraga's fascinating look at the synodal reports from non-diocesan organizations in the United States, it is clear that the practicality of the American character is shining through. The reports tend to get right to the issues: a more inclusive church, increased lay involvement in decision-making, increased opportunities for women in leadership roles, etc.

That said, it is also clear that the process itself is appealing to people, and it is almost impossible to stress this too much. If participants are overly focused on achieving a particular outcome, the synodal process will fail. I was heartened to read in Fraga's report that the synodal participants from the students and staff at my alma mater, the Catholic University of America, "had come to understand synodality as a way of being church in the world today."

Today, I would like to consider two aspects of this synodal process "as a way of being church in the world today" that warrant our focus as we study these reports: the centrality of spirituality to the process, and its relationship to Vatican II. 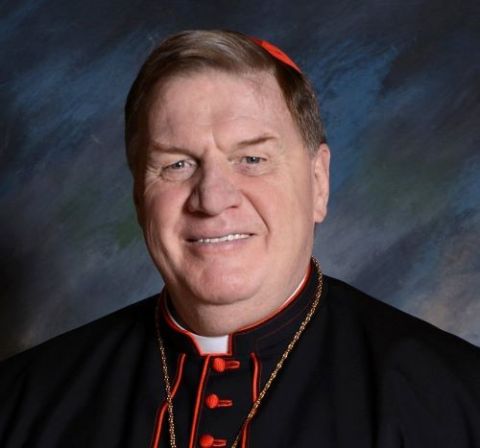 "Our Holy Father invited the Church into a process of 'synodality,' a way of being a Church that includes all the baptized in a humble search to understand what the Spirit is saying to us today," Cardinal Joseph Tobin wrote in releasing the synodal report from the Archdiocese of Newark. (CNS/Archdiocese of Newark)

The first is that the most important part of the process is not the conclusions the groups reach, but the disposition with which they start. "In October 2021, Pope Francis issued an invitation to the whole Church to gather and listen to the Holy Spirit in prayer, sharing, and discernment in preparation for the Synod of Bishops in October 2023," wrote Cardinal Joseph Tobin in releasing the synodal report from the Archdiocese of Newark. "While a synod is a meeting, our Holy Father invited the Church into a process of 'synodality,' a way of being a Church that includes all the baptized in a humble search to understand what the Spirit is saying to us today. One of the goals of synodality is to find ways to connect the Gospel, the good news of Jesus Christ, to people's everyday lives."

The idea that we listen to the Holy Spirit by listening to one another is new to most Americans, but it has always been central to "a way of being church." In the Act of the Apostles, Chapter 15, we read of the Council of Jerusalem, the first council in the life of the church: "So we are sending Judas and Silas who will also convey this same message by word of mouth: 'It is the decision of the holy Spirit and of us not to place on you any burden beyond these necessities.' "

St. Pope John XXIII referred to the role of the Holy Spirit in his magnificent 1962 address, Gaudet Mater Ecclesia, opening the Second Vatican Council: "The saints of heaven are here to protect our work; the faithful are here to continue to pour out their prayers to God; all of you are here so that, readily obeying the heavenly inspirations of the Holy Spirit, you may eagerly set to work so that your efforts will appropriately respond to the desires and needs of the various peoples."

We should be careful when we ask for the Spirit's guidance. The Spirit will call us to follow Christ, which always means carrying our crosses. The distinguishing characteristic of Christ's ministry on this earth was his radical obedience to the will of his Father. I hope that as the synodal process unfolds, we will see that word "obedience," more often in these reports.

The relation of the synodal process to Vatican II looms ever larger as we collect and collate the reports from around the world. I would like to call attention to the homily Pope Francis gave at the Mass with the new cardinals last month because he touched a theme I have not seen touched so clearly before: wonder.

That Mass, a votive Mass for the church, featured readings that invited a focus on wonder: The hymn that opens St. Paul's Letter to the Ephesians (1:3-14), which marvels at God's plan of salvation, and the Gospel passage from Matthew (28:16-20). in which the risen Lord commissions the Apostles.

"In the Pauline hymn, that expression — 'in Christ' or 'in him' — is the foundation supporting every stage of salvation history," the Holy Father noted. "In Christ we were blessed even before the world was created; in him we were called and redeemed; in him all creation is restored to unity, and all, near and far, first and last, are destined, by the working of the Holy Spirit, to the praise of God’s glory."

The most important part of the process is not the conclusions the groups reach, but the disposition with which they start.

In describing Vatican II, the first word must always be "Christocentric."

Considering the Gospel, the pope said, "If we enter into the brief but profound account found in the Gospel, if together with the disciples, we answer the Lord's call and go to Galilee — and we all have our own Galilee within our particular histories, that Galilee where we sensed the Lord's call, the gaze of the Lord who called us; go back to that Galilee — if we go back to that Galilee on the mountain that he pointed out we will experience a new wonder. This time, we will marvel not at the plan of salvation itself, but at the even more amazing fact that God calls us to share in this plan."

A missionary, evangelizing, church is surely the second word to be said about Vatican II.

A third word — actually, two words — in getting to the heart of Vatican II are "ressourcement" and "renewal." The two go together, hand-in-hand, the church returning to its sources in the Scripture and the early church as a means of renewing itself for the challenges of our time. And reading the Scriptural accounts — not just these two! — and the early church fathers, it is the sense of wonder that is most striking. The outrageous claims our faith makes — the crucified lives, all creation is created in Christ, he is with his church until the end of the age, etc. — these claims were still fresh and still provocative. They could get you killed!

Pope Francis commended this sense of wonder to the assembled cardinals, but also to the rest of us as we engage in this synodal process. He said:

Brothers and sisters, this kind of wonder is a way to salvation! May God keep it ever alive in our hearts, for it sets us free from the temptation of thinking that we can "manage things", that we are “most eminent”. Or from the false security of thinking that today is somehow different, no longer like the origins; today the Church is big, solid, and we occupy eminent positions in its hierarchy — indeed they address us as “Your Eminence”… There is some truth in this, but there is also much deception, whereby the Father of Lies always seeks to make Christ's followers first worldly, then innocuous. This can lead you to the temptation of worldliness, which step by step takes away your strength, takes away your hope; it prevents you from seeing the gaze of Jesus who calls us by name and sends us out. Those are the seeds of spiritual worldliness.

The "temptation of thinking that we can 'manage things' " is the most American of temptations, no? The "business of America is business," after all. MBA programs are filled to the brim. Our American contribution to Western philosophy is pragmatism. In the post-conciliar era, we have applied the lens of the social sciences to our theology and we have benefited from the insights gained, but I wonder if we have calculated the cost, a cost measured in lost wonderment.

We are at an interesting stage in the synodal process, with the participating groups issuing reports. Reports! The word does not excite. Yet, it is clear from the reports that people appreciated this process, that it was not just, as the critics derided it, a series of meetings about meetings, but an ecclesial gathering about what it means to be the church in our time. We did not go to Galilee, or, as the pope indicated, we went to our own Galilees. Who can gainsay that the Lord summoned this synodal process? And that, my friends, should be a source of precisely the wonder that the pope recognizes will keep this synodal process one in which it is the Spirit of Christ who acts as the protagonist, and not our poor selves.

Opinion | Synodal process cultivates a sense of spirituality and wonder

What the Vatican's synod could learn from Elizabeth Cady Stanton