Threatening all creation, nuclear weapons are a climate justice issue, too 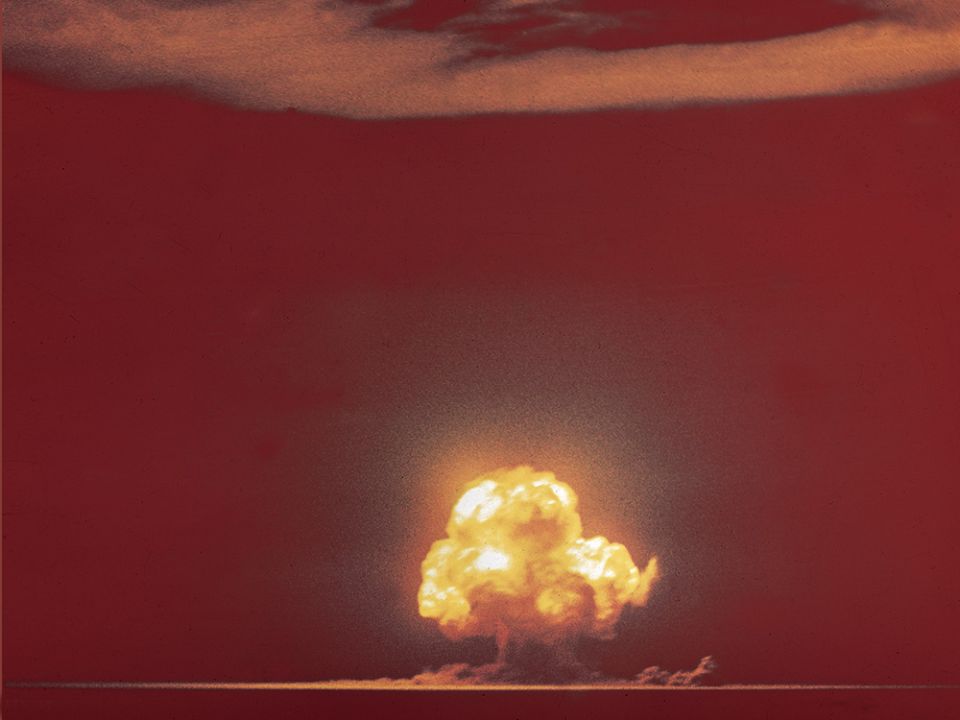 Last week marked the beginning of the 2022 Season of Creation, the ecumenical period of prayer, reflection and action that begins on Sept. 1 and continues until the feast of St. Francis of Assisi on Oct. 4.

There is certainly much to consider, including what Pope Francis expressed in his Aug. 31 general audience: "May this year's theme, 'Listen to the Voice of Creation,' foster in everyone a concrete commitment to care for our common home. At the mercy of our consumerist excesses, our sister Mother Earth groans and begs us to stop our abuse and her destruction. During this Season of Creation, let us pray that the UN COP27 and COP15 summits may unite the human family in decisively addressing the twin crises of climate and biodiversity loss."

In addition to the pope's suggestions, as I reflect on what to focus my attention, prayer and action toward during this year's Season of Creation, I find myself returning to the publication earlier this year of an important pastoral letter by Archbishop John Wester of Sante Fe, New Mexico. In "Living in the Light of Christ's Peace: A Conversation Toward Nuclear Disarmament," Wester reminds Christians of the still-present and ever-threatening reality of nuclear weapons in the United States and abroad. 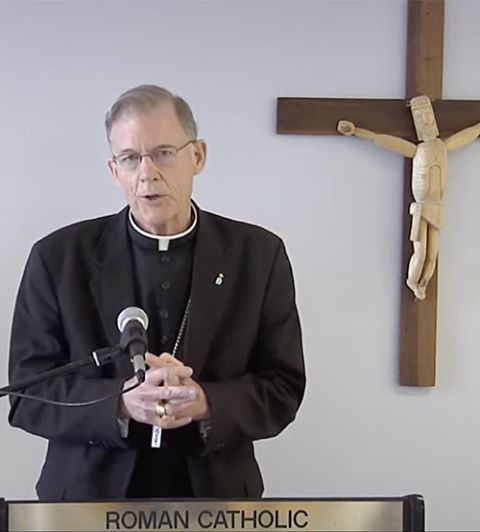 Feeling a particular pastoral responsibility to highlight the issue as the archbishop of Santa Fe, which includes several nuclear facilities where the weapons dropped at Hiroshima and Nagasaki, Japan, had been developed and tested, Wester writes:

Historically, the Archdiocese of Santa Fe has been part of a peace initiative, especially given our role in the creation and manufacture of nuclear weapons. I believe that it is time to rejuvenate that peace work. I think we need to sustain a serious conversation in New Mexico and across the nation about nuclear disarmament. We can no longer deny or ignore the dangerous predicament we have created for ourselves. We need to start talking about it with one another, all of us, and figure out concrete steps toward abolishing nuclear weapons and ending the nuclear threat. If we care about humanity, if we care about our planet, if we care about the God of peace and human conscience, then we must start a public conversation on these urgent questions and find a new path toward nuclear disarmament.

While Wester's pastoral letter focuses on the persistent threat to humankind resulting from nuclear war, he also acknowledged that nuclear weapons pose an unparalleled threat to the entirety of creation, to our whole planet and all who share "our common home."

He writes: "It seemed blasphemous to me that we could create a weapon with the potential to destroy our entire planet, our common home, given to us by a loving God to be cared for and nurtured so that all might live in God's peace."

Earlier this summer, I had the opportunity to attend a workshop with Wester, sponsored by the Association of United States Catholic Priests. In the standing-room-only gathering, the archbishop offered background on the development of the letter, elaborating on the personal reflections contained early in the text, and then facilitated a conversation about the issue of nuclear disarmament.

The conversation, like Wester's pastoral letter, was both inspiring and challenging. It occurred to me that I — and many others gathered there — had not been thinking about the continued threat to all creation that nuclear weapons still pose.

If global climate change is the slow-motion destruction of habitable conditions on this planet, then nuclear war is just that accelerated to an incomprehensible speed.

Like many other children of the Cold War, after the Berlin Wall fell in 1989, I let myself unwittingly go about living without much of a thought that the same material conditions that used to understandably frighten the human population are still in play. In fact, the number and destructive force of nuclear weapons have only increased over the decades.

I also realized that the need to work toward nuclear disarmament was a lot like the need to address global climate change. If global climate change is the slow-motion destruction of habitable conditions on this planet, then nuclear war is just that accelerated to an incomprehensible speed. They are also both the responsibility of humanity, for it has been our anthropocentrism and hubris, our greed for wealth and power, our obsession with control and domination that have led to these twin catastrophes. They are two species of the same destructive genus.

I am not the only one to make this connection between nuclear war and global climate change. Earlier this year in The Atlantic magazine, journalist Robinson Meyer wrote a short piece with the sobering headline: "On Top of Everything Else, Nuclear War Would Be a Climate Problem."

Occasioned by the Russian invasion of Ukraine and the subsequent protracted war, Meyer's article shines a spotlight on the intersection between a potential nuclear attack (in this case by Russia) and global climate change.

Using the example of a one-megaton nuclear bomb and bracketing the admittedly horrific effects of those in the immediate blast zones and those, for miles, who would suffer instant irradiation (not to mention the long-term radioactive effects at greater distances), Meyer talks about the way that the global climate would be affected in dramatic ways.

The climate nightmare begins with "the hot, dry, hurricane-force winds" that would trigger wildfires across the globe. The megatons of ash pushed high into the atmosphere would affect the planet's temperature by partially shielding the Earth from the sun, which would further destabilize weather patterns, including the reduction of "global precipitation by about 10%, inducing global drought conditions. In parts of North America and Europe, the growing season would shorten by 10 to 20 days."

In addition to the thousands if not millions of humans destroyed by even the launch of one nuclear weapon, the short- and long-term climate consequences are also very real and frightening.

This, of course, would result in the heightened likelihood of a global food crisis, which is not at all surprising when one considers the market destabilization and consequences of Ukrainian grain not being allowed to ship out due to Russian occupation of ports.

More dominoes in this nuclear-war-induced cascading climate catastrophe could be named, but you get the point. In addition to the thousands if not millions of humans destroyed by even the launch of one nuclear weapon, the short- and long-term climate consequences are also very real and frightening.

During the coming weeks of this Season of Creation, I invite all people of goodwill to read Wester's pastoral letter and heed his closing lines: "But it is not enough that we become instruments of peace, as important as that is. No, we must take up the cause of worldwide nuclear disarmament with an urgency that befits the seriousness of this cause and the dangerous threat that looms over all of humanity and the planet."

In addition to reflection and prayer, we are also called to action during this time. We can educate others and ourselves about the persistent threats of nuclear weapons, and then advocate for their abolition. This is needed not just to remove the nuclear threat to human life, but so we can continue to work for a more sustainable future in response to climate change.

As the journalist Meyer notes at the end of his article, "Renewables, wind turbines, and other decarbonization technology, meanwhile, require secure factories, highly educated engineers, and complicated global networks of trade and exchange. They depend, in other words, on everything that peace provides. Solving climate change is a luxury of a planet at peace with itself."

Opinion | Threatening all creation, nuclear weapons are a climate justice issue, too

The scariest issue rarely mentioned in the campaign