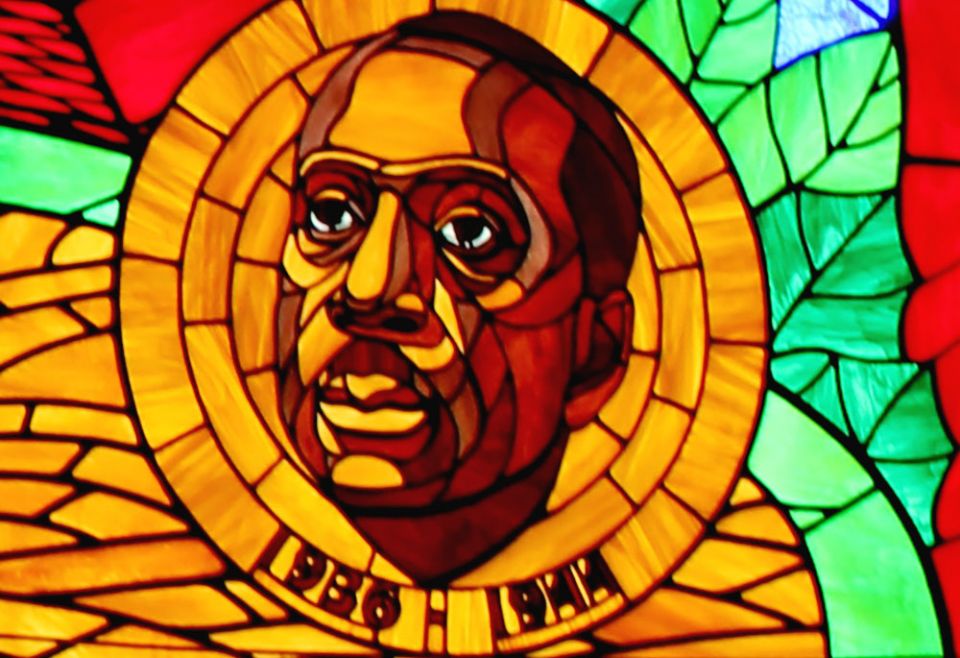 What if the key question for Catholics to ask this Martin Luther King Jr. Day isn't whether Black Lives Matter is a pseudo-religion, but whether Catholicism itself in its response to racism in the United States is representative of the religion of Jesus Christ?

The speech has been rightly criticized for channeling the wealthy, elite worldview of the Napa Institute; grossly generalizing things ranging from Black Lives Matter to liberation theology; and being indifferent to the raw immediacy of the racist injustice that prompted the largest protests in American history. Where Pope Francis praised those who protested on behalf of George Floyd as modern-day good Samaritans, Gomez described the same people as opponents of Christianity.

The focus of most criticisms has been on the speech's dismissive assessment of Black Lives Matter. But the speech raises another matter that warrants the self-critical attention of the church: whether Catholicism itself is fit to respond to the challenges today of racism and white supremacy.

In his speech, Gomez offered a notably abstract and individualistic vision for such a Catholicism. He announces the need to proclaim Jesus, but his Jesus seems to float above the injustices at issue.

He insists that the church has been anti-racist from its beginning but fails to acknowledge centuries of Christian belief being used to justify racial hierarchy. While he praised the holy examples of Dorothy Day and Augustus Tolton (the first publicly known African American priest ordained in the U.S.), he neither mentioned Day's radical critique of society nor enumerated the vast legal regime that enslaved Tolton for the first years of his life. It's a Catholicism of abstract doctrine and saintly individuals all effortlessly transcending the ills of their times.

As the archbishop said in the speech, we need to tell the story of salvation in a new way in the face of racism and white supremacy. But there has to be a better way than the one Gomez described.

Outstanding theologians like the Fr. Bryan Massingale and M. Shawn Copeland have offered visions for a Catholic Christianity that could help us respond to the challenge of racism. We must continue to read and learn from their examples.

'I can count on the fingers of one hand the number of times that I have heard a sermon on the meaning of religion, of Christianity, to the man who stands with his back against the wall.'

There are also examples that Catholics to turn to outside of our denomination, including the 20th-century classic Jesus and the Disinherited by the acclaimed African American Protestant theologian Howard Thurman.

Thurman was an adviser to Martin Luther King Jr., and his book was a favorite of King's as well. Thurman's brief, powerful classic allows us to experience anew the concern among African American thinkers before the rise of the civil rights movement, in which many searched for credible renewal of Christianity in the aftermath of slavery and amid a century of segregation. Thurman's arguments echo in our time and we can learn a great deal from them.

He powerfully announces the theme of the book: "I can count on the fingers of one hand the number of times that I have heard a sermon on the meaning of religion, of Christianity, to the man who stands with his back against the wall. It is urgent that my meaning be crystal clear. The masses of men live with their backs constantly against the wall. They are the poor, the disinherited, the dispossessed. What does our religion say to them?"

It's helpful to consider Thurman's case for a renewed Christianity in three steps. First, he returns to the historical Jesus — not a Jesus floating above history — and likens the unstable and threatened status of Jesus as a Jew living under Roman imperial power to the unstable and threatened status of African Americans living under the destructive whims of midcentury American power.

Second, Thurman argues that Jesus' proclamation of the kingdom of God was an ingenious way by which to deliver the oppressed from the ravages of fear, duplicity and hate (for Thurman, the three great spiritual enemies) engendered by systems of oppression. For us today, Thurman's arguments in this regard can seem both rightly moral and one-sidedly interior. But it is essential to understand that he saw the deliverance from such internal spiritual enemies as an indispensable step on the road toward the transformation of society.

But it's the third aspect of Thurman's argument that is the most relevant now to reimagining Catholicism: his subtle evocation of the struggle with fear, duplicity and hate on the part of the oppressed. Today, we rightly speak about systemic racism and structures of oppression. But we don't as commonly evoke the inner spiritual and human cost of such social evil.

Thurman frames his discussion of these destructive aspects of the human spirit by insisting that for Christianity to be credible it must understand that all those with their backs to the wall are before anything else trying to survive. And this isn't survival understood as enduring in an otherwise occasionally oppressive world. Rather, it's survival in the face of a pervasive fear "spawned by the perpetual threat of violence everywhere."

Moreover, this is a "violence that is devoid of the element of contest. It is what is feared by the rabbit that cannot ultimately escape the hounds. One can almost see the desperation creep into the quivering, pulsing body of the frightened animal."

Finally, Christianity must also credibly address the fact that this struggle for survival "is not solely a question of keeping the body alive," Thurman said, "It is rather how not to be killed. Not to be killed becomes the great end, and morality takes its meaning from that center."

Gomez's speech reflects almost no sense of such mortal battles. We need a Catholicism that responds to the prophetic challenge of Thurman and many others. David E. DeCosse is director of religious and Catholic ethics at the Markkula Center for Applied Ethics at Santa Clara University. Follow him on Twitter: @daviddecosse.