Why do we still tolerate Mass stipends? 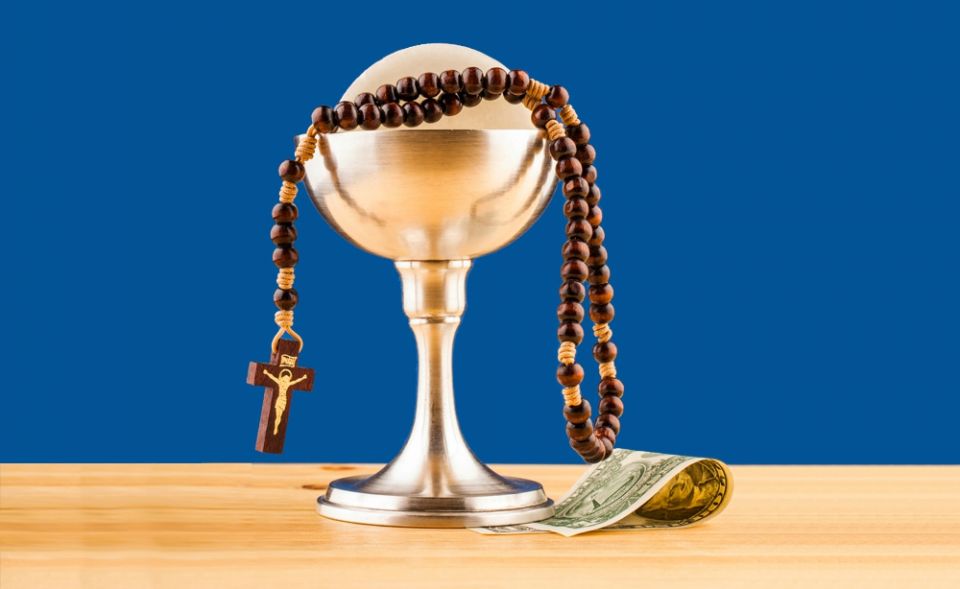 As a good, inquiring Protestant, my Uncle Ray often asked me to explain Catholic practices. This was especially the case once I went into high school seminary. In his mind, that step made me the family's expert, the official "explainer."

In particular, he couldn't understand how we Catholics could charge money for doing holy things, Masses especially. I didn't understand either. He showed me all sorts of Scripture texts condemning such practices, presuming I, as a good Catholic, could provide the proper arguments to circumvent those passages.

Believing there was an answer to every question that arose in the church, my usual response was, "I haven't learned the answer to that yet, Uncle Ray. But I'm pretty certain we'll get to it next year."

I jokingly tell people that I stayed in the seminary believing I'd eventually learn the argument to counter my uncle's objections to stipends. But to my surprise, one day I realized I'd been ordained, and I still hadn't gotten the answer. For some reason, we never covered it.

I now have a licentiate in theology along with my doctoral studies in Scripture, and I still can't answer his questions!

The church's official teaching on the subject is that no one receives any more graces or merit by having a Mass "said" for him or her than someone whose name is never brought up in such a context. That's a thankful relief, since actually paying for a Eucharist seems to be a rare occurrence throughout the world. We affluent countries have a corner on the market of getting released from purgatory by employing the stipend method. Few people in other countries can afford it. If you die and want to make certain you get to heaven quickly, you're blessed if you die a well-to-do American Catholic.

But what actually do you get when you have a Mass said for someone? Nothing anyone doesn't get by not having a Mass said for someone. The graces flowing from the Eucharist are infinite, and are supposedly applied equally to every human being who ever lived. The church officially looks at stipends only as a generous gift to the priest or the institution who carries out our request. Grace from the Eucharist comes to all of us, whether or not we pay a Mass stipend.

We once had a free weekly newspaper distributed in our area. Each Wednesday, when we woke up, there it was in our front yard. Yet in spite of it being free, once a year the paper would send out subscription bills. According to their records, they'd collect thousands of dollars in subscriptions for a paper we would methodically receive whether we wanted it or not. Sound familiar?

Once Christians began to look at the Eucharist as a thing instead of an action, it became a commodity. In some sense, like all commodities, it could now be bought and sold.

The pre-Reformation practice of communities of priests who had no other ministry except to say Mass all day was a logical result of holding such a mentality. Martin Luther remarked he once watched three consecutive Masses being said on the main altar of Rome's St. Peter in Chains Church in less than a half hour.

Whole religious communities were not only supported by stipends; they got rich from them. The faster Masses were said, the more Masses could be said. Priests didn't even waste time reading the eucharistic formularies; many simply memorized one formula and kept repeating it over and over again.

On some level, that was still the situation centuries later. During my eight years of grade school, almost every morning Eucharist was a "Requiem Mass" celebrated for a deceased person. To this day, many of us old-timers can still sing the first lines of the "Dies Irae" by heart. We heard it five days a week.

Thankfully, the Council of Trent got rid of the worst stipend abuses — for instance, they limited priests to just one stipended Eucharist a day, except on special occasions — but not even those 16th-century reforming bishops had the courage to completely abolish the practice. By then, it was too deeply ingrained into Catholic people's approach to their faith.

I certainly don't think it's accidental that the church's theology about purgatory developed parallel to its practice of Mass stipends, especially when at least part of a priest's salary came from that source. Starting after the priests of our diocese agreed not to personally take stipends — but to put them in the parish account — I noticed fewer and fewer sermons and homilies preached on the "poor souls."

I don't think anyone consciously decided to put the topic on the back burner, it's just that there didn't seem to be the same urgency to get those souls out of purgatory as there was when one could have a Mass said to help him or her along on their journey to heaven. (I also noticed in some parish bulletins that many priests, after renouncing stipends, didn't hesitate to cancel one or two eucharistic celebrations during the week. It didn't take long to figure out that no matter how many Masses they said, they still got the same salary.)

Through the years, we've been embarrassed at how some individuals have turned stipends into a farce. A couple, for instance, in one of our parishes beat the "system," making certain they'd included more than enough money in their will to guarantee every future celebration of the Eucharist in their parish could only be said for the repose of their souls. No other parishioner could ever schedule a Mass for a loved one if the stipulations of the will were actually carried out.

Along the same line, my own diocese "charged" $5 per Mass for years, though the state's other dioceses charged $10. People were constantly crossing diocesan boundaries to get two for their buck, until our bishop eventually caved in under the pressure and doubled the price per unit.

I believe one reason we're so enamored of stipends is that we simply don't want our loved ones to be forgotten. Seeing their names in the Mass Intentions section of our parish bulletin gives them some sort of ongoing presence in our lives even after they've died.

One way our parish took care of this desire was by faithfully including their death anniversaries in our bulletin. To the relief of their families and friends, their names were publically listed at least once a year, without anyone having to give the parish $10. They weren't forgotten. 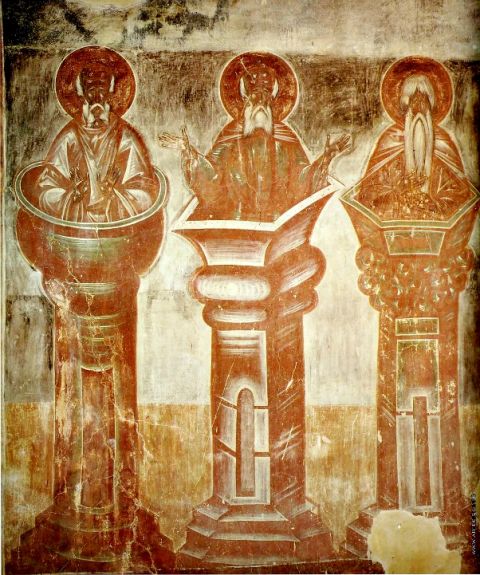 "After a while, people just stopped doing it": Three stylites are depicted in a 14th-century fresco in the Church of the Transfiguration in Veliky Novgorod, Russia. (Wikimedia Commons)

Mass stipends are a constant reminder that somewhere along our church's history, we've really corrupted the celebration of the Lord's Supper. As I mentioned above, quoting Luther, within a couple centuries of Jesus' death and resurrection, we turned an action into a thing.

Back 50 years ago, Fr. Frank Murphy taught us North American College students that our main task in presiding at the Eucharist wasn't to say the right words or employ the proper ritualistic gestures, but to help form the participants into the body of Christ. The late auxiliary bishop of Baltimore couldn't have taught us better. Once we priest presiders make that the center of our eucharistic ministry, we'll never again even think about receiving a stipend for what we've done.

Yet even if the official church never steps up and bans Mass stipends, we have a way to get rid of them. Simply stop giving them! No one points a gun at our head and forces us to pay to have a Mass said. That's our personal decision. As far as I can tell, the church never officially banned the fourth- and fifth-century practices of the "stylites," Christians who chose to live their entire lives on top of a platformed column as a sign of their dedication to Jesus. After a while, people just stopped doing it.

If we stop putting money in our will "for Masses," or filling out those well-meaning "Mass cards" at funeral homes, I'm certain stipends will go the way of the stylites. In the last several years, some obituaries in our area have actually carried the request that no Masses be said for the deceased.

One of the points Pope Francis made a couple of years ago when he addressed our American bishops was that they should avoid spending time teaching "complicated doctrines." If I couldn't explain Mass stipends to my Uncle Ray, we've obviously crossed the complicated line.

[Roger Karban is pastor-emeritus of Our Lady of Good Counsel Parish in Renault, Illinois. He teaches Scripture courses at St. Louis University and Southwestern Illinois College.]

Commentary | Why do we still tolerate Mass stipends?

The church is more than just the pope