Humility can be the key to moving forward 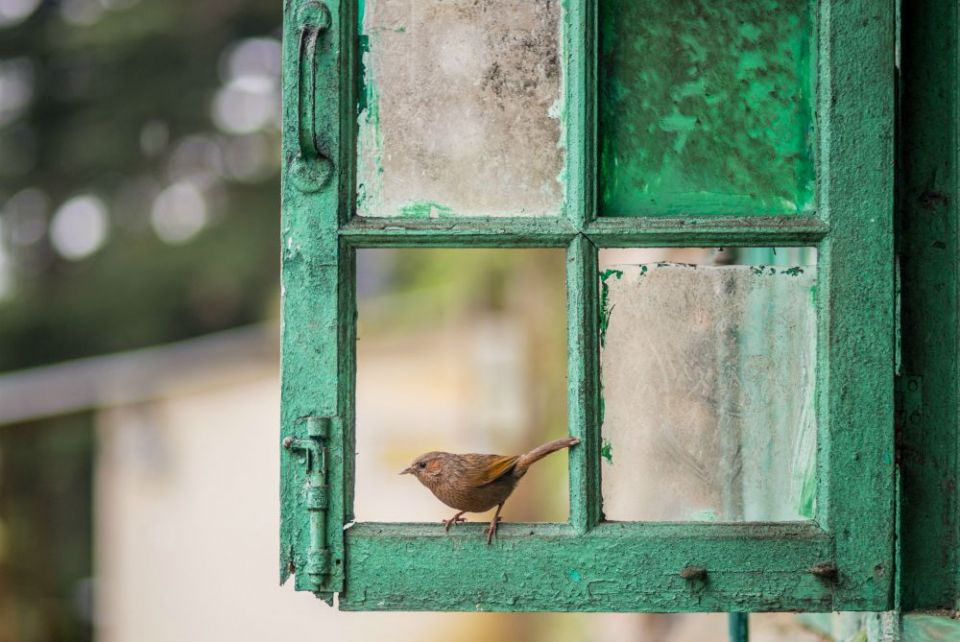 A coworker calls to me from her computer, her head already shaking back and forth, "Did you hear?" Whether I've heard or not, I'm not sure I want to know. The news, it seems, isn't all that good recently. I find myself shaking my head before she's done delivering whatever news has broken. It's better to know than not to know, I tell myself, holding whatever the breaking news of the day is and praying for our broken world as I take it in.

The news these past few months has been troubling to say the least. Institutions that should instill trust have instead betrayed it. Each new headline brings with it a flurry of emotions. In the church, new revelations of wide-spread and institutionally covered-up sexual abuse against minors has shaken the faith of Catholics in the United States and beyond. News of former Cardinal Theodore McCarrick's abuses of power and those put under his charge brought with it a new round of questioning the power structures within the church. Meanwhile, in society, the #MeToo movement has revealed sexual abuse and harassment in the workplace and on a larger scale. Within government, a number of scandals have broken, the most vulnerable of society have been compromised, and powerful people have been called to answer for their misdeeds.

Troubling times call for drastic measures. What response could measure up to the needs of these times? What could conjure up hope or bolster a community, country and church in anguish? It might seem foolish, but in this muddled moment, a moment in need of greatness and fortitude, perhaps part of the key to moving forward is an apparent opposite: humility.

This virtue in its truest form might be exactly what these troubled times are calling for. The essence of humility is this: to know yourself as you truly are, your gifts and struggles; to acknowledge that you are small in the grand scheme of things, but even in your smallness you are created and beloved by God. It means having a realistic self-image and as a result, a grasp on the reality of the world around you.

Contrary to popular belief, the exercise of humility is not to cower in the face of compliments but to honestly assess one's own being. A humble heart holds the truth of both its giftedness and its neediness, as well as that of the world. The word humility derives from the Latin word humus meaning "earth." And so, to live humbly is to literally be "of the earth." Thus, true humility is to be in touch with the ground of our being, the very dust that we are made of and the dirt of life.

In this moment in history, the dirt is overwhelming. Simply engaging the brokenness of life will make us feel small. The choice we have is to embrace the humility conjured up at this moment and to boldly stand as people without the answers, people hurting and confused, imperfect people trying to make a way for faith and hope to prevail.

The temptation of our times is to embrace an illusion of ourselves and a false sense of control — to curate the self we share with the world and to choose to hear only the news, voices and perspectives we want to hear. Humility, in contrast, grants us the ability to see ourselves as we truly are. In true humility, we can acknowledge our gifts and also recognize our shortcomings. With humble hearts, we engage the world around us, choosing not to shy away from what is troubling but to claim our place in it all, even if only as witnesses to the realities of this day and age. To do otherwise would be to avoid reality, to sugarcoat the bitter pill and to claim to be "other than" rather than "one with" the reality of what is.

Famously, Lilla Watson, activist, academic, artist and indigenous Australian, said, "If you have come here to help me, you are wasting your time. But if you have come because your liberation is bound up with mine, then let us work together." If we can humble ourselves enough to recognize that we do not have all the answers and may in fact benefit and learn more from sharing and growing in relationship, then we open ourselves to the possibility of finding light in the darkness and emerging with a sense of solidarity and triumphant hope. That's not to say that the troubling times won't continue, but it is a call to foster hope even in the most troubling and disturbing of times.

Together, we don't have to go it alone; imperfect, we don't have to (and see we can't) solve the world's problems on our own but instead we commit to the steady, if slow, work of change through the work of awareness and action.

Humility is grounded in awareness and action. Aware that we are human, full of foibles, we are humbled. Our lives are based in such self-discovery as we continue to grow in knowledge of ourselves. As Christians, we are constantly reminded of our humble being and the humility our faith requires. "Blessed are the meek, for they shall inherit the earth," Jesus preaches in the Sermon on the Mount. Meekness, the gentle and loving nature of those who truly know themselves in relationship to God and others, is the condition for taking on the troubled times of our world.

Aware of the many problems in our world — the pressing needs and tragedies of our society, government, and church — we can feel powerless and defeated. A heart can only hold so much. The primal instinct in this moment is to shut down and tune out the world around us. Complacency and apathy draw near awaiting the opportunity to settle into our souls. This is when action, no matter what size or to what extent, is so important.

Meekness is not the same as weakness. It requires a strong faith and stalwart character. To become and remain aware in this day and age can be exhausting. In the face of such a challenge, it is the humble of heart who live lives alert to reality.

By acting on what we are aware is in disarray, even if the action is simply to engage in dialogue with someone else in the midst of confusion, frustration, sadness or weariness, we continue to engage in a real way and remain humble in doing so. Choosing to remain active and engaged grounds us; we remain open to learning and growing and, in the process, allow our horizons to expand rather than being confined by — what can seem like — perpetually bad news.

Humility gives us an opportunity to hold the reality of what is without having to make excuses or provide solutions. In that space, we are on the ground floor of what is. This allows us to build our understanding from the ground up. Positioned on the bottom, we cultivate resilience and grow in reliance on God. We face reality wholeheartedly and trust and pray that whatever comes our way our humble hearts may be able to hold it and respond accordingly.

[Colleen Gibson is a Sister of St. Joseph of Philadelphia. Author of the blog Wandering in Wonder, she currently serves as coordinator of services at the SSJ Neighborhood Center in Camden, New Jersey.]

Editor's note: This article originally published on Global Sisters Report in the weekly Horizons column, where younger sisters reflect on their lives, ministries, spirituality and the future of religious life.

Column | Humility can be the key to moving forward

Salvation through Christ is available to all

What will this country be like after four more years of President Trump?

Lens on Creation: New life in the garden